Wednesday was a lucrative day for Rona Inc. chief executive officer Robert Sawyer, who saw the value of his shares and stock options climb by $14-million under Lowe's Cos. Inc.'s friendly takeover offer for his hardware chain.

After fewer than three years in the CEO job, Mr. Sawyer stands to reap more than $22-million from his equity holdings if the takeover bid is concluded at the $24-a-share offering price announced by Lowe's early Wednesday.

Prior to the bid for Rona, Mr. Sawyer's total stock options had minimal value – just $161,986 – and many were entirely under water. Rona's shares closed Tuesday at just $11.77 after sliding slowly from a recent peak of $16.85 last April.

At $24 a share, the U.S. retailer's bid for Rona came in at more than double Tuesday's close, pushing the value of Mr. Sawyer's options to $5.4-million at that price. Coupled with his holdings of more than 711,876 common shares and share units, Mr. Sawyer's total equity holdings are worth $22.5-million under the Lowe's bid price, an increase of $14-million in a single day.

Mr. Sawyer joined Rona in April, 2013, after a 33-year career at grocery chain Metro Inc., where he was chief operating officer and second-in-command at the company. Rona had ousted his predecessor, Robert Dutton, months earlier, following a badly managed acquisition spree that left the company with falling profit and an unwelcome hostile takeover bid.

Since joining the company, Mr. Sawyer has not cashed out any share units or stock options, many of which were under water and had no value, according to insider-trading reports filed with regulators.

In addition to his equity value, Mr. Sawyer's gains could increase further if Lowe's decides to terminate him after taking control, making him eligible for severance payments estimated at $4.15-million, according to the company's most recent shareholder-proxy circular.

Under the terms of his contract, Mr. Sawyer is owed two years of salary and target bonus payments as part of his severance if he is dismissed within 12 months following a change of control of the company. Dismissal also includes constructive dismissal if his job duties are downgraded under the new regime.

Lowe's said on Wednesday its Canadian operations will be headed by Sylvain Prud'homme, president of Lowe's Canada, and said executives from both companies "will work to assure a smooth and effective transition."

Lowe's chief development officer Richard Maltsbarger told analysts the ultimate fate of Rona's executives is "a level of detail that is still too early to discuss.

"We have only now just announced, and our integration planning is tied to steps that have to go in concert with the shareholder approval and the regulatory approvals," Mr. Maltsbarger said.

Mr. Sawyer did not disclose his role when asked by analysts about his plans, replying that "nothing has been discussed at this point that we can reveal."

Rona's largest shareholders will be the biggest winners from the Lowe's deal.

Quebec pension fund Caisse de dépôt et placement du Québec, the company's largest investor, owns more than 17 per cent of Rona's common shares. Its stake was worth $214.6-million based on Tuesday's closing price of $11.77, but it would more than double to $437.6-million at Lowe's offer price of $24 apiece, a gain of $223-million.

The Caisse said it was prompted to tender its shares by not only the 105-per-cent premium compared with the 30-day average stock price, but also because of Lowe's commitments to Quebec. "Over all, la Caisse believes the transaction will result in equal or superior economic activity generated by the Rona banners in Quebec," the pension fund said in a statement.

The Caisse invested in Rona well before the home improvement company marked its 75th anniversary by going public in 2002. The last significant share purchase came in 2012, when the Caisse took on additional 2-per-cent stake in the business, paying $14.17 a share. The pension fund opposed Lowe's first takeover bid, and then took on a more active role in shaking up Rona's board.

Invesco Ltd. is Rona's other major equity investor, holding about 9.4 per cent of the company's outstanding shares. Those were worth $118.6-million Tuesday, but under the terms of the deal would be valued at $241.8-million.

Invesco was among the shareholders that supported Lowe's first bid for Rona. When the deal fell through, Invesco suggested all of Rona's directors be removed and new ones elected in their place in order to boost the company's performance. That call came after Rona had already parted ways with Mr. Dutton.

Mr. Sawyer was asked to reflect on the price to be paid by Lowe's during a call with analysts Wednesday, saying that the hefty premium was enough for the board to enter into an exclusivity agreement with Lowe's, without entertaining other bidders. 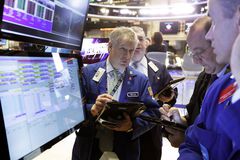