It was the stuff of science fiction not long ago, but surgeons around the world today are increasingly using robots and advanced optics to assist in complex surgery.

And many are doing it with technology developed in Canada by Synaptive Medical Inc. The Toronto-based maker of robotics, imaging software and clinical research collaboration tools is helping to dramatically improve surgical outcomes, especially on delicate areas of the body such as the spine and brain.

Until recently, those benefits were enjoyed almost exclusively by Synaptive's customers south of the border. "We got regulatory clearance in the U.S. first and recently got clearance in Canada," says chief executive officer Peter Wehrly.

The company, which was founded in 2012, now has more than 300 employees, including sales staff in global markets where regulatory approvals are expected to come soon. Its annual revenue growth rate has reached as high as 75 per cent, with nearly all sales in the United States so far.

Mr. Wehrly and his co-founder Cameron Piron, the company's chief strategy officer, are setting their sights on global expansion after building relationships and navigating regulatory processes in Europe, Singapore and Australia.

How did Synaptive gain a foothold in the medical device market?

"People think of robotic surgery as robots enhancing the dexterity of a surgeon's hand or alignment, but it's still very much surgeon-driven surgery. We're also starting to see the advent of machine learning and artificial intelligence facilitating better decision making."

The company says its technology is helping to minimize complications such as dural tears during spinal surgery by as much as 75 per cent, and even reducing patient recovery times. "Where somebody might have spent a week in hospital [recovering from surgery], we're seeing them leave in 24 or 48 hours," Mr. Piron says.

Data such as these are sure to pique the interest of any clinician, but the company's core customer base – neurosurgeons and other specialists, not to mention hospital executives and even government bureaucrats – is extremely busy and hard to access.

Early on, Synaptive's leaders knew they would have to address the challenges that top surgeons encounter every day, then meet with them.

They began by tapping contacts they had developed during previous stints at companies in the medical field. Once they'd connected with a few leading surgeons, Synaptive staff began asking questions, noting equipment shortcomings and logging operational issues.

Those moves translated into eventual sales once Synaptive's technology was given the regulatory thumbs up from the U.S. Food and Drug Administration.

Once their technology was in the hands of top vascular and neurosurgeons south of the border, word began spreading across the medical community that Synaptive's tools were worth a look. Institutions such as Atlanta's Emory University Hospital, the Gates Vascular Institute in Buffalo and the Indiana University Health Methodist Hospital in Indianapolis eventually signed on as customers.

Revenue began to grow as more of the company's tools – which cost between $150,000 for software to $1.2-million for one of the firm's advanced robotics units – found their way into hospitals across the United States.

Credit for much of that export success can be attributed to a simple strategy: giving clients a hand in product design, says Mr. Wehrly.

"One of the most important parts of a regulated medical device industry is getting feedback from your customers and putting that straight into enhanced versions of your product," he says. "The idea of some of our product lines have come from that interaction with surgeons. They've identified problems and we've worked hand in hand with them to develop the solutions."

Synaptive, which handles its own design, development, engineering, regulatory approval and quality control in-house, plans to continue with its direct sales strategy, ensuring that its agents in the field remain connected to clinicians. This way the company can continue gathering feedback while exploring new ways to innovate.

At the same time, of course, Synaptive will be making its business case.

"A lot of institutions and systems are under pressure to do more with less," he explains. "They're looking for solutions to reduce variability, or reduce cost by finding efficiencies so there's not a need to repeat tests. It's important to have the economics to present to an institution."

His advice to other Canadian businesses hoping to mirror Synaptive's export success is to spend less time building a huge sales network and focus instead on solving your clients' problems.

"The more your technology can address those common aspects, that translates well onto an international stage," Mr. Piron says. "That's a much better use of your commercial budget than coming to market too early, with too many feet on the ground and not having enough evidence to support the product." 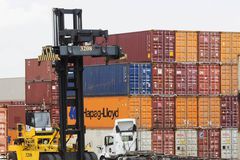 Instant Pot is a sizzling success thanks to home cooks – and Amazon logistics
September 21, 2017 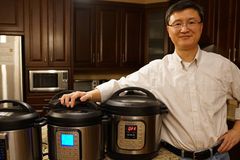