It's the first flagship store that Saks Fifth Avenue has built in more than four decades and its new president vows it will stock some of the most expensive luxury goods in this country.

The downtown Toronto store, Saks's first in Canada, will launch in February – followed a week later with another one in the city's west end. The retailer is counting on drawing shoppers despite an increasingly crowded upscale merchandising market.

"We believe Canada is ready for Saks," president Marc Metrick, 42, a seasoned U.S. retail executive, said during a visit Tuesday to Toronto from his usual office in New York. "I think this consumer is ready."

Saks, which is based in New York and was acquired by Hudson's Bay Co. (HBC) of Toronto in late 2013, enters this country at a precarious time. U.S. rival Nordstrom Inc. began rolling out its high-end department stores in Canada in the fall of 2014, while other posh fashion retailers, including the dominant Holt Renfrew & Co. Ltd. and men's specialist Harry Rosen Inc., are investing heavily in expanding their stores here, raising the stakes for all players.

At the same time, some global luxury purveyors are starting to feel a slowdown in their business as consumers look to spend their money on experiences such as dining out or travelling or technological gadgets rather than traditional department-store goods.

"Luxury is hurting right now in the United States as well as the rest of the world," said Milton Pedraza, chief executive officer of consultancy Luxury Institute in New York. "It's not terrible, but it's slightly bad."

Last week, Nordstrom, one of the top players in the field, lowered its overall forecast for 2015 on the heels of disappointing third-quarter results, although its executives said they're pleased so far with the Canadian performance. It has opened three stores here, with two more set to launch in Toronto in the fall of 2016 and another the following year, providing more competition for Saks.

Meanwhile high-end suppliers, such as Ralph Lauren Corp. and Michael Kors Holdings Ltd., warned this month of excess inventory at department stores, which already has forced Nordstrom to clear out goods at discounted prices and hurt its third-quarter bottom line.

"We've got less people buying clothes this quarter than we expected, and there's really nothing else to point to," Jamie Nordstrom, the retailer's president of stores, told analysts last week.

Even so, Nordstrom's store in Vancouver, which launched in September, was "the most successful opening we've experienced in our company's history," co-president Blake Nordstrom said last week.

James Smerdon, vice-president and director of retail consulting at Colliers International in Vancouver, said Nordstrom is a "known and loved brand" on the West Coast. He said Nordstrom has "secured 'Ground Zero' for retail in Vancouver, whereas Saks has yet to announce where they will locate here."

Saks, which plans up to seven full-line stores in Canada, has already felt a pinch. In its second quarter, its same-store sales (at stores open a year or more) were essentially flat (on a constant currency basis) while, over all at HBC (which includes Hudson's Bay and the U.S. Lord & Taylor), those critical sales rose 4.2 per cent.

Mr. Metrick said Saks, along with other U.S. retailers, have felt the pain of a strong U.S. dollar against other currencies, resulting in fewer tourists. "We're being careful where we're investing in our inventory."

But he's betting that the high level of familiarity among Canadians with the Saks name – "at least" 70-per-cent awareness – will help it gain business here.

Already Canadians spend $85-million a year at Saks, either online or in stores, he said. Canadians are the retailer's second-largest group of international customers, behind the Chinese, he said. "There's a lot of brand resonance here in Canada."

He said Saks learned from U.S. Target Corp.'s missteps in its rapid and failed expansion into Canada. Saks will have a "more deliberate approach" and will lean on HBC for domestic insights, he said.

"Right now we're trying to re-invigorate the Saks brand in the U.S.," he said. "But when we think about Canada, we get to invent, we get to really start and say, 'What do we want this to be.' "

Still, Mr. Metrick, a former Saks executive who joined HBC three years ago, hasn't figured out all the details yet. The Saks store will be on four floors, sharing the same downtown Toronto building as Hudson's Bay. He wants to place a doorman for Saks customers at the Richmond Street entrance for valet parking, but the city has just paved a bicycle lane at the doorway. "We're working through a lot of these things."

The Toronto Saks stores will offer the retailer's first food halls, run by Toronto-based Pusateri's, although they will open a couple of months after the Saks launch, he said. The food halls will feature caviar, foie gras, seafood, a cheese wall and prepared foods, among other gourmet fare.

And he's focused on big spenders. The Saks flagship will carry the most luxurious items under tony brands such as a $10,000 (U.S.) Christian Dior heritage gown, he said.

Holt Renfrew beefs up online presence ahead of holidays
November 9, 2015 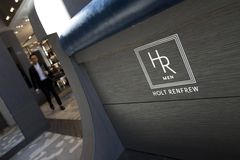 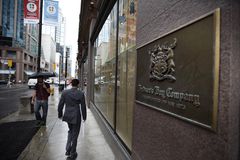