Samsung Electronics Co.'s challenger to Google Inc. software is moving from phones to big-screen TVs as the South Korean company tries to capitalize on the burgeoning interest in smart homes.

The world's biggest maker of TVs will unveil the first sets powered by Tizen software at the Consumer Electronics Show this week, and all the Web-connected models it sells this year will run the operating system. The company also may demonstrate at CES how the TVs communicate with its washing machines, refrigerators and vacuum cleaners.

The controlling Lee family is trying to reinvent Samsung as a purveyor of Internet-connected appliances to grab share of a market that may be worth $7.1-trillion (U.S.) by 2020. Samsung wants to generate revenue from Tizen applications and services just as Apple Inc. and Google do from their operating systems, and the Suwon, South Korea-based company is emphasizing TVs and consumer electronics after falling a year behind schedule on a Tizen-based phone.

"In smartphones, there's no chance that Samsung's Tizen can edge out the two dominant operating systems," said Claire Kim, a Seoul-based analyst at Daishin Securities Co. "But in TVs, Samsung may have a chance."

Samsung's rise to No. 1 in global phone sales depended on Google's Android. Nearly all of the 243 million smartphones Samsung shipped through Sept. 30 ran the software, which Google typically gives away in return for mobile advertising revenue and a share of app sales.

Samsung faces the strongest challenge to its phone supremacy after posting the smallest quarterly earnings in more than two years. Operating profit at the mobile-phone unit, the company's biggest cash generator, slumped 74 per cent in the September quarter and sales fell about 33 per cent.

That's prompting the company to look for new sources of revenue. Tizen emerged after Samsung joined Intel Corp. and NTT Docomo Inc., among others, to develop an alternative to Android and build its software capabilities.

Helped by Samsung, LG Electronics Inc. and dozens of other producers, Android runs about 84 per cent of smartphones. That splinters the pool of profits, with many vendors losing money in a crowded market, market researcher Strategy Analytics said in October.

While Apple only has 12.3 per cent of the market, the Cupertino, Calif.-based company's ownership of its operating system gives it greater control of every stage and a slice of each transaction.

By using its scale in consumer electronics and No. 1 position in TV shipments, Samsung could use the unveiling of Tizen sets to create a new standard for the industry. Samsung's TV shipments may decline to 48 million units this year from 50 million last year, Daishin Securities estimated in December.

Building the TV business around Tizen will help create "a much more intelligent and integrated system," Won Jin-lee, executive vice-president at Samsung Electronics, said in a Jan. 1 press release.

Samsung's initial forays into Tizen haven't developed a breakout hit. Its first phone using Tizen was more than a year behind schedule. The wristwatches Gear 2 and Gear 2 Neo were released in April, and both are compatible with many of Samsung's Galaxy phones.

Samsung will be the biggest exhibitor of consumer electronics at the Las Vegas show, displaying TVs, tablet computers, smartphones, printers and cameras. The company will show off its Galaxy Note Edge phones with a wraparound screen, its virtual-reality headset and audio products. 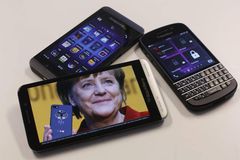