For Saskatchewan Telecommunications Holding Corp., 2012 is shaping up to be another year of growth and growing pains.

SaskTel, as it is more commonly known, is poised to record one of its best-ever annual profits when it releases is 2011 financial results this spring. The Regina-based company has seen its performance buttressed by Saskatchewan's resource-based economy and record population growth in recent years.

Keeping pace with that growth in the smartphone era, however, comes at a price. As a result, Canada's last provincially-owned telecom company is predicting lower profits over the coming years as it pours more money into infrastructure renewal to support explosive mobile broadband growth.

Among those projects, SaskTel is expanding its 4G (fourth-generation) wireless network, which has been roundly criticized in recent months for spotty coverage and congestion as growing numbers of customers flock to data-hungry devices. Even Premier Brad Wall has complained about dropped calls – first on Twitter and then in the recent Speech from the Throne.

The Globe and Mail sat down with SaskTel president and chief executive officer Ron Styles on Thursday to talk about the company's strategic priorities as it fends off growing wireless competition from rivals like BCE Inc. and Telus Corp. Wind Mobile, meanwhile, has also announced plans for Saskatchewan, which means SaskTel will have to fight harder to maintain its 80-per-cent market share. Both questions and answers have been edited for length.

A: We did very well in 2011. We came pretty close to our (net income) target, which is $161-million … It was a great financial year; second-best on record for us. (SaskTel's 2011 results will be released in April.)

Q: How much will profits be reduced by network investments in the coming years?

A: We are looking to come down, probably into the $90-million to $100-million a year (range) for the next three years. The largest part of that is simply because we are in the midst of a lot of change right now in the organization. If you look at the network side, for instance, we are still finishing up building our 4G network. It has been an incredible success in Saskatchewan. We expect to have another 200,000 customers in 2012 … Data growth has been right through the roof, and as a part of that, we've had to build more capacity into the network. In addition, we are getting ready to launch LTE (long-term evolution) in Saskatchewan this fall … Fibre to the premises will allow us to make another leapfrog forward.

Q: Will SaskTel increase its debt levels to complete these projects?

A: Our debt will continue to increase on an ongoing basis for the next few years but in a sustainable manner. [He estimates that SaskTel's debt-to-equity ratio, currently at 37 per cent, could move into the high 40s. The company's debt, which is roughly $432-million, could reach $750-million to $800-million by 2017 or 2018.]/p>

Q: SaskTel is currently paying the provincial government a dividend worth 90 per cent of its profits. Is that ratio too high?

A: Our dividend target is set by Crown Investments Corp., that's the holding company in Saskatchewan (for commercial Crown corporations). Our dividend ratio last year and the year before was set at 90 per cent, and so that is what we are providing. For 2012, they'll announce that at the time of the provincial budget, which will be in March, and it will be something less than 90 per cent. So, the province is recognizing that our capital needs are increasing and they will adjust things accordingly.

Q: What is your response to the criticism of SaskTel's 4G network, including from Premier Wall?

A: There are two different challenges that we face in Saskatchewan with the network. One is a coverage issue. Saskatchewan is quite a large province … So, there are always coverage issues that come up and Premier Wall ran into a coverage issue in the location that he was in … Then there is a congestion issue and that really ties back to the fact that when people established a 4G network … there really was an underestimation, I think, of the amount of data that the network would be required to handle … We did run into some congestion problems [from]roughly September to the early part of November. My staff responded very well. We put up some new towers. We brought in something called COWs, cellulars on wheels … We did everything that was necessary. Starting about mid-November, we got things back to where we wanted and that's a 1-per-cent level of dropped calls and 2 per cent on failed calls.

Q: Were you surprised that Premier Wall tweeted about his dropped call?

A: No, our premier is very outgoing. It's [the]type of feedback, actually, that we want from people – whether it is our political leadership or an average citizen. We need to know where we might have a small coverage problem.

Q: What about suggestions that SaskTel ought to be privatized?

A: It's probably been a subject of debate in Saskatchewan for 20 or 25 years now … The government does have legislation that is in place right now … that prohibits the privatization of the four major Crowns. And as long as that legislation is in place, to me it's a moot point.

Q: How should the federal government structure the upcoming 700 MHz spectrum auction?

A: We think this is probably the most important auction that has come up in the last 15 or 20 years, and the simple reason is that 700 MHz is going to be very important in rural areas. It gives you better building penetration plus it gives you better coverage … Whoever gets the 700 MHz spectrum should have some sort of a requirement that it is 'use it or lose it.' This idea that you can buy spectrum and you can hold on to spectrum for years or decades without using it, is something we think cannot be allowed to continue … We would not be in favour of set-asides that limited us from obviously going after spectrum in Saskatchewan.

Q: Should Ottawa loosen the rules around foreign investment?

A: We're quite open to the idea of opening up foreign investment for the telecoms here in Canada … It could bring new competitors in to Canada, for instance, or it could bring new funding for some of the new entrants in the market. So, it could have an impact on us, but we think it is appropriate that smart investment be allowed into the telecom industry. 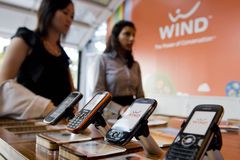 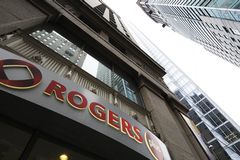 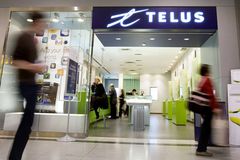