Saudi Arabia slashed the price it will charge for crude in Asia and the United States as the OPEC giant battles to maintain its share in an over-supplied global market.

The move prompted another sell-off among skittish traders, who are wondering where the floor in prices is. The 12-member Organization of Petroleum Exporting Countries last week refused to cut its production quota in the face of a global glut, sending oil prices into a tailspin.

It remains unclear still how low prices will go – and how long it will be before they recover. In New York on Thursday, the benchmark West Texas Intermediate fell 70 cents to $66.68 (U.S.) per barrel, after falling as low as $66.09. In London, Brent crude was down 80 cents to $69.12.

The Saudi move signals a drawn-out standoff among producers that is likely to weigh on oil prices for months and hit Alberta's oil industry. Canadian energy shares sank another 5 per cent Thursday, extending their slide in recent weeks as investors brace for sharply lower profits from the sector. The dip in energy stocks helped send the S&P/TSX composite index tumbling 2 per cent to close at 14,469.95.

Bank of Canada Governor Stephen Poloz weighed in on oil's slide this week, telling a conference that lower oil prices would shave a third of a percentage point off economic growth next year. A lower oil price "reduces the amount of income flowing into Canada, but in the short term it's good for consumers," he said.

Some Canadian oil executives have turned cautious in the wake of oil's sudden reversal, planning to pull back spending and expansions if prices remain weak. Heightening their fears was the Saudi move Thursday, which sent a stark signal to the market that a price war is under way.

Saudi Arabia's state-owned oil company cut the January price for its Arab Light grade for Asian customers by $1.90 a barrel from the December mark, while it dropped the premium it charges against a sour crude index in the United States by 70 cents from the previous month.

Analyst Phil Flynn said the Saudis are willing to drive down prices to protect their market shares. "This is the second salvo in the OPEC price war, a new offensive by the Saudis," said the Chicago-based trader at Price Futures Group.

"Sentiment is certainly more bearish," said Michael Lynch, president of Strategic Energy and Economic Research in Winchester, Mass. "We're going to drift lower until there's a serious improvement in the economy, a disruption in supply or an OPEC member actually does something instead of saying that someone else should take action."

But Amrita Sen, London-based analyst at Energy Aspects, said Thursday's price setting was a technical exercise for Saudi Aramco. "They aren't trying to send prices lower at all. They're just maintaining production," she said. "Their [official selling price] is a technical formula, so that does not signal anything beyond that."

However, Saudi Aramco is offering Asian customers the deepest discounts off benchmark crudes that it has in at least 14 years. While the kingdom says it has no price target for its crude, it has refused to cut production to prop up prices while other OPEC members – including Iran, Nigeria and Venezuela – try to pump as much crude as they can.

Saudi Petroleum Minister Ali al Naimi said last week the country is willing to let the market find its new equilibrium level, as lower prices flush some high-cost producers from the market and boost economic growth and energy demand. Some U.S. shale oil producers are particularly vulnerable because they have high costs and heavy debt loads.

Mr. Lynch said it will be the oil-field supply sector – and government treasuries – that will be hardest hit over the medium term, as producers put the squeeze on their suppliers to reduce costs. Indeed, that effort to wring out costs will keep prices from rebounding quickly, as companies that once needed $85 (U.S.) a barrel find they can make money at $70.

"There is this myth that prices have to go up and that costs only go up because companies are looking harder in more remote places," Mr. Lynch said. "But there is a big cyclical element in costs. A lot of the cost inflation in the last 10 years is because everybody was bidding up the price of goods and services in the industry. So if you reduce investment a little bit, those costs will come down."

He said the U.S. shale-oil sector, in particular, will be more resilient than many people expect. While the U.S. was expected to add 1.2 million barrels a day of additional production in the coming the year, the lower price environment will knock that back to 800,000 barrels. "That's still a lot of oil crude coming into the market," he said. 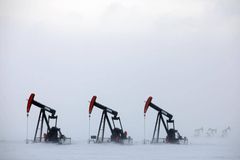 Oil could plummet below $70 if OPEC fails to cut production
November 25, 2014 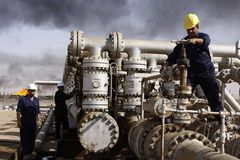