Canadian banks kicked off the sector's earnings season with results that suggest it pays to diversify.

Bank of Montreal, traditionally regarded more than its peers as a commercial bank, has spent the past few years building out its retail lending platform and wealth management operations. The efforts bore fruit in the three months ended July 31, with the bank posting a record $1.14-billion quarterly profit.

Bank of Nova Scotia, too, invested heavily in wealth management, and that unit's core profit last quarter was its highest ever. Scotiabank has also inked a string of acquisitions in Latin America, in an effort to benefit from double-digit loan growth in countries such as Colombia and Peru.

Just a few quarters ago such operational diversity was deemed necessary. Investors feared the domestic banking business would suffer as Canada's housing market cooled, heavily-indebted households slowed borrowing and rock-bottom interest rates squeezed net interest margins – or the difference between what lenders charge borrowers and what they pay on deposits.

Demand for loans and mortgages remained intact, however, allowing the banks to use that diversity to bolster profits, rather than as a way to offset deteriorating core operations.

It is unclear, though, whether the wider revenue mixes will convince investors to start plowing money into Canadian bank stocks. Although the S&P/TSX Canadian bank index is near its all-time high, the index has been around this level several times in the past two years. Canadian banks are underperforming the likes of life insurers and U.S. bank stocks, which are, in many cases, up as much as 50 or 60 per cent in the past year.

Investors frustrated with the divergence in stock performance must remember to view Canadian banks in a different light, Bill Downe, BMO's chief executive officer, said in an interview.

Relative to the rest of the world, Canadian banks "have more consistently performed through thick and thin," he said. Now that their peers in other countries are looking much more profitable, "many investors continue to look at banks in the U.S. and beyond that have not done very well, and they keep asking the question, 'Wouldn't I be better off buying a poor-performing bank?'"

Although BMO's profit was its best ever on a quarterly basis, the longer-term picture isn't as rosy. BMO's profit through the first three quarters of the current fiscal year is up just 2 per cent from the same period in 2012.

Scotiabank's results also raised some concerns. While the bank made $1.77-billion in the quarter, the profit included a one-time gain from selling an asset in Thailand, and weaker international earnings raised flags about the future – especially as investors fall out of love with emerging markets.

Addressing this concern, chief executive officer Rick Waugh spoke about the international operation on a conference call with analysts.

"Our primary exposures are in select non-BRIC countries that are expected to outperform the BRICs in the next few years," he said. "Our international earnings are anchored by local personal and commercial banking and onshore wealth businesses, and these are driven by spreads and demands from mortgages, auto, credit cards and insurance, which have, and will, continue to show above-average growth."

Scotiabank's shares closed at $57.71, down 1.7 per cent, while BMO's closed at $66.05, up 0.4 per cent, compared with a 1.3-per-cent drop for the S&P/TSX composite index. The broader index had its biggest one-day loss in more than two months on concern over a possible military intervention in Syria.

Both BMO's and Scotiabank's wealth management arms stood out last quarter, with BMO's profit hitting $131-million, up 37 per cent from the prior year, and Scotiabank's climbing to $327-million, up 18 per cent. The units benefited from healthy transaction volumes that generated better commissions.

Despite the positive earnings, some analysts noted that both banks were boosted by lower loan-loss provisions – a non-cash item.

"It was a decent quarter with little noise that was helped by a decline in loan losses [particularly in Canada], reflective of the consistent results this bank normally shows," analyst Rob Sedran at CIBC World Markets said of Scotiabank's results.

BMO's decision to hold its dividend steady – while Scotiabank raised its own by 2 cents to 62 cents quarterly – limited the enthusiasm for its own earnings.

Analyst Peter Routledge at National Bank Financial noted that while BMO has deployed capital, recently buying back four million shares, "we would have viewed a dividend increase as indicative of the board's confidence that this quarter's operating performance was repeatable."

Why are Canadian bank investors so stubborn?
Subscriber content
August 27, 2013 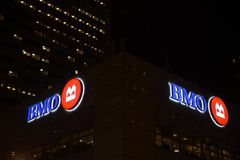 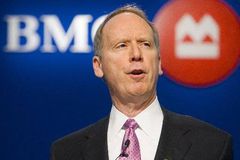 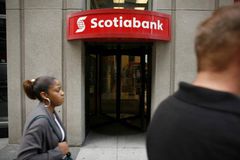 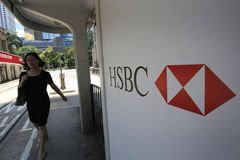 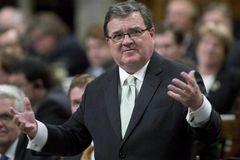 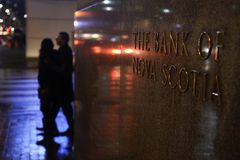 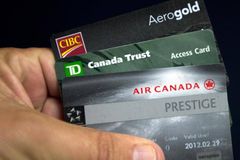