Struggling Sears Canada Inc., whose U.S. parent has put it up for sale, faces further uncertainty.

On Thursday, the retailer said chief executive officer Douglas Campbell is leaving for "personal family" reasons by the end of 2014 after having taken the top spot a year ago. The company is looking for a new leader.

In the meantime, parent Sears Holdings Corp. has yet to find a buyer since starting to look at "strategic alternatives" for its Canadian division in May. Industry sources suggest no suitable bidder has emerged.

In another worrying sign, Sears Holdings' shares tumbled last week after hedge fund manager Edward Lampert arranged for his U.S. hedge fund, which controls Sears, to loan it $400-million (U.S.), secured by 25 U.S. properties. In the event of more financial troubles, Sears would get first dibs on "so-called" valuable real estate which suppliers had counted on if the business deteriorated further, Gary Balter, an analyst at Credit Suisse, suggested in a note.

At Sears Canada, Mr. Campbell replaced Calvin McDonald, a seasoned retail executive who had spearheaded transformation initiatives at the department-store retailer. Sources have said Mr. McDonald's departure was sparked over differing views with parent Sears Holdings. The disagreement was tied to the pace at which capital was being used to keep up the transformation efforts, a source has said.

Since then, Mr. Campbell has cut more jobs, outsourced more operations and sold leases of key stores, including the flagship in the Toronto Eaton Centre, back to landlords to help raise cash.

In a statement on Thursday, Sears Canada said it "remains committed to continue the strategy of optimizing productivity, realizing value from desirable assets and creating a highly relevant retailer in Canada with a focus on rural and suburban locations."

Sears Holdings continues to explore "strategic alternatives" for its 51-per-cent interest in Sears Canada, including a possible sale.

Keith Howlett, retail analyst at Desjardins Securities, said his view is that the sale and other strategic alternatives process "is taking more time that had been expected by Sears Holdings."

Sears Holdings had set an objective of raising $1 billion of cash in 2014. "Sears Canada had been one potential source of cash, via special dividends and/or sales," Mr. Howlett said on Thursday. But the majority of the $1 billion cash target had been raised through Sears' move to spin off its Lands' End division.

On Thursday, Sears Canada said it will review "the appropriate level of cash for the company, and any potential return of capital to shareholders, based on the performance of the company during the holiday season and the prospects for the business going forward."

Mr. Howlett said he thinks Sears Canada will not declare a special dividend until it releases its fourth quarter results early next year. Sears Canada effectively has no debt.

Still, the money-losing retailer's long-term prospects "appear to be very challenging," Mr. Howlett said. Amid declining sales, Sears Canada "has a shrinking store network which is in need of reinvestment," he said.

U.S. discounter Target Corp., which launched its stores in Canada in 2013, is also struggling amid losses. But while its long-term prospects also appear challenging, Target "has a modern store network and is growing total sales, albeit from a low base," Mr. Howlett said. 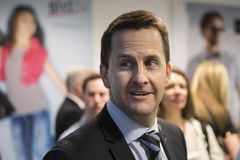 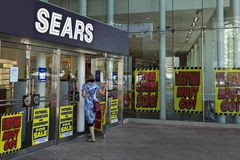 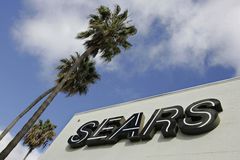