Sears Canada Inc. designed a pay package for its new executive chairman, Brandon Stranzl, valued at $5.6-million in total compensation, which would make him one of the country's top-paid retail bosses at a company that has been in decline for years.

But because Mr. Stranzl's pay is largely tied to Sears Canada's stock – which has shed more than half its value since September when the company drew up his package – today he would stand to make considerably less.

Of the $5.6-million that Mr. Stranzl's compensation was valued at last September, according to the company's annual circular filed late last week, $3.9-million was tied to Sears's stock.

The value was based on its five-day weighted average share price of $7.89 as of Sept. 1, 2015, when the share-based award was granted.

But by March 7, the five-day weighted average share price had fallen to $3.55, which means he would have got $1.77-million – rather than $3.9-million – in "restricted share units," the circular says. That would have put his total compensation at $3.4-million, including base salary.

The restricted share units vest in three tranches over a three-year period, followed by a five-year holding period, which means Mr. Stranzl won't realize proceeds from the units for six to eight years. Sears shares have dropped sharply this year, closing on Tuesday at $3.30 on the Toronto Stock Exchange.

"The company has lost 50 per cent of its share price," said Richard Leblanc, a York University associate law professor and corporate governance expert. "Sears Canada has been struggling and it's been deteriorating. ... That's a healthy compensation under those circumstances."

Sears has struggled for years under a series of different leaders as it closed stores and shed thousands of employees, raising questions about its fate. Now Sears, which is controlled by the U.S. hedge fund run by Edward Lampert, a close associate of Mr. Stranzl, is betting on its new executive chairman and his turnaround initiatives.

Mr. Stranzl, who last fall moved with his family to Toronto from Greenwich, Conn., has a base annual salary of $1.2-million (U.S.). But because he started as executive chairman on July 2, 2015, and wasn't in the position a full year, he received $935,270 (Canadian) as his base salary in 2015 plus $729,717 for other compensation, such as a $375,830 "tax equalization" benefit, the circular says. Mr. Stranzl got no bonus in 2015 because Sears's profit did not reach the threshold needed for the payout, it says.

The circular also says he got share-based awards of $3.9-million in 2015, bringing his total pay to $5.6-million, which is "misleading" because the share-based award is based on the stock price in September, said Paul Gryglewicz, senior partner at Global Governance Advisors.

Tying much of Mr. Stranzl's pay to Sears's profit and future stock performance is a positive for shareholders, Mr. Gryglewicz said.

"They're really tying absolute results of Sears to future real income for the executive," he said. "The design is forward looking and contingent on those future successes that Sears could have.

"Given Sears's track record of negative performance, it is certainly protecting the shareholders by making sure the executives are increasing the value of the company before they receive incentives."

Still, the calculation of Mr. Stranzl's compensation also underlines how difficult it is to understand executive pay, Prof. Leblanc said. "It has become deliberately complex to the point that it's opaque."

Sears spokesman Vincent Power said the company is required to report the value of the restricted share units at the time they were granted, which was last September, rather than when they will vest over the next three years, starting in September, 2016.

"The total compensation shown in the management proxy circular is not reflective of the salary Brandon was awarded last year," he said. "The share-based awards are an incentive to provide a long-term reward for long-term success."

Still, Peter Chapman, executive director of the Shareholder Association for Research and Education, said it prefers executive compensation to be tied to management building long-term shareholder value rather than simply a company's stock performance.

"Many factors beyond the control of management affect share price, making it a poor proxy for actions that build long-term shareholder value," Mr. Chapman said. In the retail sector, investors increasingly are looking to issues of workplace quality and employee retention, he said. 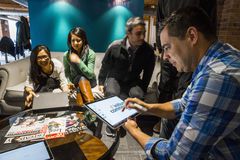 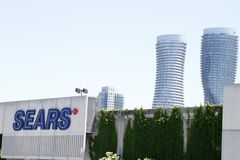