Sears Canada Inc. is again shrinking its store portfolio in a bid to help revive its business, this time by ditching underperforming outlets.

The struggling retailer said on Tuesday that it is unloading eight of its Sears Home store leases by "assigning" them to rival Leon's Furniture Ltd. – with no "material" payment changing hands – as it tries to prune its poorly performing outlets and focus on its stronger stores.

"We are working on rationalizing our store network to ensure our core store physical footprint is highly productive," Brandon Stranzl, executive chairman of Sears Canada, said in a statement.

Even more Sears store closings are expected in the next while, industry sources said, underlining the retailer's struggle to cut costs and bolster its financial results as rivals such as Quebec-based La Maison Simons and U.S. Nordstrom Inc. expand in Canada.

Sears spokesman Vincent Power said Leon's essentially is not paying for taking over the Sears Home leases. That's in contrast to Sears's lucrative deals over the past few years when it sold its most coveted department store leases back to their landlords.

The landlords subsequently sold many of those leases to Nordstrom as a way for the U.S. retailer to launch its first stores in Canada in some top locations, such as the Toronto Eaton Centre, putting more pressure on incumbents such as Sears.

Mr. Power said Sears has no further plans to close home stores "at the current time. We may explore other opportunities to potentially merge home store space into full-line store space, but there is not an active process going on for that at the moment. Any decisions to pursue anything would be made on a case-by-case basis, with the goal being to consolidate the business into our best stores."

Fred Waks, chief executive officer of landlord Trinity Development Group Inc., which doesn't have Sears in its properties, said it "must be a great sigh of relief to the landlords" to have Sears leave. "Don't know how this strengthens Sears," Mr. Waks added.

Market researcher Randy Harris, president of Trendex North America in Toledo, Ohio, said Sears "is becoming a shadow of itself. It sold off its better stores. … People focus on the store closings but their problems are bigger than that. Their stores are tired, there's no doubt about that."

Still, Mr. Stranzl has hired a new president with a strong merchandising background. Carrie Kirkman is focused partly on luring "Amy" – a younger fashion customer – with separate shops within the stores.

Mr. Stranzl said Sears thinks it can win back customers of its eight soon-to-close home stores by inviting shoppers to visit the closest full-line department store for goods such as major appliances, mattresses and furniture. He said recent experience shows that in similar situations in the past, Sears was able to pick up a significant portion of a closing store's sales in a nearby full-line Sears store. "The market area's efficiency per square foot improves."

Mr. Waks noted that the fact that Leon's isn't paying for the eight leases is a reflection of the excess amount of retail real estate space available in the market after U.S. discounter Target Corp. and other chains closed stores in the past year or so. Mr. Power said "there was no material payment for us to disclose."

Sears is expected to report its fourth-quarter results on March 11. As a sign of what may be coming, other retailers have been hit by unseasonably warm weather, which melted sales of items such as coats and shovels, and a sliding economy in Alberta.

In its third quarter, Sears showed some signs of improvement as it cut costs. It narrowed its loss to $53.2-million from $118.7-million, while its revenue fell 5.1 per cent to $792.1-million as Sears had fewer stores. Its same-store sales at existing stores, a key retail measure, rose 0.4 per cent, helped by strength in major appliances, furniture and mattresses.

Leon's, which also owns the Brick, is taking over Sears Home stores in B.C. in the cities of Abbotsford, Langley, Richmond and Victoria; and in Ontario, in Brampton, the Toronto suburb of Etobicoke and Mississauga. The Brick is moving into the Sears Home store in Moncton. The assignments are effective June 1 and, in the case of Brampton, July 1.

Ex-Lululemon executives unite in a VC firm focused on retail Subscriber content
May 16, 2018 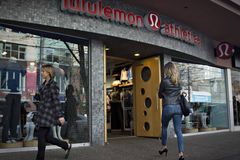 HBC sales get lift from currency fluctuation, online sales
May 16, 2018 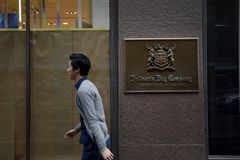