Sears Canada Inc. is stepping up its efforts to close another round of stores, raising more questions about its fate and putting pressure on landlords who already have a lot of empty retail space.

The struggling Sears has instructed real estate firm CBRE to look for alternative uses for Sears's weakest stores, such as its clearance outlets, Brandon Stranzl, executive chairman of Sears Canada, said in an interview this week. As well, Sears officials are working internally to shrink its store network, he said.

He said "everything and anything" is on the table as Sears races to cut costs and revive its core full-line department-store business amid tumbling sales.

"We've got this network we're going to rationalize and we're going to figure out which stores make the most sense," said Mr. Stranzl, who took the top job last summer. "We've got a higher level of activity today than in the past few years" in looking to drop sites.

Sears, which sold off some of its best stores over the past few years to raise money, is concentrating now on scaling back its underperforming real estate at a time when landlords grapple with a glut of vacant retail space after chains such as Target Corp. and Future Shop Ltd. closed their stores.

Sears's sales declines over the past decade underline the urgency for it to reduce its footprint. The retailer's sales have plummeted by almost half to what is expected to be just more than $3-billion in fiscal 2015 from about $6-billion 10 years earlier.

Tom Balkos, senior vice-president at CBRE Retail in Canada, confirmed it has been retained as Sears's real estate adviser and "we continue to do work on numerous real estate efforts for them including various footprint rationalization efforts."

For example, Sears plans to shut its Sears home store at its Carrefour de l'Estrie mall in Sherbrooke, which also has an empty Target store, sources said. Landlord Ivanhoé Cambridge wouldn't comment, but "there are different scenarios being looked at at this time" for the Target space, Ivanhoé spokesman Sébastien Théberge said.

Sears's most recent store-closing plans differ from previous shutdowns, which involved landlords often approaching Sears with offers to buy back the retailer's store leases to replace Sears with alluring foreign retailers, such as United States-based Nordstrom Inc., which could draw more customers.

But amid the rash of retailers such as Target that have closed stores, landlords no longer have compelling new retailers to fill so much space. Now Sears has broadened its store-closing efforts to its home and outlet centres.

"This will not be looked at as a pleasant surprise in our industry," said Fred Waks, chief executive officer of landlord Trinity Development Group Inc., which doesn't have Sears in its properties. "Between the closures of Future Shop and downsizings and Staples and the like, this is not a great thing."

Still, RioCan Real Estate Investment Trust, which was Target's largest landlord, has so far been unscathed by Sears's latest move to exit more stores. While Sears is leaving a home store in a RioCan-owned mall in British Columbia, the retailer has a deal to sublet the space to Leon's Furniture Ltd., said Edward Sonshine, CEO of RioCan, which has five other Sears home stores and two of its full-line stores.

Even so, RioCan is already looking for an alternative tenant for one of its other Sears home stores because its lease expires in about a year and "we assume they won't be renewing," he said.

Mr. Stranzl said Sears is determined to turn around its core business and remain in many locations, although some may be downsized or closed when the lease expires. He hired Carrie Kirkman, a seasoned merchant, late last year as Sears's new president, aiming to lure younger consumers with new styles and store layouts. He's looking to improve the state of some of Sears's stores.

For instance, at Carrefour Angrignon in LaSalle, Que., landlord Westcliff Group agreed to spend an undisclosed amount to upgrade the Sears's department store, Alan Marcovitz, president of Westcliff, said. "It's a material amount and we think it's a good investment in their future there. … When we see a deal where the consideration from us is improvements to the store rather than payments or termination rights we, of course, take that as a sign of an ongoing commitment."

Sears's review of its physical-space needs is consistent with what all long-time North American retailers are doing amid rising online sales, he added.

He said it would be inappropriate to talk about specific locations "until all arrangements are finalized. … As always is the case in business, proposals that may be in the discussion phase may not be closed."

The retailer showed some signs of improvement in its third quarter. Sales at existing stores (excluding openings and closings) rose 0.4 per cent, compared with a year earlier, marking the first same-store sales increase in eight quarters. Overall, revenue fell 5.1 per cent to $792.1-million as Sears operated fewer stores. Sears's loss narrowed to $53.2-million from $118.7-million. Mr. Stranzl would not comment on holiday sales.

The five trends that will shape how we shop in 2016
December 30, 2015
Sears Canada sells more real estate, including $100-million distribution centre
November 13, 2015 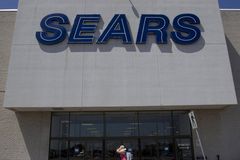 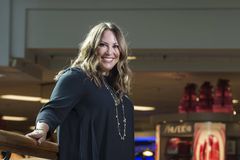