Can Second Cup stage a comeback in the heated coffee wars?

Some liken his return to that of Howard Schultz, the charismatic chief executive officer and chairman of Starbucks, although Mr. Bregman said he's not interested in playing an operating role in Second Cup.

But he's stepping back into the Second Cup fold amid a shakeup of its board of directors after his investment firm, Tailwind Capital Inc., bought a 5-per-cent stake in the coffee chain. On Friday, the company unveiled the changes, which included naming Mr. Bregman as chairman of the board and a number of his allies, including Alton McEwen – a former CEO of Second Cup – as board members.

"We hope there are going to be a whole bunch of positive changes in the future," Mr. Bregman said in a brief telephone interview. "That's what this is all about."

A recasting of Second Cup couldn't come soon enough. It's been a sleepy player in the coffee landscape as its big rivals have sped past it. It's betting on winning back customers who have turned to more tempting coffee destinations and young consumers who are drawn to Starbucks, Tim's or independents as their café of choice.

"It's not going to be easy," said Antony Karabus, president of Hilco Retail Consulting. "They have a monumental task – not to say they can't do it."

He said Mr. Bregman is a capable leader and Mr. McEwen a skilled coffee operator. Their task isn't impossible, though dramatically different from their previous foray in the café sector when Starbucks and McDonald's were essentially non-factors in the Canadian landscape, he said.

And Second Cup grapples with an inconsistent roster of franchisees, he said.

"I do a lot of meetings in coffee shops and nobody ever says to me, 'Let's meet at Second Cup,'" he added.

Mr. Bregman did not comment on his thoughts about the CEO position, which has been held since 2008 by Stacey Mowbray. She has tried to spearhead a transformation, introducing a warmer café atmosphere with fireplaces and comfortable seating and more focus on the quality of the coffee. But the makeover has yet to have a significant overall effect.

In the first three months of fiscal 2013, same-store sales fell 3.1 per cent at outlets open a year or more, which is a key retail measure. In that period, it posted a loss of $8.5-million compared with a profit of $2.6-million a year earlier, although the latest loss included a one-time $13-million impairment charge on its trademarks. Overall sales dipped to $351-million from $358-million.

Luke Sklar of consultancy Sklar Wilton Associates, who advised Second Cup in its heyday in the 1990s, said he is doubtful that its fortunes can be turned around. "They may get a little bump from franchisee morale, but the world is not waiting for or needing a resurgent Second Cup."

Mr. Bregman said he is not looking to take an operating role at Second Cup, but is committed to Tailwind Capital, whose investments are mostly in retailing, including the fast-growing Works gourmet burger chain.

The sleepy pace at Second Cup was partly explained by its conversion into an income fund in 2004. Income funds focus on generating cash distributions for unitholders, rather than expanding their businesses. But in 2011, the chain converted back to a corporation, underscoring a pressure to perk up sales.

In 2002, Mr. Bregman and other investors sold their interest in Second Cup to Cara Operations, which owns Swiss Chalet and other restaurant chains. 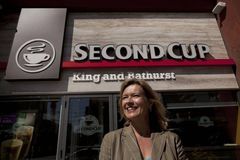 Lululemon's story is stretched, but not torn
Subscriber content
December 10, 2013 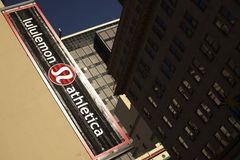