National security concerns are causing the federal government to delay two deals that would formalize foreign control of Wind Mobile, The Globe and Mail has learned.

For nearly eight months, VimpelCom Ltd., Wind's largest investor, has been working to solidify its control of the Toronto-based wireless carrier in the wake of legislative changes that allow for full foreign ownership of small telecommunications companies. But what was expected to be a process lasting four to six weeks has now become a months-long odyssey.

According to multiple sources familiar with the situation, Canadian officials are hesitant to give their blessing for the deals because they will effectively give a Russian entity control of Wind's network infrastructure, which was built by Chinese telecoms gear maker Huawei Technologies Co. Ltd.

VimpelCom is based in the Netherlands but its major shareholder is a company controlled by billionaire Mikhail Fridman, an energy and telecommunications magnate who is ranked as Russia's second-richest man by Forbes magazine.

The government's concern stems partly from the fact that Wind uses Huawei equipment on its so-called "core" network, sources say. The "core" network is the main backbone of the system that serves about 600,000 wireless customers in Canada. Huawei also provides equipment to other Canadian carriers for their radio access networks (which connect consumer smartphones to towers), but Wind is unique in using Huawei components for its core.

Huawei, which is founded by a former member of the People's Liberation Army, has repeatedly fought accusations from U.S. politicians that its telecom gear is designed to somehow enable agents of the Chinese government to intercept or sabotage foreign communications systems.

Wind and Huawei officials say there has never been a security breach involving hacking, spying or otherwise, but public safety officials are nevertheless worried that approving the deals could compromise security – especially given increased security breaches of Canadian communications systems by offshore entities linked to China.

Currently, Wind chief executive officer Anthony Lacavera, a Canadian, has indirect voting control of Wind Mobile. The proposed transactions would see VimpelCom buy out his stake and convert its own non-voting shares to voting stock. That would give the European company 99.3 per cent of Wind.

Ottawa changed the foreign-investment rules a year ago to spur more competition in the wireless sector, allowing full foreign control of telecom companies with 10-per-cent market share or less. The VimpelCom-Wind transactions offer the first significant test of that new policy.

Industry Canada officials declined to discuss the delay in making a decision. "The government is clearly committed to encouraging competition in the wireless sector. The strict confidentiality provisions of the Investment Canada Act do not allow further comment on this investment at this time," Industry Canada wrote in an e-mailed statement.

A decision on whether to allow VimpelCom to acquire full ownership of Wind must now be made before July 4. One stumbling block is that Mr. Lacavera's buyout deal expires on June 30, according to people familiar with the matter.

"VimpelCom is a company registered in Bermuda, headquartered in Amsterdam and listed on the NYSE. Our governance structure reflects our international provenance and we would strongly refute and take issue with any statement which suggested that should VimpelCom achieve control of this or any other business there would be any increased risk of security breaches," VimpelCom spokesman Bobby Leach said in an e-mail.

Concerns about the Huawei equipment on Wind's core network have existed for years, sources say. In order to mitigate those concerns, Wind has previously taken action to "ring fence" its core network with firewalls and gear from more than a dozen suppliers.

"We work co-operatively and proactively with CSIS and other law-enforcement agencies (federally and provincially) on both security and emergency/9-11 matters. … Although we regularly work alongside these agencies on security matters, we must emphasize that we have never had any security issues with our network," Wind said in a statement.

In addition to the Canadian Security Intelligence Service, security surveillance is also being carried out by the Communications Security Establishment Canada. Neither CSIS nor CSEC returned requests seeking comment.

Huawei, meanwhile, said it has been operating in Canada since 2008 without issue.

"From the beginning, we've operated in an environment that has placed a premium on ensuring the security of networks in Canada, and we continue to work transparently and openly with our carrier partners and the federal government to ensure the equipment we provide in Canada is safe, secure and reliable," Scott Bradley, spokesman with Huawei Technologies Canada Co. Ltd., wrote in an e-mail. "Any suggestion to the contrary is completely false. We are proud of our contribution to Canada's telecom industry." 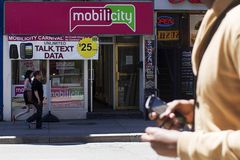 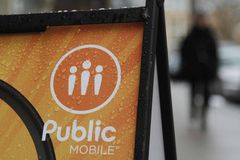 Ottawa’s move to lower your cellphone bill could backfire
June 9, 2013 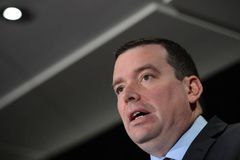 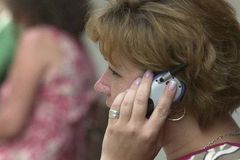 Rogers inks deal with Quebecor to buy wireless spectrum
May 29, 2013 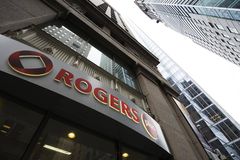 Manitoba Tel agrees to sell Allstream to Egyptian billionaire
May 24, 2013 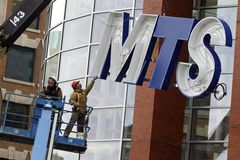 Ottawa’s five options to solve its wireless dilemma
May 17, 2013 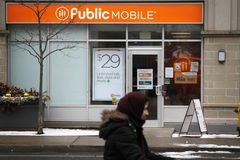