Six years ago, Jill and Darby were hoping to ease into retirement gradually. He had just quit his media job to strike out on his own. She ran her own profitable business. Both age 62, they were netting $10,000 a month between them. Could they get by on less when they retired, they wondered.

At the time, they were up to their ears in real estate. They had a cottage on Georgian Bay, a home in a Toronto bedroom community and three rental properties. While they had substantial assets – including loans to their children – they also had $565,000 of mortgage debt. They planned to sell the rental properties one day. Their retirement spending goal was $80,000 a year. "Can we survive in retirement?" Jill asked in an e-mail at the time.

Gina Macdonald, a financial planner at Macdonald, Shymko & Co. Ltd. in Vancouver, saw some potential problems with the couple's plan. Their savings and investments, plus government benefits, would give them an income stream of $92,000 a year, but would that be enough, the planner asked.

"If Darby and Jill are to live on less, they will need to get a handle on their spending," Ms. Macdonald said. She noted $2,000 in credit card payments that were not allocated to particular spending categories.

She suggested they tackle their home mortgage first so they could be mortgage-free by the time they retired. But the thing that concerned her most was that nearly all of their eggs were in one real estate basket.

"People need to watch their real estate diversification with regard to location," the planner said at the time. "They have 72 per cent of their net assets – almost $1.8-million – in real estate (and mortgages to their children) in the same area." She suggested they consider selling the rental properties, which were barely covering costs, to lower their exposure to rising interest rates.

As it turned out, Jill and Darby did sell two of the rental properties. In an interview, Jill doesn't think that was a good move given how Toronto-area real estate has soared in value.

"The planner thought we were too heavily invested in real estate in Barrie but she was wrong," Jill said. Based on the planner's advice, they sold one property a year ago and the other about three years ago. "It was probably a mistake because it's crazy here," she said of the local real estate market.

Today, their lives have changed dramatically, Jill said, and "we're fine with how they've changed." She sold her business and used the proceeds to pay off their home mortgage and add to their investments.

"I'm not working the horrible hours I was working," she said. She still does the odd bit of contract work but her business revenue now is 12 per cent of what it was six years ago, she said. "That's fine because I'm wanting to slide into retirement."

Darby, meanwhile, is happily building his business, which is doing well. He enjoys working in his own field without the stress and long hours of his previous job. "He's only about a third of the way to retiring," Jill said.

Still, at age 69, "we're not without concern," Jill said. "You don't want to outlive your money."

The cottage is a bit of a luxury but the children are starting to contribute to its upkeep. "I think it's manageable but I don't think we'll be taking any exotic trips," Jill said. "If we didn't have the financial responsibility of the cottage, we'd be saying we're fine."

They're on a strict budget and have moved to paying cash for most things, Jill said. They're finding they don't need as much money as they thought.

"I tell our daughter, your dad and I are really enjoying this phase of our lives," Jill said. "We like getting up on Saturday morning, making coffee, taking time to read the newspaper, having more time together. When we both worked in the media, we had very little time together," she added.

"I've joined a book club. We're finding pleasure in lovely things. We attended a lecture series that pushes your mind around," Jill said. "The pace of our lives has really changed, and we don't need a lot of money to maintain that pace."

Participating in the Financial Facelift six years ago, when their lives were at a turning point, "helped us focus," Jill said. "It helped us redirect and take stock of where we were compared to where we wanted to be."

Jill filled out the Financial Facelift forms on her laptop in the car while waiting for Darby to quit his job. "He went on to start a whole new life with a lot less stress."

Couple flee the city for their family – but worry about the next move
November 14, 2016
Temporary work takes its toll on Lydia’s retirement plans
November 7, 2016
After a few bumps, big dreams still within reach for mid-30s couple
October 31, 2016 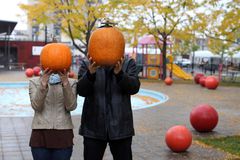