Twelve acres of unsightly, soggy Toronto waterfront real estate have accelerated a debate about the future of Canadian innovation and infrastructure.

Last year, Sidewalk Labs, a division of Google parent Alphabet Inc., signed a preliminary deal to turn a patch of the city's eastern downtown into a sensor-laden, data-driven neighbourhood of tomorrow called Quayside. The project – and its potential expansion across 800-plus acres of waterfront – promises "the chance to demonstrate how emerging technologies can make cities more affordable, easier to travel within, and more environmentally sustainable."

Heating and hydro costs in buildings could be kept low with pattern monitoring to predict and adjust energy usage. A "robotic sorting system" could sort and divert the vast majority of waste. Personal cars would be discouraged, but a "managed parking pilot" could monitor and direct vehicles to empty spots to reduce emissions from drivers circling lots.

The project would generate a pool of almost unimaginably rich data about how people live their lives. That kind of data is increasingly being used to develop technologies and insights that guide how communities are built.

Concerns have begun to emerge, however, that uncritically embracing the opportunity of Quayside could set precedents that stifle Canada's potential. And a growing number of Canadian tech leaders are beginning to ask: If data generated by Canadian cities creates value, shouldn't Canadians share in it?

Sidewalk's contract to work with Waterfront Toronto, a redevelopment agency controlled by all three levels of government, was announced in October alongside a pledge to spend US$50-million on planning and consultations.

Sidewalk chief executive Dan Doctoroff has since been making the rounds, selling the project at town halls and events with business leaders and politicians. He speaks frequently of its potential – but less about its execution, save that there will be more details and a firm yes or no by the end of the year. For all the blue-sky ideas Sidewalk has put out there, concrete details remain scarce.

It's clear that sensors would abound, collecting data to study and hopefully predict and learn from the behaviour of city residents. Sidewalk has promised to govern its data with an open platform to allow others to jump in and find new ways to use it. But specific terms about how that data would be collected, stored and shared – and, in turn, how Canadians could build their own products with it – remains unclear, worrying homegrown tech executives.

How Canada's next generation of infrastructure is built will determine who gets the most value and competitive advantage from it – not just now, but in 10, 20, even 50 years, as cities evolve, innovation blossoms and unanticipated revenue streams emerge. Many tech leaders are calling for a national data strategy, similar to those being discussed across Europe, to ensure that Canada doesn't unwittingly sign away the chance for economic spinoffs. And while Ottawa is promising such a strategy in the coming months, it may not come in time to address Alphabet's Toronto conquest.

Kurtis McBride, chief executive of traffic-data company Miovision Technologies Inc. of Kitchener, Ont., likens data to a natural resource: "If we were going to pump billions of dollars worth of oil to a private company, we would probably have a public debate over whether it's fair to give that away for free or try to monetize it to the public benefit."

Still, smart cities would be home to scores of opportunities for companies such as Alphabet, a multinational with market cap of US$769-billion and an insatiable hunger for data, to understand and monetize its ever-growing user base. Susan Crawford, a Harvard University law professor and co-author of The Responsive City: Engaging Communities Through Data-Smart Governance, told The Globe and Mail: "The more Google knows about users in a very personalized way, the more useful its insights will be when it tries to resell expertise back to city governments of the world."

Prof. Crawford has pointed to Chicago's decision to contract out parking-meter control as a lost billion-dollar opportunity – and that Toronto could similarly risk losing out with Sidewalk. As the economy is becoming more and more data-driven, governments need to consider the value of that data when signing contracts with the private sector. "The value of the data may exceed the value of the contract entirely in every other way," said Dan Ciuriak, a senior fellow with the Centre for International Governance Innovation, who has written about the issue.

While Mr. Doctoroff routinely insists that Sidewalk's city-building work is separate from the data analysis of its cousin, Google, that doesn't change the massive scale of the data-crunching power of Alphabet-owned companies. Nor does it mean Sidewalk's corporate position relative to its parent is rigid; Alphabet just folded its smart-home division, Nest, back into Google.

Sidewalk has discussed creating a trust to own the data generated by the Quayside project, which Mr. Doctoroff said might be a more independent path than having it handled by governments. It has also promised not to commercialize the data, but Mr. Doctoroff said the company has not ruled out "ultimately licensing the technology" developed in Toronto as a way to monetize the project.

Some tech leaders find Canadian governments' support of Sidewalk emblematic of an uncritical embrace of big American tech companies – the race to bid for Amazon's HQ2 is another example – when many Canadian companies already find it hard enough to compete with the world's most advanced computing firms.

Both Canadian startups and foreign tech giants are investing heavily in machine learning, a type of artificial intelligence that can study large pools of data to make predictions – even of human behaviour. Those predictions can help develop intellectual property: value born from studying civic data.

"In the future, IP [intellectual property] is a hugely important thing," said Carl Rodrigues, chief executive of Mississauga mobile-communication business SOTI Inc. "It dictates the success of an economy. And if all the revenues from the IP go back to the mothership – and the mothership is not in Canada – the jobs might be in Canada, but the true benefit of that IP and the revenues and tax generated from that IP do not stay in Canada." With the insights gleaned from Canadian data, Mr. Rodrigues continued, "they could open a centre in China and do research that began in Canada."

His fast-growing company uses machine learning, statistical modelling and image processing to assess traffic flows – including those of Toronto's transit-first King Street pilot project – and make city streets and intersections more efficient. Mr. McBride is an advocate for open architecture – ways to collect data that are transparent, consistent and not proprietary, with opportunities for anyone to come in and work with that data.

Consider transit data: In Toronto, riders can text the Toronto Transit Commission to find out when their next streetcar is coming, but independent developers have also designed apps with the TTC's open data to generate even more trip-planning insights.

Both Mr. Doctoroff and Sidewalk's request-for-proposal submission to the city make repeated references to keeping Quayside's data as open as possible: It will be kept on an "open platform" governed by "open standards" that will allow any third-party developer to innovate with it without any kind of tolls. "Our intent is to expose whatever data is permissible to be exposed – which itself will be part of a discussion and a negotiation – to the world," Mr. Doctoroff told The Globe.

But if a private-sector company builds smart infrastructure in a jurisdiction that lacks a deliberate plan for data standards, it can be designed to give that company the upper hand in using it – even if it's an open platform. Mr. McBride points to Facebook Inc., whose programming interface lets third-party developers work with data, but which still allows Facebook to walk away with a disproportionate economic benefit.

The battle for other kinds of user-generated data has already been decided – which is why tech leaders such as Mr. McBride are frustrated by how little they know about Sidewalk's proposed standards. "You and I both generate hundreds of dollars a year worth of consumer data, which we give away for free," he said. "Someone else, usually not a Canadian company, monetizes that and creates hundreds of billions of dollars of market cap. And, other than we get to send e-mails for free, we don't get to share in that value creation."

Sidewalk, then, could set a precedent that hinders future smart-city endeavours in Canada. As Bianca Wylie, head of Open Data Institute Toronto, puts it: "You don't write policy with a vendor."

Without a cohesive national strategy, Canada's data risks being taken advantage of, says Ben Bergen, executive director of the Council of Canadian Innovators, which is chaired by former Research in Motion Ltd. co-CEO Jim Balsillie.

"I think that the landscape is so shifting, for us to lock ourselves into agreements that don't allow for some fluidity is a challenge," Mr. Bergen said. "If Canada is to be a leader in a data-driven economy, we need regulators to ensure that Canadian innovators are able to capture and scale the scope of the data generated by Canadians – which will cause more businesses to be more innovative, creative, create jobs and generate wealth for Canadians."

The tech community expects to see some small steps toward a national data strategy in Tuesday's federal budget, although an Innovation Ministry spokesperson said a full strategy won't be ready for at least a few months. In an interview, Minister Navdeep Bains avoided suggesting he was concerned about the implications of Sidewalk Labs' proposal for Toronto, but said the forthcoming strategy would address some of the issues Canada's tech community is raising: "Who owns the data? Who will benefit from data? Who monetizes the data? What are some of the ethical issues around that?"

In Ontario, Economic Development Minister Steven Del Duca said in an interview that questions around Sidewalk's proposals for Toronto have "focused" the province's need to act, and multiple ministries are working together on a cohesive plan: "We can't afford to wait five or 10 years."

And while Toronto city staff say Sidewalk data would be available on the city's open-data portal, councillors such as Paul Ainslie have been critical of how details are being released. "It should be the city developing policies and guidelines to protect individuals and businesses, not a collaborative design process," he said in an e-mail.

Sachin Aggarwal is among those calling for Canada to act. The open-architecture advocate and chief executive officer of Toronto-based Think Research, a heath-care tech company that scours data across multiple sources to suggest optimal patient care strategies, says time is running out: "We can wake up five years from now and not have moved on this or continue debating it, and it will have passed us by." 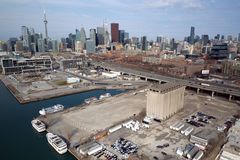 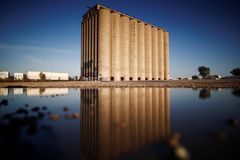 Sidewalk Toronto promises to listen, but what it really wants is an open question
November 3, 2017