If you did what Apple did, you would find yourself sitting behind a metal table in a windowless room with the taxman barking out rude questions.

In 2012, Apple shunted 65 per cent of its global income – $26-billion (U.S.) – into Ireland, where it paid a special corporate tax rate of only 2 per cent in an elaborate, though legal, campaign to shave tens of billions of dollars off its American and global tax bill. Carl Levin, head of the U.S. Senate's permanent subcommittee on investigations, said Apple did so through the use of "ghost companies" that exist nowhere for tax purposes, "not in Ireland, where they are incorporated, and not in the United States, where the Apple executives who run them are located."

But never mind. Apple CEO Tim Cook said the company broke no tax laws and did nothing unethical. In an monumental act of bravado, the company, in written testimony, implied that America should be grateful that Apple exists because it is "a powerful engine of job creation in the U.S." and that it still pays a lot of taxes in its home country. We'll forget for the moment that most of its products are made in China and other overseas spots.

Try that argument with your taxman: Hey, I did pay some taxes at home and I employ a nanny and a gardener, so leave me alone.

Apple's flexible morality is in good company. The British press reported last week that Amazon paid less corporate tax in Britain (£2.44-million, $3.7-million U.S.) last year than it received in government grants (£2.5-million), which were used to build a new distribution centre in Scotland. Starbucks paid only £8.6-million in corporate tax since it set up shop in Britain in the 1990s in spite of reporting more than £3-billion in sales since then (in December, Starbucks tempered the public outrage somewhat by agreeing to pay £20-million in tax over 2013 and 2014). Google used legal loopholes to pay only £6-million in taxes in Britain in 2011, where it had £2.6-billion in revenue. One of the loopholes allows it to "complete" British sales in Ireland, where the tax rate is half the British rate.

Sweet deals if you can get them. They're just not for you. They're for multinational corporations with their oily lobbyists and $700-an-hour lawyers, who know how to exploit ultra-low-tax countries and are expert in the dark art of shifting sales, profit and debt between countries to minimize the tax hit. You can't blame companies for acting like tax hedge funds – shareholders demand nothing less – or for hard-working families for thinking such corporate behaviour should not be legal, especially in the age of austerity, when governments need all the revenue they can get to keep hospitals and schools open.

Who to blame? The race to the bottom of the tax pile.

Governments in the Western world have been cutting taxes for decades for corporations and individuals, especially the wealthy, even as national budget deficits are creating debt bombs. The slicing leads to more slicing as countries try to attract, or retain, businesses and entrepreneurs and make life comfortable for millionaires and billionaires. This week, Fiat Industrial, the truck and tractor maker whose sister company is car maker Fiat-Chrysler, announced it would shift its tax residency to Britain, whose corporate taxes are much lower than Italy's.

Jeffrey Sachs, director of the Earth Institute of Columbia University, wrote in the Financial Times well before the Apple tax dodge was exposed that "Both the U.S. and U.K. are aiming to do the impossible: run a modern, high-technology, prosperous 21st-century knowledge economy without the requisite tax base, largely to satisfy the upper classes and multinationals, which threaten to decamp to milder tax regimes, or direct campaign contributions elsewhere."

The race to the bottom has become absurd. Ireland's corporation tax rate is 12.5 per cent, about one-third of the U.S. level. While the ultra-low rate has attracted companies such as Apple and thousands of back-office banking jobs, it did nothing to spare Ireland from joining Greece and Portugal in the bailout sewer. The European Union and the International Monetary Fund urged Ireland to raise its tax rates, but Ireland refused, in the mistaken belief that it can un-tax its way back to wealth. Meanwhile, the high-tax, competitive and bailout-free Scandinavian countries are rolling merrily forward.

In an ideal world tax rates should be harmonized, or at made less unequal, but that will never happen. Still, loopholes can be closed to prevent companies such as Apple, Amazon and Starbucks from avoiding taxes in markets where they enjoy stupendously high sales.

There is no doubt tax reform is needed. One idea would be to tax a company not on its residency, that is, where it is incorporated or owns factories, but where it makes its sales. If reform doesn't happen, multinational companies will keep gaming the system, producing shameful cases of legal tax avoidance that help no one but shareholders. 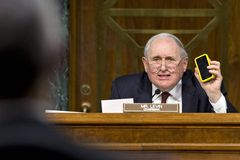 In tax avoidance, Apple has plenty of company Subscriber content
May 11, 2018 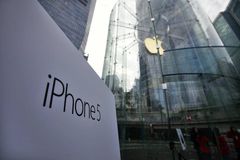