Royal Dutch Shell PLC is warning about the potential for a worldwide shortage of liquefied natural gas in the mid-2020s as Ottawa mulls whether to lend a hand to a stalled Shell-led project in British Columbia.

Shell's outlook for a tightened global LNG market is widely expected to boost the chances for the LNG Canada project to be built in Kitimat, said Dan Tsubouchi, chief market strategist at Stream Asset Financial Management LP. But a tax obstacle remains – the federal Finance Department must decide whether to grant an exemption to LNG Canada on anti-dumping duties imposed against imports of fabricated industrial steel components.

"Following the wave of investment from 2011 to 2015, final investment decisions on LNG projects have nearly stopped. As LNG projects generally take more than four years to start production, new supply will not be ready until well into the next decade," Shell said in a report on Monday as it forecast robust demand in Asia will continue over the long term.

Shell executive Steve Hill said during a webcast that energy companies must step up soon and prepare to construct LNG export terminals in order to catch the next wave of development.

"We're starting to see some of the building blocks and some of the intent being put in place," said Mr. Hill, the Singapore-based executive vice-president at Shell Energy, a division of the Anglo-Dutch energy giant. But he cautioned there is a risk that LNG supply won't keep pace with demand, "and that's why we've flagged it."

The prospect of the world's LNG market going from a glut of supplies last year to a shortage in 2024 opens a window of opportunity for Shell, which owns 50 per cent of the LNG Canada joint venture planned for Kitimat in northern British Columbia. If the consortium decides to forge ahead in late 2018, construction would be completed in late 2023 – in time to meet the expected need for fresh supplies.

Haisla chief councillor Crystal Smith said her Indigenous group backs LNG Canada's efforts to export fuel from a terminal that would be located on the Haisla's traditional territory. "Ottawa has some potential solutions and policy ideas on the table, and I have optimism about what could be done in terms of advancing the LNG project," Ms. Smith said in an interview.

The federal tariffs of up to 45.8 per cent on imports of fabricated industrial steel components are primarily targeted at China and South Korea. LNG Canada is hoping to import LNG modules from China and assemble them in Kitimat. The steel portion typically accounts for about half of the weight of a typical module, and 20 per cent of the value.

No LNG project is under construction in British Columbia, despite energy companies unveiling more than 20 proposals in the province from 2011 to 2015.

In July, 2016, LNG Canada announced a delay in making its final investment decision. Slashing costs such as anti-dumping duties will figure prominently in whether the Kitimat proposal is deemed attractive enough to approve.

Two groups are in the running to serve as LNG Canada's prime contractor: Technip FMC and KBR Inc; and JGC Corp. and Fluor Canada Ltd.

LNG Canada forecasts that it will cost up to $40-billion to construct the B.C. terminal and complete various infrastructure, including TransCanada Corp.'s proposed $4.7-billion Coastal GasLink pipeline from northeastern British Columbia to Kitimat.

A spokeswoman for Shell Canada Ltd., a unit of Royal Dutch Shell, said the final decision will be made by the four co-owners of LNG Canada.

"The latest Shell LNG outlook points to improved global demand for LNG into the 2020s. However, along with global energy markets, the timing of a final investment decision on LNG Canada is up to the joint venture participants to make based on additional factors, including the competitiveness and affordability of the project, as well as market conditions," Tara Lemay said in a statement from Calgary.

Besides Shell's 50-per-cent stake in LNG Canada, South Korea's Kogas and Japan's Mitsubishi Corp. each have a 15-per-cent interest, while PetroChina Co. Ltd. owns 20 per cent.

"The LNG Canada project team is working to have materials ready in 2018 to provide to the project's joint venture participants for a final investment decision [FID]. The exact date of an FID will be up to the joint venture partners to decide," Ms. Lemay said.

The BC Liberals won a majority government in 2013, fuelled by campaign promises of LNG riches, but after the nail-biter election in 2017, the NDP formed a political alliance with the BC Green Party, resulting in the ousting of the Liberals. Last month, BC Green Party Leader Andrew Weaver threatened to bring down Premier John Horgan's NDP minority government if it continues to promote the LNG industry. 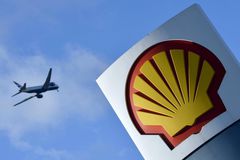 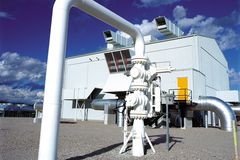