Canada's biggest drugstore chain is exploring the possibility of getting into medical-marijuana sales in a move that would dramatically alter the landscape of the new industry, bringing one of the country's best-known retailers into the business.

Shoppers Drug Mart Corp. has held multiple meetings and phone conversations with licensed medical-marijuana producers across Canada over the past year about carrying a variety of brands in their drugstores, according to people involved in those conversations.

The chain, which has more than 1,300 locations across Canada, is also said to be in talks with suppliers about a generic line of the drug that would be sold under the drugstore's own brand, according to people present during the conversations.

A small team of executives from Shoppers is said to have been touring the sites of medical-marijuana growers over the past several months, holding talks with several of the 29 federally licensed producers. Reached Tuesday, a spokeswoman for Shoppers Drug Mart said the company sees pharmacies as a logical option for selling the drug.

"Pharmacists are medication experts and play a significant role in the prescribing and monitoring of medication to ensure safe and optimal use," spokeswoman Tammy Smitham said. "We believe that dispensing medical marijuana through pharmacy, like other medications, is the safest option."

For now, the discussions involve medical marijuana, but the talks come as the federal government is planning to eventually legalize the drug for recreational use. Supply deals with some of the country's largest legal grow operations, and a licence to distribute the product in pharmacies, could position Shoppers as a major national force should legalization occur.

However, Shoppers isn't the only drugstore chain interested in the industry. Mark Gobuty, the chief executive of Peace Naturals Project Inc., one of the producers licensed by Health Canada to grow medical marijuana, said over the past six months he has been approached by two of Canada's largest pharmacy chains about becoming a potential supplier.

"What they wanted to do was to lock up a certain amount of supply at a guaranteed price," said Mr. Gobuty, whose privately owned company is based in Stayner, Ont., north of Toronto. Mr. Gobuty declined to name which companies reached out to Peace Naturals, but said he turned down both offers because, at this stage, his firm wasn't prepared to meet the demands that come with supplying a major retailer.

Some sources inside the medical-marijuana industry say they have also been contacted by drugstore chain Rexall, which is Shoppers' biggest rival. However, the company said Tuesday it is not actively looking at the market. "Rexall is not exploring any options or initiatives related to medical marijuana," company spokesman Derek Tupling said.

It's natural for pharmacies to gravitate toward this market because of the decision, released by the Supreme Court of Canada in June, that allowed producers to sell marijuana in the form of oil, rather than a "bulky, smelly flower," Mr. Gobuty said.

"The stigma has come down significantly and you're got a delivery system now that doesn't require smoking. It's obviously highly counterintuitive to physicians to prescribe something that you have to smoke," he said. "This to [the drugstore chains] is in their wheelhouse. This they can deal with. If you get a dollar or two, or four dollars per bottle, it's an incremental source of revenue. It's organic growth for them. And everybody's looking for that."

Drugstores were initially opposed to the idea of selling medical marijuana in the early days of the industry, but appear to have joined the rush to stake out a place in the growing sector. Were Shoppers to enter the market, the move would set up a potential battle with the provinces, which are also eyeing the profits that could be made from selling various forms of the drug once Ottawa creates a regulatory framework for the recreational industry. Ontario Premier Kathleen Wynne has touted her province's LCBO liquor stores as an ideal model for legal marijuana sales, and is no doubt drawn by the profit margins the province could make.

Industry sources who spoke to The Globe and Mail on condition of anonymity, because the talks are confidential, said some licensed producers would benefit from a deal to supply their name-brand products to Shoppers, given the chain's reach in Canada. An arrangement to supply the chain with marijuana for its own white-label brand could potentially be lucrative as well, but would likely only be available to larger producers.

In order to sell marijuana, companies require a distribution licence from Health Canada. Under current regulations, the product can only be sold online, since there is no regulatory regime for retail sales in a storefront pharmacy such as Shoppers. However, it is possible the federal government could make changes to that legislation as it designs the framework for legalization.

A distribution licence would allow a drugstore to purchase marijuana from a licensed producer, sell it under that company's brand or repackage it if necessary, said Aaron Salz, an analyst with Dundee Capital Markets. "That's what a licence would give them the ability to do," Mr. Salz said. "I don't think they … would want to grow their own." 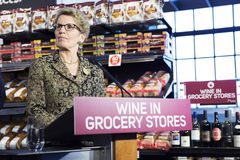 Why I quit my dream job at Google to launch a marijuana business
February 22, 2016 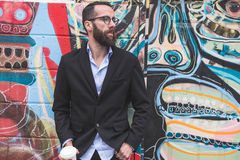 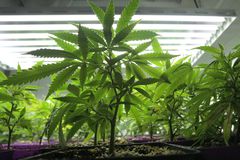 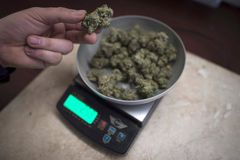