A major mall owner is stepping into the digital age with drive-through pick-up depots for e-commerce orders in a push to woo customers to its bricks-and-mortar stores.

In the next three to six months, SmartCentres Inc. will start testing online purchase stations in three of its Toronto-area shopping centres. Dubbed Penguin Pick-Up, after SmartCentre's penguin corporate logo, the depots will serve retailers operating in the company's properties and other e-commerce players which sign on to the program.

Mitchell Goldhar, chief executive officer of SmartCentres, is betting the new pick-up depots will be a convenience for customers and a boon to his business by drawing people to his centres at a time when they're increasingly shopping online.

"We know the writing is on the wall," Mr. Goldhar said in an interview. "But it's also an opportunity. It's also going to be a good business to be in. And it could very well be a way to make our existing shopping centre business busier than it ever was."

As cyberselling begins to squeeze bricks-and-mortar stores, shopping centres increasingly are looking for ways to cash in on digital trends rather than risk being a victim of them.

"It's about making digital and physical work together for the consumer," said Kevin McKenzie, global chief digital officer at Westfield, which two years ago hired the veteran cyberentrepreneur to head its new digital lab in San Francisco.

The urgency for malls is clear. While e-commerce made up just 4.5 per cent of total Canadian retail sales last year, by 2018 that proportion will jump to 8.2 per cent or $43.95-billion, predicts researcher eMarketer. E-commerce sales are expected to pick up in the double-digits in each of the next five years, outpacing overall retail sales gains which will be closer to 5 to 8 per cent annually, it estimates.

Now, shopping centres are joining retailers in looking for ways to boost their e-commerce and digital efforts, said Paul Briggs, Canadian analyst for eMarketer. Otherwise, they face the spectre of declining shopper traffic to their malls.

Some retailers, including discount giant Wal-Mart Canada Corp., already have reported traffic to their stores is dropping. Other chains, such as electronics specialist Best Buy Co. and office supplies purveyor Staples Inc., are closing outlets or shrinking their size. Some are using excess space for e-commerce pick-up depots.

Domestic retailers are beginning to catch up after being slow to take on burgeoning e-commerce titans such as Amazon.com Inc., he said. Wal-Mart, which is a key tenant of SmartCentres, is rolling out a "grab and go" service, which allows customers to pick up online orders in store lockers. It's an alternative for customers who find home delivery is problematic because they aren't home to receive their purchases, said Simon Rodrigue, senior vice-president of e-commerce at Wal-Mart. Now, he welcomes the Penguin Pick-Up effort as another option.

Westfield, which runs shopping centres in Australia, the U.S. and Europe, is testing almost 30 digital initiatives, including a click-and-collect pilot at its two London malls, Mr. McKenzie said. It has set up a concierge lounge for online pickups that even has dressing rooms for shoppers to try on their fashion e-purchases. In two of its U.S. malls, it has tested same-day delivery for participating retailers. He has learned that the digital programs work best when most stores in a mall participate in them, he said.

In Canada, Ivanhoe Cambridge, the real estate arm of the Caisse de depot et placement du Quebec, last spring underlined its digital commitment by naming an executive to head digital initiatives. "We see the advent of e-commerce as another opportunity to connect with our shoppers and retail partners," Roman Drohomirecki, co-chief operating officer at Ivanhoe, said in an e-mail. Ivanhoe is working with Google to create virtual shopping itineraries for its 40 malls, including hours of operation and links to stores' web sites.

Mr. Goldhar said Penguin Pick-Up is trying to tackle one of the most challenging and costly components of e-commerce: the so-called "last mile" or getting the online order to customers economically and conveniently.

Penguin Pick-Up will allow customers to stay in their car by having staff bring purchases to them. Eventually, he envisions the possibility, along with Calloway Real Estate Income Trust, in which he's the largest shareholder, of creating an online shopping centre with a full range of delivery options, including home shipments.

"We're putting a stake in the ground in online for offensive and defensive reasons," he said. 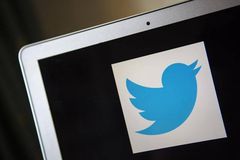 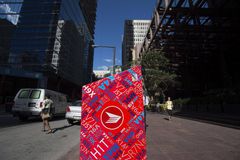