Eric Boyko has dreams of turning the karaoke industry - the kind of business that conjures up images of Neil Diamond covers sung in darkened bars - into a serious money-making venture.

Those aspirations will get a major boost this week when Stingray Digital Media Group reveals a plan to partner with Google Inc. to stake a major claim in the world of online karaoke.

It is potentially a company-defining move for the small Montreal firm, which in three short years has amassed about 18,000 licensed karaoke tracks, the largest catalogue of karaoke songs in the world that can be streamed online.

The deal, which could be announced as early as Wednesday, will see Stingray's cable television business, The Karaoke Channel, launched on Google-owned YouTube with a modest 300 songs. But the endgame is much bigger.

Both companies see the rise of American Idol and Guitar Hero as the start of a new appetite for karaoke. But the key to Google getting on board with Stingray is a larger goal to allow people to post videos of themselves online in a global karaoke community launched as a new application, Google Karaoke.

"We're democratizing karaoke," Mr. Boyko said of the company's push, which began when it bought struggling U.S. cable TV property The Karaoke Channel and injected new life into it. Today, the once cash-strapped channel has been exported to about half a dozen countries and has 35 million subscribers around the globe.

Mr. Boyko, who founded Stingray with fellow Quebec tech entrepreneur Alexandre Taillefer, said the company wants to turn karaoke into a credible business. "We want to do for karaoke what Cirque du Soleil did for the circus," Mr. Boyko said.

In an industry where many of the songs recorded are unauthorized versions of popular songs, Stingray's catalogue is the largest known collection of licensed, legal karaoke songs.

Though the Internet is populated with thousands of karaoke versions of tracks, it is difficult for Google to build legitimate businesses around most of that content, since much of it is not licensed. However, using Stingray's catalogue, in which the company has negotiated deals with the song publishers, Google can sell advertising. Stingray and Google plan to split those revenues, bringing significant cash to the small company.

"We see it as a potential seven-digit deal over the years," Mr. Boyko said. Stingray also owns cable music channels such as Max Trax in Canada, which it bought from Corus Entertainment Inc. for $16-million. Stingray has grown from only a few employees a few years ago to 110 now. Two years ago, revenue was $3-million, but the privately owned company expects to bring in about $35-million this year.

Owning the karaoke rights to its songs has made Stingray a commodity in the TV and movie industry. Shows such as American Idol and America's Got Talent use the Montreal firm for the tracks its contestants sing over, since using the karaoke version Stingray records at its studios costs only a few thousand dollars, while getting the actual version from an artist can run as much as $50,000.

The deal took shape during a heli-skiing trip in 2008 that was arranged by auto parts magnate Belinda Stronach for a variety of business executives that included top officials from Google. It was on that trip that Google executives and Mr. Boyko began talking about creating a new application for the search engine. The executives met for a karaoke party later that night, which further sold the Google execs on the idea.

The business wasn't an easy sell, even for Stingray's biggest investors, including Telesystem Ltd. which owns a large stake in the company. Telesystem vice-president François-Charles Sirois admits he was puzzled when Mr. Taillefer moved to buy The Karaoke Channel, based in North Carolina.

"I'm not a karaoke guy and I thought that was so cheesy," Mr. Sirois said Tuesday, laughing at his own reaction. "I said, 'Alex, find anything, but not karaoke.'" He said he likes the business now. "I think it's really Alex's vision, here." 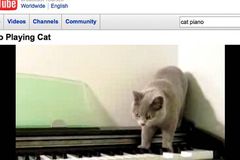