The outlook for Alberta's emerging solar-power industry just became a lot sunnier thanks to the provincial climate change policy that pledges to eliminate coal-fired electricity plants by 2030.

"We've been struggling against cheap coal for years," said Mr. Kelly, who entered the industry in 2001 with a solar photovoltaic (PV) installation in his own home. He has since designed and installed solar thermal and PV systems across Canada.

"Currently in Alberta, it's cheaper to produce electricity with coal as long as it's free to dump all of those pollutants in the sky," Mr. Kelly said. "If you had to pay for those pollutants, then solar would be the cheapest."

Mr. Kelly predicts a more competitive electricity market under the provincial government's new climate change policy, which would initiate carbon pricing starting in 2017 and sets a target of generating 30 per cent of Alberta's electricity through renewable sources by 2030.

"We're going to have a lot of solar and wind farms under construction in the next 15 to 20 years," he said.

SkyFire recently installed one of the largest solar projects in Canada, a two-megawatt system for the Green Acres Hutterite colony of about 80 people and 20,000 acres of farmland east of Calgary. The Hutterites put up the initial investment of $4.8-million without one penny of government help, recognizing that the economics made sense. The facility is predicted to pay for itself in 15 years.

"The Hutterite project is fascinating," says Paula McGarrigle, a renewable energy and climate change consultant with Solas Energy Consulting, which has offices in Calgary and Colorado. "It shows innovation in action. SkyFire and [the industry] have worked really well under the existing regulations, but this is hard to do under the existing regulations with existing energy prices."

Unlike Ontario and other provinces, Alberta offers no incentives or subsidies for renewable energy.

A regulation governing the microgeneration of power introduced in 2009 has somewhat stimulated renewables by allowing Albertans to generate their own environmentally friendly electricity for their own consumption, and receive credit for any unused power they send to the electricity grid.

Ms. McGarrigle says the regulation change was one of three key moves to stimulate demand for solar electricity in Alberta. The other two have been a significant drop in the price of solar power technology, and a multimillion dollar marketing campaign by the power utility Enmax Corp. promoting solar as an alternative. The utility introduced a program to make it easier for consumers to invest in residential solar energy.

More recently, Enmax and Calgary unveiled the city's largest solar electricity system, consisting of 600 modules on the roof of the recreational facility Southland Leisure Centre. It is the first of many such investments the municipality intends to make.

"Calgary has a fantastic solar resource," says John Rilett, director of distributed generation for Enmax. "Calgary and southern Alberta are the sunniest places in Canada. By comparison to Germany, our solar resource is 40 per cent better."

In other words, Calgary and southern Alberta could one day become world leaders in the production of solar power.

"Obviously we are the best from a resource point of view," says Ms. McGarrigle of Solas Energy. "The resource itself is phenomenal, the cost is coming down dramatically, and we're really waiting for the market to open up to allow renewables to come in. That's specifically what this government is trying to do."

The industry is awaiting the details of Premier Rachel Notley's new climate change plan. In particular, eyes will be focused on the requirement that 30 per cent of all electricity produced in Alberta by 2030 come from renewable sources. Today that figure is about 9 per cent.

The government-appointed Climate Change Advisory Panel recommended that the province increase the generation capacity of renewable energy through long-term contracts whereby the government provides for a degree of revenue certainty for providers. This will allow startups to secure financing from banks and encourage new entrants to the market.

Ms. McGarrigle would like to see an even playing field established through the auction process, perhaps by setting targets for varying types of renewable energy. "If solar is competing in the auction against all renewables, solar, economically, is not as cost effective as wind," she said. "We need the mixture so we can achieve the overall 30 per cent target.

"More competitors should be able to enter the market through the auction, as they will be better able to get financing with a long-term contract, and a guaranteed source of government revenue." 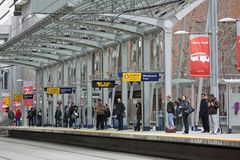 Fuel made from plants is like ‘running on solar energy’
November 26, 2015 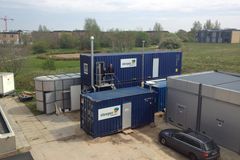 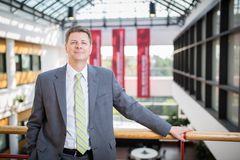