Five years before the Vancouver Winter Olympics, British Columbia's small business ministry launched the 2010 Commerce Centre, an office and website where it posted all Games-related business opportunities. The centre offered resources to assist entrepreneurs in the application process, and for building new skills and developing relationships.

The centre staged 252 workshops across the province, playing "matchmaker" between 1,000 regional delegates and 3,000 potential international partners. It enlisted B.C. businesses, some tied to the Games and some not, and introduced them to companies visiting from outside the province. Once the Games began, the matchmaking role continued.

"We're very fond of saying the Olympics were not a landing pad, they were a launching pad," said Iain Black, Minister for Small Business, Technology and Economic Development. "We were overwhelmed by the degree to which the British Columbia business community - almost exclusively the small business community, actually - responded."

Contracts were awarded by a number of sources, including the Vancouver Organizing Committee (VANOC), all three levels of government, and Olympic and Paralympic sponsors. Nearly 10,000 businesses registered for free with the Commerce Centre, which e-mailed opportunities based on industry sector. Each opportunity and how long it remained open was the responsibility of the issuing organization.

Switch United, a Vancouver-based design studio that specializes in multimedia campaigns for a range of clients, had an active hand in two high-profile Games projects: the Digital Gateway interactive wall , and the Curious Tree, a digital art installation that was set up in the B.C. Pavilion . It was up against more than 20 other companies , a list eventually cut down to a handful of applicants that were invited to make presentations.

"It was a great, great project to win and we were up against some very stiff competition who also had some great ideas. I think what probably made the difference for us was bringing in the right partners early on," said Mark Ross, Switch United's director of new business.

Working with two other companies to win the Digital Gateway project, valued at $500,000, Switch made a dingy, 35-metre long corridor "come alive" with an interactive installation showcasing economic success stories from Canada's West Coast. The work garnered industry accolades and gave Switch, and its staff of 16, an opportunity to work with other B.C.-based tech companies on a substantial project.

"Vancouver has huge, world-class talent that's been sort of loosely affiliated before. But when you've got a major global event like the Olympics coming together, it's a great opportunity to find a reason to pool those companies and resources together and do something incredible," Mr. Ross said.

Mr. Ross said the two Games projects generated about a dozen solid business leads for work in Vancouver, Calgary, Toronto, the United States and China. About a quarter of the new projects are valued at about $250,000, and one is worth $500,000.

Viridian Power, a Vancouver-based business that provides temporary power systems for special events, movie shoots, construction sites and concerts. During the Games, it partnered with Netherlands-based Aggreko, the largest temporary power supplier in the world.

Viridian Power is a Vancouver-based business that provides temporary power systems for special events, movie shoots, construction sites and concerts. During the Games, it partnered with Netherlands-based Aggreko, the largest temporary power supplier in the world.

Aggreko brought in the design and equipment for the Games, while Viridian brought the workers to the job. "Being a foreign company, Aggreko did not have the qualifications or the qualified workers to do work here in B.C., so they had to partner with a local company," Viridian president Mark Lawton said.

Viridian has a core staff of about a half-dozen office and project management employees and hires other employees as needed for specific jobs. It has about 150 people on call, with various levels of electrical certification. During the Games, its staff roster exploded to about 140 employees, and Mr. Lawton said his workload reached 18 hours a day, seven days a week in the months leading up to the Games.

He said the payoff was well worth it. In addition to spurring increased interest in the company, Mr. Lawton said the Olympics gave him an opportunity to get some perspective on the industry through a full strategic analysis of the company and its market.

"It is the largest event that we will ever do," he said. "The experience and the knowledge and … the confidence that the company gained in knowing that, 'If we can do this, we can do anything' - that says a lot."

The challenge is how to effectively measure the full impact of the Olympics when not all benefits translate into financial gains.

"It's really difficult for us to get a true measurement on every piece of business relationship that develops," he said. "Our job was to lay the foundations for the networking and the business to take place, and that was what we did in spades."

The small business ministry is trying to get a greater idea of the scope of the Games by tracking formal introductions it made. So far, out of 82 of the "significant introductions," about half have resulted in deals, partnerships or announcements. 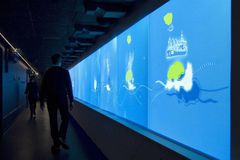 Athletes step up to business podium
February 25, 2010
Couple trades corporate life for bakery
March 18, 2010
Follow us on Twitter @globesmallbiz Opens in a new window
Report an error Editorial code of conduct
Due to technical reasons, we have temporarily removed commenting from our articles. We hope to have this fixed soon. Thank you for your patience. If you are looking to give feedback on our new site, please send it along to feedback@globeandmail.com. If you want to write a letter to the editor, please forward to letters@globeandmail.com.
Comments