Vancouver entrepreneur Alan Gelfand is nudging governments in Canada and abroad with a solution for ticket scalping: why not regulate ticketing like the airline or securities industries?

His technology could support that. Authenticket, developed by Mr. Gelfand's Fair Ticket Solutions Inc., uses a two-step authentication system to ensure that tickets to concerts, theatre, sporting or other events are legitimately purchased.

In regulating sales through authentication, governments could mandate tickets to stay "on the grid," like exchange-listed financial securities, with specific rules about how they can be sold to a subsequent buyer. And content providers – artists, teams, venues, promoters – could choose where tickets could be resold, placing restrictions, like price caps, where they see fit. Putting this responsibility into creators' hands, at the scrutiny of their fans, would level the resale marketplace, Mr. Gelfand says.

Implementing this resale framework would make getting into events more cumbersome, and selling tickets for legitimate purposes even more so, depending on an event's restrictions. But it has the potential to drastically reduce scalping – a practice that a growing number of Canadians have become frustrated with in the wake of skyrocketing resale ticket prices.

"The securities industry, even though you have to trade in a specific exchange, still will allow for you and I to do a private transaction, on the one condition that when that certificate goes in your account, you've proven it's authentic," Mr. Gelfand says.

Similar to airline check-ins, Authenticket requires that a ticket-holder's ID be verified, such as through credit-card ID or mobile check-in, before a venue can scan a ticket. Some ticket sellers already require ID checks to disenfranchise scalpers, though it's hardly a widespread practice.

Mr. Gelfand has had conversations with British legislators about the software, and has been in talks with Ontario's Attorney-General's office as it reviews its Ticket Speculation Act in light of 2016's widely publicized Tragically Hip scalping problems. Fans faced huge markups while hoping to see one of frontman Gord Downie's final tours after a terminal brain cancer diagnosis. (A ministry spokesperson confirmed Mr. Gelfand had met with its office during consultations, but did not comment on speculation regarding his software.)

"A technology like this could really redefine the industry," says Pascal Courty, a University of Victoria professor who studies ticket-resale economics. While he imagines major vendors would be hostile to the framework, he says it would reduce the power of price-raising secondary brokers, many of whom benefit from buying big blocks of tickets through "bot" technology.

But Authenticket's usefulness may not trickle down easily to smaller venues and promoters. "On the level of club and small theatre shows, it seems awfully bureaucratic," says Jeff Cohen, co-owner of Toronto's Collective Concerts, which promotes shows in venues such as the Horseshoe Tavern and the Danforth Music Hall. He said he hopes Ontario's government is actually consulting fans who regularly support local, smaller-scale events, rather than just arena spectacles.

The global secondary ticket industry is reported to be worth more than $8-billion (U.S.).

Authenticket's primary purpose is to reduce fraudulent tickets sold on secondary markets like StubHub. But with its framework for limited resales, Mr. Gelfand says, artists, promoters and venues could choose where and how they could be resold under the watchful eye of fans.

As an example, he envisions a scenario where Adele restricted secondary sales to a single secondary marketplace, such as Ticketmaster's TM Plus, and implemented a price cap. Then, when U2 comes to town, if they don't follow suit, "they have to answer to their fans."

There are numerous ways artists or sports teams could take advantage of the system, he says, this time invoking the Tragically Hip. The band could allow ticket resales on its own website, perhaps, but require 50 per cent of resale profits to go to the Gord Downie Fund for Brain Cancer Research. "What a win for everybody," Mr. Gelfand says.

Why it’s so hard to score Tragically Hip tickets and how you might be able to beat the bots
June 2, 2016 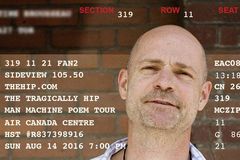 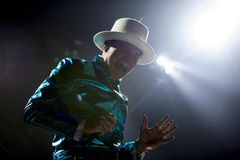