Not only do they travel regularly to exotic places for Beach Travellers Inc., their backpacking travel company, they have dodged the corporate veal-fattening pen that is the office cubicle.

Only once have they donned a suit to work, and that was to woo Thai bankers. They are their own bosses, so no one will complain if they grow beards and wear flip-flops, which they often do. In fact, there is no physical office space, because their entire staff works remotely, eight hours a day, in cities across Canada.

The tools of their trade are iPhones, Macs and Skype. When off duty, they are unplugged, or offline.

Mr. Hermiston and Mr. Barker run a thoroughly high-tech, global village-style business, and they are running it on their terms.

"We are not in this to be millionaires. We are in this to travel and have what we have right now," says Mr. Barker, who is fluent in Portuguese and Spanish.

He is seated next to Mr. Hermiston in a Kitsilano café in Vancouver, and the two look like beach bums after a recent trip to Costa Rica, where they run surf camps. They might not be seeking riches, but the 27-year-olds from White Rock, B.C., made $1.2-million in revenue in 2011. They may look like slackers, but they are overseeing a tightly run ship, especially now that they've hired a director of operations and a sales team that targets young people the quickest way possible – through social media.

Their virtual office consists of two dozen young administrative staff who work from home in Halifax, Montreal, Toronto, Edmonton, Calgary and Vancouver. They hold daily five-minute morning huddles at precisely 10:55 a.m. on Skype. The meetings give staff the chance to voice problems and go over weekly goals for Facebook mentions or tweets.

Every Monday, they have a one-hour meeting in which a leader is chosen and someone tells a travel story to inspire everybody else. They have just started a BT Book Club, where they discuss the business and travel books they've read. Four times a year, they fly everybody to one city to meet up and analyze strengths and weaknesses.

"We go through every sector of the company and tear it to shambles … then we start again," says Mr. Hermiston.

For those trips, they use the thousands of travel miles they've banked. With 45 tour groups a year to Brazil, Bali, Thailand and Costa Rica, they generate enough mile points to drastically cut travel overhead.

Their self-devised work model has proven so appealing they have been deluged with as many as 1,800 résumés in a week. Add to the equation the fact that their average traveller client is 24 years old, often freshly single, hungry for adventure and ready to party. The average BT staffer isn't much older than the client, so they can relate, which is essential.

But anyone who thinks they are signing up for a 24-hour slacker job would be mistaken. Mr. Hermiston and Mr. Barker demand strict adherence to a work schedule and set targets.

"Résumés don't mean a lot to us. We glance at them, but what really matters is if the person has integrity. Are they intelligent? Do they have energy? Are they honest?" says Mr. Hermiston.

"If someone shows up for an interview and they are wearing a full suit …," he adds, his voice trailing off. But he doesn't have to explain further. It's clear the suit need not apply.

"It's a lifestyle choice," adds Mr. Barker. "We want people to have the same vision as us. They are not just here punching in numbers. We have to know what's happening. We allow remote working … all different types of remote working. You can work at home. Work on a trip. You can say I'm going offline 100 per cent, going unplugged for a week, which means you are not there.

"But otherwise, you have got to be online 9 to 5, and if you are not online your calendar has to say why."

The duo have been friends since high school. When they graduated, Mr. Hermiston went to Thailand and Mr. Barker went to Australia. They chatted for months online, and Mr. Hermiston convinced Mr. Barker to join him in Thailand. Mr. Hermiston, who is fluent in Thai, acted as the other's guide, showing him around for two months. When Mr. Barker returned home, he realized the power of having an experienced guide when travelling beyond the typical tourist destination. After completing a business program, he realized he did not want a job stuck at a desk in a big office. Beach Travellers was born.

Back in 2004, when they were starting out, they drove across Canada twice, visiting university campuses to stir up interest. They spent about two years working with groups in Costa Rica. But soon enough they realized they couldn't do everything themselves, so they hired reps for their major Canadian markets and 16 trip guides on contract.

They saw the business grow by as much as 400 per cent in the early years, but by 2008, it had levelled off. So they pulled a sales team together, tightened operating expenses, and got on top of customer service, responding to inquiries within 24 hours. In the last year, they've seen the company grow by about 100 per cent per month.

Their management style is not entirely without its challenges. While they prefer a laid-back approach with employees, they've encountered a few who take advantage of that.

One female guide kept disappearing nights to visit her boyfriend, neglecting her duties. Then there is an affliction that occasionally strikes the male guides. They call it "going down the rock star road."

It's when a guide who's overseeing a tour group of attractive 20-somethings starts to party more than work. Beach Travellers has a strict policy that staff is not allowed to sleep with the clients. Guides can get fired for such behaviour.

"They get drunk, sometimes go on benders. In Thailand, it's easy to drink every day," says Mr. Hermiston. "If they want to join the party, fine, but don't run out every night and make the party."

A mall built exclusively for your home reno needs
November 28, 2011 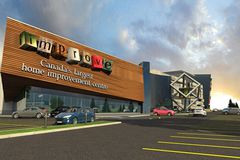 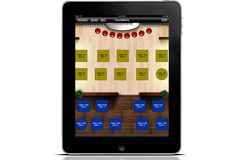 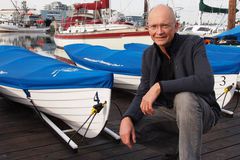 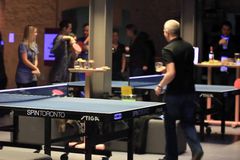