The Pacific Place mall in the centre of a buzzing Hong Kong can boast of having the world's top brands as its residents.

Shoppers can pick up trendsetting fashion from the likes of France's Celine and Chanel or timeless jewels from Italy's Bulgari. And when they're hungry they can indulge themselves a bit more with a Triple O's burger from Canada.

Triple O's? Admittedly, the name may not ring a bell with Canadians living east of Alberta, let alone overseas. But that hasn't stopped this brand from going where other compatriots often fear to tread: abroad.

Since its foreign debut at Pacific Place just six years ago, the B.C.-based burger chain has added five more outlets in Hong Kong, along with one in Thailand and two in South Korea. Not bad for a burger joint that traces its roots back 81 years to a quaint log cabin drive-in that served ice cream and hot dogs in Vancouver.

"When my boss said go east young man, he didn't think it would be the Far East," recalls Warren Erhart, president of Triple O's owner, White Spot Restaurants. "We had thought [to]grow the brand domestically: go to Alberta, then Ontario."

Just a few years ago, domestic, rather than international, growth must have appeared the prudent approach. After all, White Spot has always taken its time when it comes to building its brand. Its aim wasn't to catch up with such food giants as McDonald's or Pizza Hut. Instead, it was a Vancouver institution, attracting a celebrity clientele from crooner Bing Crosby in its early years to such modern day stars as Michael J. Fox and Michael Buble.

The company, named after a white spot on the log cabin's roof, took 10 years to open its first sit-down restaurant in 1938. It waited until the 1960s to refresh the logo at its 10 locations. In 1968, White Spot founder Nat Bailey sold the chain to General Foods.

It changed hands again in 1982, when B.C. native Peter Toigo snapped up the venerable chain. It became part of his Shato Holdings group of businesses, which is now run by his sons.

White Spot's new owner had growth plans. In the 1990s, it expanded into Alberta. Then in 1997, the company launched a new chain, Triple O's, which let it open smaller, less costly locations that sold its popular burgers. Soon Triple O's, which were mostly franchise-operated outlets, could be found on ferries, gas stations, universities and tourist sites such as Science World in Vancouver.

"We thought we had a unique product," says Mr. Erhart, who has spearheaded that expansion since becoming White Spot's president in 1994. "Fresh burgers, fresh fries, hand-scooped shakes."

But the catalyst for the next stage of expansion, going overseas, wasn't Mr. Erhart and the Triple O's team. Instead that idea came from a foreign suitor, the Suen family from Hong Kong, who were real estate investors in Vancouver. They believed their home could be a good fit for the Canadian chain.

Mr. Erhart, a restaurant industry veteran from Nanaimo who grew up eating at White Spot, wasn't convinced it would be a success. At times, he actually tried to talk them out of the venture.

"At first my concern was for the franchisee, making sure do you really understand the potential risk and reward of doing this," Mr. Erhart says. "It was a bit of a shock at first. Then you get your head around it; this is a huge opportunity."

One has to consider, for example, the large number of people who move between Hong Kong and Vancouver, some of whom have obviously been patrons at Triple O's in Canada. Mr. Erhart says he has heard 300,000 ex-patriots from Western Canada live in Hong Kong.

As well, the company's partner-to-be made a solid impression. The Suen family not only knew and liked the White Spot brand, but also brought its in-depth knowledge of Hong Kong's real estate market to the partnership.

The proof? Today the top revenue-generating outlets in the Triple O's chain are in Hong Kong, led by the location at Pacific Place. White Spot is expected to generate more than $200-million in revenue in the current fiscal year ending in March of 2010. The Triple O's will lead that growth with an estimated 4.5-per-cent increase, while the Canada-only White Spot chain is on track to post a 2.5-per-cent gain.

Further expansion is on the agenda. The company plans to open another four outlets in Asia next year: one in Hong Kong, one in South Korea and two in Taiwan. Canadian ex-patriots could also find themselves in a Triple O's restaurant in Britain one day.

It may seem surprising that Triple O's burgers are a hit in Asia. One would think McDonald's has the burger market cornered, and, well, wouldn't people prefer to eat good Thai or Chinese food?

"They're brand-conscious," Mr. Erhart says. "We've been around for 81 years. They give a lot of credence to organizations or institutions that have been around that many years, that have weathered the cruel test of time."

But John Ries, a professor at the Sauder School of Business in B.C., says Canadians' devotion to their much-beloved brands doesn't always transfer to other countries. "They'll have to succeed based on how good their product is relative to the competition," he says.

White Spot went the franchise route with the Suen family. The company, which receives a royalty fee of 6 per cent of sales, felt it was important to have partners who really understood the market rather than trying to figure everything out by themselves. White Spot has twofull-time employees in Asia whose job is to support the franchise there, protect the brand and scope out other opportunities.

White Spot ships its beef and chicken from Australia for the Hong Kong market. South Korea and Thailand have more protectionist laws, so White Spot buys beef inside those countries. The company ships relish and pickles from Vancouver, and then works with local bakeries in each country. Triple O's basically has the same items on the menu as in Canada, but can make changes. Salmon, for example, isn't popular in Hong Kong so cod is used instead in the fish burgers.

Going forward, he knows that brands shouldn't settle for anything but the best. Sales in South Korea and Thailand are not as strong as those in Hong Kong, which Mr. Erhart attributes in part to less attractive locations. 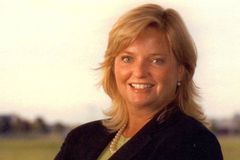 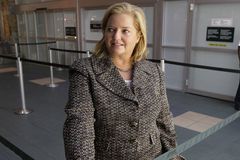 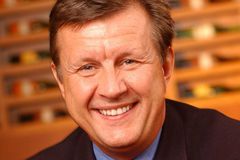