Time-strapped entrepreneurs are on a never-ending quest to discover new tools and approaches that will make them more productive.

It is not that common to come across a tool that delivers a major productivity boost. That's why I was so excited to stumble upon Fantastical, a software program for Mac that uses sophisticated natural language technology to make it much easier and quicker to create new appointments, meetings and entries in calendar programs such as iCal, Outlook and Entourage.

With Fantastical, you simply provide the details of the event, such as the person with whom you're meeting, the time, location and date. Fantastical creates a new appointment in much less time than it would take to do it manually within a calendar application. At $19.99 for a multi-computer licence, Fantastical has been one of my best software purchases.

To learn more about Fantastical and the technology behind it, I reached out to Michael Simmons, the co-founder of Roseville, Calif.-based Flexibits, which makes Fantastical.

Q: How did you start Flexibits, and where did the idea for Fantastical come from?

A: I have been part of the Apple industry for over 12 years. I moved to California in 2000 and worked for some software companies and Apple itself. In May, 2010, we started Flexibits, and shipped Fantastical in May, 2011.

The idea started with my business partner, Kent Sutherland, who was finishing up university. He was working on a natural language engine that learned patterns and sentences. He had talked with me about what would make for a cool app. I said, calendars stink because you have to create events and enter the different fields. It takes 10 to 15 steps before an event is created. Imagine if we could type in natural language all the criteria. Sure enough, he said that could work.

Q: Fantastical has been enthusiastically received and won several awards. Did you think you were onto something this good?

A: It has been incredible. I had an idea of what would work, and, obviously, when we made the app, we thought people would like it, but its success has been beyond our wildest expectations. We won a Mac World Editors Choice Award for 2011, as well as an Apple App Store award as one of the best apps in the entire store.

Q: We live in a world in which consumers expect to use software for free. Are you surprised people are willing to pay for Fantastical?

A: The software world has changed in which people expect stuff for free or free to an upgrade. When we created the app, our goal was to solve the problem with calendars. By becoming more productive, you use your calendar more often, which makes you more productive. We figured the audience was productivity-focused people who wanted to save time and money. We didn't want to make it a free product or something for which you would pay more to get more features. We made a conscious effort that people who wanted to save time would pay for it.

Q: You raised the price of Fantastical shortly after it was launched. How did that go over?

A: When we launched the app in May, 2011, it was only $14.99. After that introduction price, we increased the price to $19.99, which is not that much more. After we increased the price, it was interesting. We got a decent amount of complaints that it was too expensive. People said, 'I would have bought it at $14.99 but now it's too expensive.' It was quite interesting that even a $5 differential brought out price sensitivity in customers. We still feel that $19.99 for a calendar app you should want to use is a very fair price.

Q: So, what's next for Flexibits and Fantastical?

A; Where do we go form here? We have the idea that Flexibits would make software that would make Mac or the iPhone more flexible. We might look at other platforms. Even though we love the Mac and the platform, it doesn't mean we don't want to solve the productivity problem for more computer users. We are working on a major upgrade of Fantastical, which will be released at the end of this month. We're adding localization, as well as the German, French and Italian languages. We will immediately start working on major upgrade to Fantastical later this year, as well as working on a second product. We're not releasing any information about the new product,other than it follow in the footsteps of Fantastical by solving productivity issues in an intuitive, friendly and productive [manner]

Q: How has the company been funded?

A: We are self-funded and doing really well. We have been approached about getting funded and help but right now we are doing so well we won't need it. We will continue on the path of our vision and not about the burden of being funded. 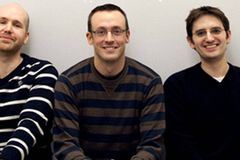 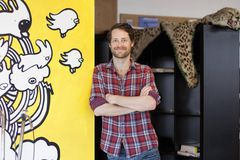 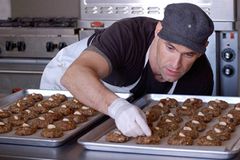 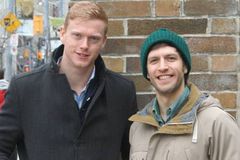