Founded in 1999, the company began life as a stock brokerage as well as licensing its Web-based software to publicly traded companies to help them with their administration of their stock-option, share purchase and other similar plans through a proprietary technology platform called Shareworks, which was developed by Solium's managing director and former chief technology officer, Marcos Lopez.

Solium was struggling until 2003, when it restructured, relinquishing its brokerage part of the business and focusing solely on its technology offering. It then found success with a number of large, locally based energy and resource companies willing to take a chance on a local tech firm's offerings.

That technology helped it to develop a roster of marquee customers, which in turn led to further big clients, keeping revenues solidly growing in Canada.

But in 2005, when the firm set its sights on expansion beyond beyond Canada's borders, with the United States as its first target, it found that market already had many stock-plan administration vendors in place. Replicating its Canadian success was going to be a challenge.

Mr. Lopez, who had earlier founded a Calgary-based software development firm called Bitonic Solutions Inc., first got involved with Solium when its two co-founders turned to Bitonic to develop the technology for their business.

In May, 2001, Solium's original management team took the company public on the TSX Venture Exchange, but just nine months later, Solium found itself running out of cash, with its strategy of trying to grow the business on too many fronts at once.

The new leadership team decided that Solium would focus solely on its business of being a provider of Web-based stock plan administration technology and services, with the goal of becoming a global leader in the space. With that in mind, Solium relinquished its brokerage licence and refocused.

Solium found early success with large energy and resource clients including TransAlta Corp., Encana Corp., and Shell Canada Ltd. "Energy and resource-based companies have complex needs and a global user base, providing us with a robust problem set to solve for," Mr. Lopez says.

By 2004, Solium had become profitable, and continued to experience strong organic growth in Canada by adding more big clients, from Alcan Inc. to The Great-West Life Assurance Co.

Solium then set its eyes on global expansion, targeting the United States. But how could it make inroads in an already crowded niche?

In May, 2005, Mr. Lopez moved to New York to do reconnaissance on the market and set up a U.S. operation. He spent almost two years trying to establish early customers and learning the market.

The turning point came when Mr. Lopez was in his second year. Solium set a path  that would become a key part of its future success: The company realized that its growth could be greatly accelerated by focusing on an acquisition strategy.

First up was Michigan-based Allecon Stock Associations in the summer of 2007, for about $6-million, which brought an immediate base of U.S. customers and additional subject matter experts to Solium.

The company then made a number of other acquisitions, including pieces of business from Australia-based Computershare Ltd. in 2010, which added more U.S. customers as well as technology. It also purchased a unit of from SVB (Silicon Valley Bank) Analytics Inc., in May, 2012, also adding further technology and customers.

And the buying sprees continue. In January of this year, Solium completed two additional acquisitions: Corporate Focus, based in Boston, a leading provider of cloud-based equity administration, accounting and compliance technology for privately held companies, and the technology and intellectual property associated with the private company analysis tool from VC Experts Inc.

The Computershare acquisition doubled the size of Solium, and other ones allowed it to establish a leadership position in the private equity market.

These acquisitions have helped Solium enjoy 12 consecutive years of revenue growth. It has swelled from 30 employees and a few dozen customers in 2004 to more than 325 staff servicing more than 3,000 companies around the world.

In 2011, Solium broke ground in London, England, and, in September, 2012, established its first presence in Sydney, Australia.

Solium now has offices in three Canadian cities, four U.S. locations as well as its new presence in England and Australia. It has been trading on the TSX since 2007.

"While in the early days people questioned our decision to focus one thing and our ambitions to become a world-class provider of stock-option administration, it allowed us to channel our resources and grow a company that now has a global reputation, which is now making it easier for us to continue our global expansion" Mr. Lopez says.

How to turn big national players into customers
January 18, 2013 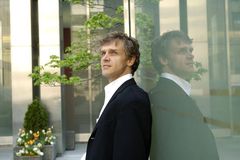 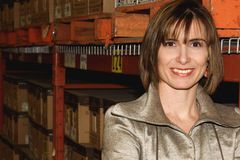 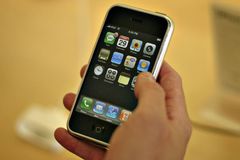 How to leverage a satisfied client, when the client won’t let you name-drop
August 3, 2012
How a small firm scored dozens of Fortune 1000 clients
November 23, 2012 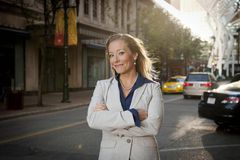