Running a small business you know and taking it to a new country is one thing, but starting up a new business in an emerging industry in an uncharted market is an entirely different game.

Ray Newal is experiencing that kind of adventure with Jigsee Inc., a company that he started in Canada and has taken to India.

It offers technology that allows those in developing countries to stream video on slower networks, with lower bandwidths and using cheaper (read, not smart) phones.

The idea for Jigsee was born when Mr. Newal was doing a report for the Ontario government on mobile innovation. His advice to the government was that Canadian companies should look beyond tested grounds. such as the United States, to tap emerging markets.

"I kind of realized that I should be taking my own advice," Mr. Newal recalls.

Mr. Newal grew up in Toronto and dropped out midway through university when the Internet bug hit him. Pretty much through his own inspiration and learning, he rose to key positions, such as vice-president of content acquisition at Yahoo Inc. He also worked for MSN and other companies in Silicon Valley and Seattle, while always having "one foot in Toronto."

It was a homecoming of a different sort in Mumbai. Mr. Newal's ancestors came to the Caribbean from India about 200 years ago and his parents moved to Canada from Guyana, but Mr. Newal had never really lived or worked in India.

In technology and in execution, the startup is a case study in combining elements that work in Canada and India.

While India is increasingly seen as a technology development centre to serve Western markets, Jigsee's core technologies come out of Ottawa and applications are developed in India for the local market.

The company combines server-based storage technologies with an application that can be downloaded to handsets so that even cheap mobile phones (not smartphones) connected with data speeds as low as 50 kbps can access video streaming. Picture a well-managed traffic system that builds hubs and bypasses to speed up packets of data that turn up as videos.

Mr. Newal, who quit Yahoo in 2007, recalls that he figured over the next three or four years, one billion more people were going to get connected to the Internet. His mission would be to give them what they would otherwise have to wait for until smartphone handsets turned cheaper.

India, which now has more than 850 million wireless phone connections, most of them still not on data plans, seemed the right place.

Jigsee showed its prototype app to Indian digital service providers who were impressed. It forged a partnership with Mumbai-based Hungama Digital Media Entertainment Pvt. Ltd., which offers a key platform for mobile content in India, in 2009.

After six months, Mr. Newal realized that his approach to gaining revenue had to be less dependent on telecom service providers, which was Hungama's model.

It was then that Jigsee turned from an exploratory adventure into a real company. Back in Canada, Mr. Newal raised money. He moved to India in July, 2010, and Jigsee Digital Media Private Ltd, the Indian unit, was created just this past February.

Jigsee plans to make money now through partnerships with broadcasters who can share advertisement revenue from their mobile videos or through a credit system that consumers could use to view videos. It already has about 100 partners that provide content.

The startup has received funding from Sequoia Capital and the Indian Angels Network, a loose team of high net-worth individuals who fund early-stage companies.

There is now a 20-strong Indian team, complemented by five in Ottawa. Mr. Newal says he used LinkedIn to draw in Indian engineers who have a "passion for video for the common man." The team also uses Skype calls -- an hour everyday keeping Mumbai and Ottawa in touch.

"Both teams will grow. We are doing a Series B [funding]now," Mr. Newal says.

"We have found the trajectory. Now we have to scale it." 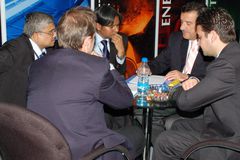 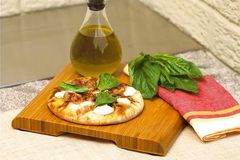 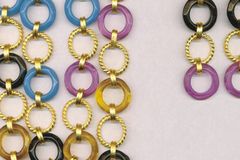 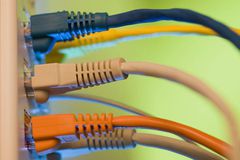 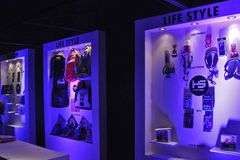