Nearly nine years ago, Colleen and Raideep Lal decided to give up their high-stress careers at a family label-making business in Toronto to search for a more tranquil place to call home – somewhere surrounded by nature, with year-round warmth and far away from big-city pressures.

After much research and travel, the couple settled on Panama and paid $200,000 for an abandoned 65-acre coffee farm in the interior mountain town of Boquete, where they built a home to begin a more leisurely lifestyle.

But the Lals' plan for a personal oasis has morphed into a much bigger business plan: They have invested more than $20-million so far to develop the first phase of an 850-acre resort community to be filled by the end of 2013 with luxury homes, a hotel and an 18-hole championship level golf course that their company, Gladstone Development, has named Cielo Paraiso (Cloud Paradise).

"We didn't buy the coffee farm with the intention of doing this development … but we liked to work," Ms. Lal says.

Just as important, the Lals noticed that the area was becoming an increasingly popular tourism destination, and watched a growing number of expatriates snap up properties for the same attractions that had lured them. They realized there was a lucrative development opportunity to pursue.

The project had a setback after Mr. Lal died of a massive heart attack last June. But his wife is continuing to pursue the development along with her brother-in-law, Sandeep Lal, president of Metro Label Group Inc. who is also an investor in the project and spends one week a month in Panama.

The Lals appear to have caught a wave. They are capitalizing on a growing movement by the western world's aging population to turn away from more typical retirement locales such as Florida and Arizona in favour of more exotic, and less expensive, destinations such as Panama.

At the same time, the area is also of appeal to those seeking second homes. With high-speed Internet available even deep in the Panamanian interior, working professionals are moving to the temperate, peaceful mountain town in large numbers. According to The Magazine, Boquete is home to an ex-pat community of several thousand people, many Canadians among them.

"[Panama]is a great place to do business," says Stephen Bagnarol, vice-president and general manager of The Bank of Nova Scotia in Panama.

The country is safe and politically and economically stable. And it's expected to boast Latin America's strongest economy over the next five years as a result of the Panama Canal expansion and a first-ever subway system in Panama City among several projects underway, Mr. Bagnarol says.

The country also has first-world water treatment plants and hospitals, albeit private, and is the only Latin America country with fibre-optic cables, he says. It also has the largest concentration of banks in the world, after Switzerland, he adds.

Further encouraging foreigners to relocate and retire to Panama are laws that give owners from abroad of real estate in the country the same rights as any Panamanian citizen. Landowners are not charged property tax for up to 20 years and seniors qualify for discounts as high as 50 per cent on everything from entertainment to public transit and eating out, Mr. Bagnarol notes.

From the family compound in Boquete, the Lals are overseeing a team of local and international engineers, agronomists, environmental consultants and others. While the Lals have no development background, their experienced team takes up this slack, Ms. Lal says.

Mr. Lal says they've managed to find most of the experts they've needed in Panama City, but the project has faced some challenges from the slower pace in the country.

"Some professionals want to charge a North American fee, but they want to work at a Latin American pace," he says.

On the other hand, red tape and bribery have not been an issue and the Panamanians have been eager to make it easy for internationals to do business, Ms. Lal notes.

It probably helps that the Lals integrated themselves into the community by joining neighbourhood organizations and committees. They have also cultivated strong relationships with government in the Boquete area and with senior federal government officials.

Doing business in Panama is not without challenges. It was rated Latin America's second-most competitive economy by the World Economic Forum's Global Competitiveness Report 2010–11.

Yet, Prof. Niels Billou, an expert in entrepreneurship and emerging markets at the University of Western Ontario's Richard Ivey School of Business, warns that there are risks in Panama that should be considered by prospective investors.

The country has a high literacy rate but also an extremely high unemployment rate – a combination that could lead to unrest, he says. At the same time, Transparency International, a global coalition against corruption, scores Panama a 3.6 out of 10 on its 2010 Corruption Perceptions Index. A zero is considered highly corrupt. By contrast, Canada rates an 8.9 out of 10. "You'd have to think, does the type of business I'm in have enough margins for that," he says.

To deal with the intricacies of running a project in a developing country, even the most experienced developers need a team of locals onsite to deal with unforeseen roadblocks, he adds, and finding those people in an emerging market can prove challenging.

But the Lals have learned how to take it in stride. "If you are approached or if somebody asks for a … bribe, then I take it a step higher," Ms. Lal says. "I have never paid a bribe because, if you open that door, it will never close."

It sometimes takes a long time and onerous discussions with low-level bureaucrats to get approvals, but they do come, she adds.

So far, 34 properties have been sold, 11 homes have been built, and 12 more are under construction. Building of the remaining homes has been put on hold by owners reticent to spend since the recession. Nonetheless, the golf course is completed and scheduled to open in the next couple of weeks and the hotel is still planned – all on reclaimed pastureland. This means that no forests were clear-cut for the development.

About 30 per cent of the home buyers at Cielo Paraiso are Canadians; the rest come from the United States, Europe and Panama.

Villas have been selling for as low as $150,000 and even lower-priced homes in a duplex village are for sale.

The development is marketed mostly by convincing media outlets to write about it. For example, La Prensa de Panama, the country's national newspaper, has visited the development several times, and Cielo Paraiso is scheduled to be featured in three articles in Air Panama's in-flight magazine.

The Lals have started to expand their marketing efforts to trade shows. They have also enlisted a public relations agency in Los Angeles.

Demand for Boquete properties may grow with plans to transform the local airport, a 40-minute drive away, into an international one, Mr. Lal notes.

Ms. Lal says she is enjoying both her personal, and now professional, life in Panama.

"In Boquete, there are rivers and forests and everything close by, and that is what we are trying to promote here," she says. 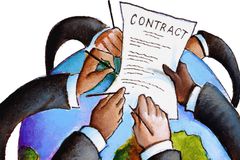 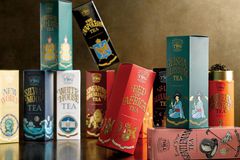 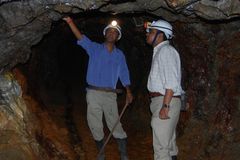 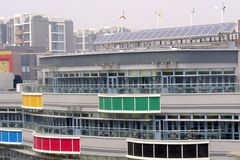 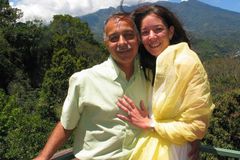