Adam Wei says Qingdao, a city of about eight million people in eastern China, feels just like Vancouver. In the summer the beach beckons, and in the winter it can get cold.

Mr. Wei moved there from Vancouver in 2001, to manage an environmental program funded by the Canadian government, taking on tasks such as promoting energy-efficient buildings. Today he serves as a senior associate in China at the International Centre for Sustainable Cities, a Canadian non-profit think-tank. And as an entrepreneur, he's betting on the mainland's greener future, running ConSolar Engineering and Technologies, a 15-employee company he started in 2005.

Qingdao-based ConSolar supplies Canadian-developed and Canadian-made environmentally friendly technologies, including SolarWall, a proprietary building heating system that relies on solar energy. Its use can lead to energy savings of up to 50 per cent. "This is a good technology, not that expensive, and suitable for the north part of China, especially since heating prices are going up," Mr. Wei says.

The mainland's economic growth and rapid urbanization has created more demand for coal, he says, raising the costs of heating a building by up to 20 per cent every two or three years. Concerned about high energy prices and a natural resources crunch, Beijing has encouraged the use of energy efficient building products.

Mr. Wei arranged for SolarWall to be used during the 2008 Beijing Olympic Games. "The national government wants to promote green buildings. SolarWall was installed in the Olympic village. It was very high-profile, featured on the front pages of Chinese and international newspapers. This gave us good exposure."

Mr. Wei, who is in his 30s, was born in Shanghai, educated in the United States and Canada, where he became a citizen. He returns to Vancouver every few months, but it is developments in China that get him excited. "The trend of going green is inevitable in China," he says.

An advanced degree in microbiology from the University of Buffalo got him into green technologies, and his MBA from York University, which he earned in 2001, encouraged him to convince more people to embrace efficiency.

Mr. Wei has fine-tuned his strategy for the Chinese market. "In Canada, it's the architect or the engineer who makes recommendations on what kind of products to use. In China, most decision makers on this are the owners or developers. You need not only the tech people to understand your product, you need to make it to the highest level (of a project) to get approval."

He has also learned to improvise. Aside from the construction industry, Mr. Wei sees a demand for SolarWall coming from the agriculture sector. He has been positioning it for use in helping dry grain, fruits, vegetables and traditional Chinese medicinal herbs.

Bucking the pattern of many other industries, ConSolar continues to import SolarWall from Canada – the main manufacturing plant is outside of Toronto. There are no plans to produce them in China. Though the country's factory wages are much lower, labour is a small cost component.

Mr. Wei says SolarWall's prices are comparable to those of decorative and industrial exterior walls. And for owners and developers, knowing the goods come from North America, where product standards are perceived to be much higher than in China, is a strong selling point. 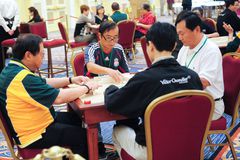 Art consultant brings his vision to the world
July 29, 2010 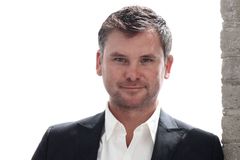 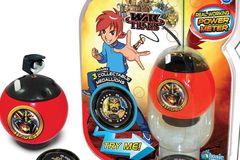