Strategic investment is a term usually reserved for much larger corporations, but the concept can also apply to smaller firms.

Take Acrodex Inc., for example, an information technology company based in Edmonton; it has had a quiet presence in India for several years now, but more as an investor-partner than as a hands-on activist company. But on this distinction hangs an important lesson on how small to medium-sized companies can get access to resources or big markets through strategic investments.

Founded in 1984, Acrodex was formerly known as CompCanada Atlas. It has more than 500 employees and revenues in excess of $100-million. Its parent group acquired a majority stake in a Bangalore-based company called EISS, through its investment arm, which later changed its name to Axcend Automation and Software Solutions Pvt Ltd.

"I met with [Acrodex]then purely to explain automation. But we struck up a relationship," said Uma Balakrishnan, Axcend's chief executive officer. "The expectation then was to do back office work and then go for business acquisition," she observed, but added that both firms work like independent partners, with a focus on industrial automation services.

Like Acrodex, Axcend is an IT company, but the companies' differences are significant. Acrodex specializes in broader IT services; developing, maintaining or customizing software applications or providing outsourced services for corporate customers. Axcend, on the other hand, is a specialist that marries advanced industrial techniques with software services to provide 'industrial automation' as an IT service line.

Ms. Balakrishnan said her firm, once a boutique, has doubled its revenue every year over the past decade with the exception of one year to take it to about $2-million. What this affiliate offers the Canadian group, is a three-pronged advantage: an investment into a growth company, a foothold into the world's second fastest growing economy and a set of skilled engineers that are not easy to accumulate with skills complementing its own.

Software is a complex industry. Its technical workers can range from the barely-out-of-high school code writers or application users to high-end computer scientists. Axcend typically employs Bachelors of Technology graduates with software skills. The company currently has about 130 on the payroll.

Axcend also has sales offices in cities such as Mumbai and Pune and big-ticket customers including Honeywell, Yokogawa and Schneider.

Ms. Balakrishnan is happy that Acrodex's board members on Axcend give her flexibility, but wishes she could break into Western markets with help from the parent company.

"We want to reach out and grow. And as for their presence here, I have the highest regard. They are very pleasant people (to work with)," she said.

For all practical purposes, Acrodex and Axcend are functioning like independent companies, though both have coordination through board meetings every quarter.

But Acrodex chairman Barkat Chatur's gentle style could set the ground for big potential. Given the 8 per cent-plus GDP growth envisaged over the next decade in India, as well as the industrial needs of the West in a challenging global environment, the two firms stand to gain from the complementarities and relations built over a decade. 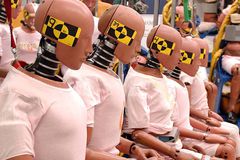 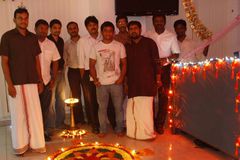 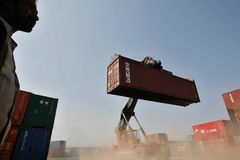 What gave this engineering firm an edge in India
June 3, 2010