As the CEO of the Toronto International Film Festival, Piers Handling gets around. Here the author and Canadian film historian shares his road-warrior survival tips:

How much do you travel?

Professionally, I'm packing my bags once a month and sometimes on the road for two or three weeks. I'm a big traveller in my personal life as well, and I love to take my holidays overseas.

How do you pack?

It depends. I can do very quick trips where I just travel with hand luggage because I don't want to lose my baggage. Whereas if I go to a festival like Cannes, I have to take black tie and dressier clothes as well as relaxed clothes. I absolutely know now, because I'm such a world traveller, what I'm going to take for certain trips and what I'm going to leave behind, so I have a checklist in my head.

What do you do on the plane?

I'm a big reader. I very rarely watch films on flights because it's not the optimum screening experience for me. I don't like the small screen with the captain's announcements interrupting. I always take a book or a magazine.

Do you have a favourite airline?

I fly Air Canada everywhere. It's great to be at an international destination and see the logo on a plane. You feel you're almost home in a funny way. Domestically, Porter Air has come into my life for the short-haul flights. I really like the convenience of Porter because of where the airport is.

Do you have a favourite airport?

My favourite airport is probably Zurich – so compact, so lovely and modern just the way they've designed it and laid it out. There's a lot of light and space but it doesn't feel like a traditional big, big airport. It's not as anonymous as many others. And I've got a big soft spot for Heathrow because I love London. Going into Heathrow was glamorous to me as a kid and it continues to be that .

What survival tips do you have for flights?

I don't really drink too much alcohol on flights, especially long flights, because I think that slows you down and makes it hard for your body to adjust. I'm a big physical fitness aficionado and I really do try to take care of my body. I do eat the airline food, absolutely, because it's difficult to pack your own lunches all the time, but I'll often take a chocolate bar in case I get snacky or hungry.

I find most people are not intrusive. I've got my book but if someone is chatty, I can be up for that, too. I never really try and shut down a conversation. You may talk for half an hour or so and then you both retire into your private spaces. I've never had anyone really so offensive that I wanted to move.

What was your worse nightmare flight?

One was coming back from the Berlin Film Festival. Berlin is always in February, and it took a full 24 to 28 hours to get back on a flight that was meant to be about eight to 10 hours. There was snow so we took off late. We went into Paris and Paris was shut down for hours; Toronto was semi-shut down so we had to move on to Halifax and from Halifax back to Toronto. When I finally arrived, I got the craziest taxi driver in the world. It was 3 a.m. and he was playing this music that he cranked up to top volume. All you want to do at that stage is get home to peace and quiet.

Do you have any techniques to calm yourself and keep your perspective?

I climb. I was a serious climber at one point in time and still climb a little bit. You get very philosophical about things you cannot control. When you're in the mountains, sometimes you can be snowed in, high up in a hut or tent for days. Or if it rains, you can't do anything. You've got a book but you've read everything and you just have to sit there and deal with your own thoughts. In a funny way, in today's media-saturated world where you always have something to distract you, it's great to move back a century or two into a space where there are zero distractions and you have to entertain yourself. You become philosophical because there's nothing you can actually do to change anything. You can't get angry – that doesn't work. Of course, you do get angry sometimes and you want to release it, but shouting and screaming at people isn't going to work. I kind of go into a philosophical mode of letting life take on its particular path at this stage for the next couple of hours or days. You're going to get to your goal eventually.

What is travel to you?

Travel is complete magic to me. You leave your home, you go to the airport – it's all very safe and comfortable – and then you're transported so quickly aboard this steel tube to another part of the world. Some places are familiar but others are totally strange. It's just extraordinary to me. You have this arrogance that your culture is the norm and that this is the way that everyone else lives. When you go other places, you realize that it's not. You're very privileged to live where you are, but in actual fact, those other cultures have a lot they can teach you. I think that's a humbling experience and we don't often connect with that. 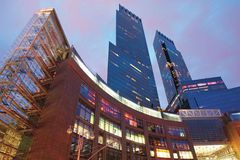 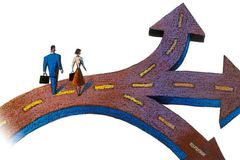