When Target Canada recently decided to shut the doors of its 133 stores around the country, leaving nearly 18,000 people out of work, "what went wrong?" was the question people were asking themselves.

As a serial entrepreneur and former Target Canada Team Leader, the writing was on the wall from the very start. Even when we were hiring the 200-plus staff members for Target's Burlington Mall store, I had concerns that the initial buzz would only be able to compensate for mismanagement, poor market research and rapid overspending for so long.

If the second largest retailer in U.S. can make these basic expansion mistakes, startup entrepreneurs, who can't count on a fraction of the resources, would do well to learn from them.

Communication and managerial engagement: For the Team members on the retail side, Target's corporate head office was a distant and disinterested overseer. There were few channels to raise and discuss the problems that we encountered. The issues themselves often went unresolved, and, as a result, both employee and consumer satisfaction suffered.

Startups may not face the same logistical challenges as companies the size of Target, but the consequences of poor communication between different roles are amplified. Because employees need to be more independent and take on more responsibility, a lack of transparency or inability to effectively problem solve can have outsized impact on the entire company culture and performance.

Lack of adaptability: Target always taught its team members to be "Resilient and Adaptable", but it seemed to me that higher management did not take the same advice. In Canada, the reputation Target brought with it soon crumbled in the face of empty shelves, high prices, and a limited, redundant selection.

Again, sheer size makes it hard for Target to perceive and react to localized trends – especially when the communication is as poor as it was. But that only means that, for entrepreneurs, agility takes on an even higher premium. Target won't go under if a few of its locations are subpar, but most startups are competing for niche markets. The failure to constantly interact with customers–through social media and the like–and monitor performance – through analytics and other feedback mechanisms – is a death sentence for any company operating on a startup level.

"Too much too fast." The extremely high burn rate: Target invested nearly $2-billion into its initial Canadian expansion, building new stores and taking over leases for Zellers locations across the country. Brian Cornell, Target's chairman and CEO, has since admitted that the company got burned in part for "taking on too much too fast."

Startups can't afford to make the same blunders. Quick growth, is important, so stinginess certainly isn't the answer. But, whether it's hiring or marketing buys, cash-strapped entrepreneurs need to balance that otherwise positive sense of urgency with thorough cost-benefit analyses and a measured long-term perspective. Many startups, for example, get around their budget challenges by giving away equity. But playing fast and loose with ownership shares can be just as disastrous, down the road, as throwing good money at half-baked initiatives that, ultimately, can't be justified.

Aiming for growth, forgetting to scale: By jumping aggressively into the Canadian market, Target apparently ignored the lessons it could have learned from its biggest competitor, Walmart. While Walmart beat Target across the border by some seven years, its expansion was incremental and conservative, leading to much lower levels of overreach. Even with Target's recent exit, and perhaps because of it, Walmart is reportedly expanding slower than in previous years.

Target can recover quickly enough from taking on unjustifiable new costs and payroll, but scalability is the ceiling for any startup. Rapid growth at the onset will not save a company from the inevitable collapse that comes when it reaches the limits of its ability to scale whatever market solution it offers. The first thing entrepreneurs need to ask themselves before taking their businesses in new directions isn't whether this product or service will sell, but whether the company can accommodate the corresponding costs once it does.

Muneeb Mushtaq, CEO & co-founder of AskforTask.com, Canada's largest task based marketplace has been able to save its community in excess of $100M with more than 200,000 active users in just one year of operations. His previous ground-level experience with Target Canada helps him explain its shortcoming and how the lessons could be helpful for young startups.

Should Target stores be converted into co-working spaces for startups?
February 5, 2015
Trying to raise money for your startup? Don’t be afraid of cold calling
April 21, 2015 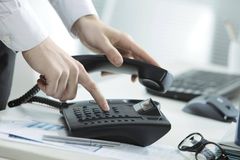 Hangry app lets you pre-order and pay for takeout
April 21, 2015 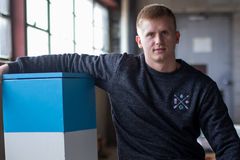