It is Monday afternoon in San Francisco and a Chinese engineer at the front of the room is pitching to several dozen tech investors on his latest invention: a flying robot.

The Hex "Air Robot" is a six-rotor drone with its own autopilot system, a 2 kilometre range and a self-balancing camera mount. When wirelessly tethered to a smartphone or tablet, it can be put in "follow me around" mode – "like a cute flying puppy", its creator says. The Hex team sees a "big opportunity" when the U.S. Federal Aviation Authority opens the skies to autonomous unmanned vehicles in 2015.

Hex is one of 10 gadget startups to have completed a Haxlr8r hardware accelerator program in Shenzhen, China. Others included Spark, a cloud platform for internet-enabled devices, and Helios, a set of GPS and LED-equipped bike handlebars that are controlled from a smartphone to change the colour or strength of the lights and indicate which way to turn.

The ideas are somewhat futuristic, but the demonstrations are remarkably polished considering many barely existed just three months before.

"Several will ultimately fail, several will succeed, some will change the face of humanity," says Sean O'Sullivan, managing director of SOSventures and co-founder of Haxlr8r, despite their "tiny budgets, small salaries and fighting against all odds".

Haxlr8r is one of several hardware incubators and accelerators to emerge in the past couple of years. Many are in San Francisco and its neighbouring Silicon Valley, but others are in Boston, Berlin and beyond. They provide training, mentoring and access to contacts. They nurture a startup towards launch – or test the idea quickly so that if it fails, it fails fast.

"The internet revolution radically reduced the cost for companies to solve software-based problems, opening huge new markets and opportunities," says Jeremy Conrad, co-founder of San Francisco's Lemnos Labs, one of the first hardware incubators. "The hardware revolution now under way radically reduces the cost for companies to solve hardware-centric problems." He claims that venture capital firms rely on hardware incubators to take start-ups under their wing and guide them through the countless challenges and opportunities associated with the transition from duct-tape prototype to mass production.

Such challenges are evidenced by the experience of the Pebble smartwatch, which shipped to its crowdfunding backers more than seven months late as it grappled with production issues and the challenge of delivering to many more customers than it originally anticipated.

One of the newer incubators is Highway1, an offshoot of PCH International. Customers of PCH's supply-chain management services include Apple. Liam Casey, PCH founder, says he plans to offer the same "end to end" service to start-ups as to its bigger clients, guiding them on issues from design and engineering, through manufacturing and logistics to retail. "There are so many moving parts in hardware. You have to make sure you get them all right," he says.

Low-cost prototyping equipment, such as 3D printers and Arduino microcontrollers that allow you to manipulate a range of hardware, have made it easier to test ideas. Fostered by such innovations, the "maker movement" – a subculture of hobbyists applying the DIY approach to technologies – has been likened by many to the Homebrew Computer Club, which spawned Apple in the 1970s.

"There is a need now for these accelerators that there wasn't before," says Sarah Rotman Epps, emerging-technology analyst at Forrester Research. "Even five years ago you couldn't accomplish what you can today with the cloud and mobile infrastructure that's in place."

Many entrepreneurs in Silicon Valley now involved in hardware started out in software or the web, Ms. Epps says. "Their skillset is really in software or user experience. Hardware has become so commodified that anyone can do it. There are known solutions to common problems that accelerators can share with startups." However, she warns that being part of such programs risks overhyping startups too early, as happened with the Pebble, developed under the Y Combinator accelerator, which is software– and internet-focused.

Many bigger tech companies, which are struggling to innovate or build the same kind of buzz for products that a startup might receive, are interested in the ideas and companies that come out of accelerators. These can act as an "R&D pipe" for big tech companies, says Mr Casey. He points to the makers who excite him most as those behind wearable technology and "app-cessories", devices that get their smarts from a connected smartphone.

But designing a product for mass manufacturing, and getting it through the production process and into stores, is where many hardware startups stumble. Incubators can help manage and mitigate those risks, thanks to their familiarity with suppliers and distribution networks. Most have strong links with China's electronics Mecca, Shenzhen.

PCH has put startups such as the Lark sleep-monitoring device and the MetaWatch smartwatch through its accelerator, and is now recruiting for its first incubator batch for long-term nurturing, who will also receive up to $20,000 in seed funding in exchange for a 3 to 6 per cent equity stake.

"Someone can be in Cork, London, Palo Alto or Shenzhen, and have the same reach and impact," says Mr. Casey, who carries three iPhones – for Ireland, the US and China.

But Mr. Conrad believes relying on offshore expertise can be risky. "Until recently...it was supposed to be cheaper and more efficient to go straight [to China]. Startups are now learning that while some aspects of a manufacturing ramp in China are positive, there are other factors that weigh into the decision. Growing a startup when a big chunk of your team is thousands of miles away is hard."

Mr. O'Sullivan laments that the U.S. and Europe have "lost some of our ingenuity in hardware engineering . . . [and] we have less ability to train the next generation of inventors". That is changing with the emergence of the maker movement but the incubators hope that more people will turn tinkering from a hobby into a profession.

"One of the great tragedies we see is that engineers think there is a choice between being an engineer and being an entrepreneur," says Mr. Conrad. "We strive to show you can stay in your chosen field and start a successful company." 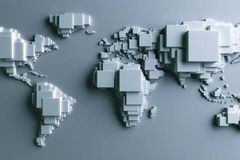 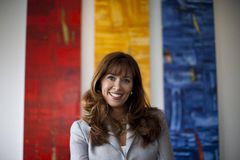 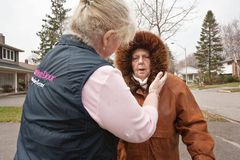