Frank Yeung wanted out of Goldman Sachs when he realized that traders a few years older than he were kept captive by what he calls "golden handcuffs." And when he looked at their boring lunches, he knew he'd found his escape route.

"The guys six or seven years ahead of me had big houses and big holidays and their kids went to private schools, and they were completely trapped," says Mr. Yeung, 25, who spent two years as an equities trader at Goldman Sachs in London after graduating with a master's degree in math and physics from Oxford University. "None of them were happy. I knew it wasn't for me."

When Mr. Yeung finally saw an exit hatch, it was shaped like a burrito. On a business trip to New York, he noticed that the Mexican wrap was a hugely popular lunch food – cheap, filling and portable. Yet no one was selling them to the business crowd in London, where the sandwich holds a lunchtime hegemony.

Mr. Yeung and his business partner Nick Troen are part of a small but vocal minority of young financial-sector workers in London who have decided that the culture of champagne and bonuses doesn't compensate for stressful hours, lack of control over their careers and recession-era job uncertainty.

According to the Centre for Economics and Business Research, an independent consulting firm, the financial crisis cost London 49,000 finance jobs in 2008 and 2009. With firms now starting to hire again, the CEBR said in its April outlook that it expects 22,000 jobs will be added over the next two years.

For a year, Mr. Yeung saved and "didn't go out at all on weekends." He visited every Mexican restaurant he could find, researched supply chains to find organic produce and free-range meat, and tried to ignore the doubts of friends who told him he was crazy to leave a high-flying job in the middle of the credit crunch.

By September of last year, with an investment of £200,000 ($305,000), Mr. Yeung and Mr. Troen opened their first burrito stand, Poncho No. 8, in London's fashionable Spitalfields market, which serves the City, as the financial district is called. (Some of his former colleagues, breaking free of the sandwich trap, are now customers.) Shareholders received a 160-per-cent return on investment in the first six months, Mr. Yeung says. A second burrito stand is about to open and finances are in place for a third.

"Now I can't wait to get to work in the morning," he says. "I'm not just pushing pieces of paper around."

There are enough people like Mr. Yeung itching to slip their golden handcuffs that a new website has sprung up to help them, called Escape the City. It was started three months ago by a pair of friends, Rob Symington and Dom Jackman, who bonded over their dissatisfaction with their jobs as Ernst & Young management consultants. When they decided to change careers, they looked for a website to provide advice and help them make contact with other like-minded professionals – except there wasn't one. So they started their own.

A life in the City – with its fabled bonuses and tickets to Wimbledon and Ascot – initially seems dazzling but the glamour can wear off quickly, Mr. Symington says, leaving young professionals wondering what they'll do with the rest of their lives.

"There's a lack of fulfilment out there," says Mr. Symington, 26, "There's a feeling of helplessness and being stuck, especially among people in the first decade of their careers."

Escape the City now has 13,000 members, almost half of them from financial services or management consultancy, who are looking to change career paths. (The greatest number of hits on the website have come from the London offices of PricewaterhouseCoopers, Deloitte & Touche and Deutsche Bank.) The success stories include people who have left lucrative jobs at banks, hedge funds and accountancy firms to become wildlife photographers, clothing designers and, in one memorable case, a maker of gluten-free cupcakes.

"I'd always wanted to work in the stock market," says Sarah Hilleary, who was a fund manager with Merrill Lynch in London for two years after finishing her business degree in Australia. "But it was a lot more stressful than I thought." Ms. Hilleary, 27, left her job two weeks before her company merged with Bank of America in September, 2008, just as the credit crisis began.

"There had already been one round of redundancies, and there was a weird atmosphere like, 'Who's going to be next?'" She had noticed, while managing her clients' portfolios, that the most successful had run their own companies. Equally important, while working in the City she was diagnosed with a gluten intolerance.

She was having trouble finding gluten-free products and, like Mr. Yeung, recognized a business opportunity – except this one was shaped like a wheat-free pastry. Ms. Hilleary's baking business, b-tempted, now supplies Whole Food shops around London and is expanding to capitalize on what she calls "a massive, growing market."

Ms. Hilleary admits that the transition has been "a lot tougher than I expected, not because of sales, but from an operations perspective." She has only one employee, a chef, so she has to handle all other aspects of the business, from dealing with suppliers to arranging deliveries.

As a result, she's working longer hours than she was at Merrill Lynch, but the payoff comes from knowing that the rewards are entirely her own. "I'm happier and much more fulfilled now. There are days I think, 'Why am I doing this?' But then I remember that I get to be my own boss." 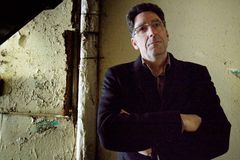