Israel's technology scene has become the envy of just about every country on the planet. The small nation has cultivated a dense population of adept programmers and dealmakers whose inventions are attracting piles of cash from overseas. One byproduct of that success is rising wages. Like their counterparts in Silicon Valley, engineers in Tel Aviv are fiercely courted, which forces companies to chase a small, elite group commanding higher salaries, stock, and other perks.

Fortunately for corporate recruiters, Israel has a pool of affordable talent just a few miles away. Programmers in the Palestinian territory of the West Bank can go for less than half the price of an Israeli engineer. The only thing separating them is a border patrolled by Israeli soldiers. That hasn't stopped the Israeli arms of Microsoft, Cisco Systems, and Intel, as well as some local startups, from hiring Palestinian workers.

Business is good for outsourcing companies in Ramallah, a Palestinian city that draws programmers from across the region to its tech hub. Mellanox Technologies, a networking equipment maker, has boosted its outsourcing to Ramallah by 60 per cent during the past six months. The company, which has dual headquarters in Yokneam, Israel, and Sunnyvale, Calif., began working with Palestinians five years ago, partly because of the cost savings, according to Eyal Waldman, Mellanox's chief executive officer.

Outsourcing to the West Bank can be a sound financial decision for Israeli tech companies. But as the two peoples seem incapable of reaching a political agreement, it is a plan that can cause problems in an atmosphere where some Israeli goods are boycotted and the Palestinian Authority is considering war crimes prosecution at the International Criminal Court. In return, Israel has been withholding tax revenue it collects on behalf of the Palestinian Authority, deepening the Palestinian budget crisis.

Besides the benefit of cheaper labor, Waldman says there's another reason the company started the program – over the initial concerns of a few workers – and continues to expand it. He hopes to forge ties between two divided and polarized populations. "We need to find a way to make peace between both peoples," he says. "If you get the people closer, it will be easier to make peace." Waldman hasn't had much luck persuading others to try the approach. Though he gets asked about it often, concerns about the workers' skill sets and the politics of hiring them get in the way, he says.

Despite the proximity, collaboration isn't easy. In-person meetings are infrequent because military checkpoints make travel between the West Bank and Israel painfully slow and, at times, dangerous. Instead, engineers typically collaborate using online tools, such as Cisco WebEx, Microsoft's Skype, or Google Hangouts. Some Palestinians prefer to keep their work with Israeli companies quiet as it's considered taboo by many in the West Bank, in light of the political backdrop, says Mohamed Hawash, a political analyst who teaches at Birzeit University near Ramallah.

The jobs can also elicit feelings of resentment from Palestinians who know they're being paid dramatically less than peers in Israel and other countries. Even so, tech is one of the few bright spots in the Palestinian economy. Growth in the West Bank's gross domestic product slowed to 2.7 per cent in the third quarter of last year, from 9 per cent during the same period in 2013, according to figures from the Palestinian Central Bureau of Statistics, and unemployment in the region is 18 per cent. Government employees, representing more than one-10th of the labor force, have been receiving only 60 per cent of their salaries since January due to the tax revenue shortfall. Exports, including tech, are increasing, but they're still dwarfed by imports, which are three times as high.

"Palestinians are working in several sectors of the Israeli economy," says Hawash. "Workers move through checkpoints routinely and don't hide that. Some of them even are proud that they are working in Israel."

In a small way, business is helping to narrow the nationalistic divide between longtime enemies. Cross-border collaboration makes financial sense for both groups, and despite the geopolitical instability, Israel is probably the most logical customer for Palestinian outsourcing. For one, they're neighbors.

"We'd love to see more interest in Palestine, though you can imagine this is not an easy task because of our image," says Tareq Maayah, CEO of a Palestinian outsourcing company called Exalt Technologies. "Palestine is not on the map in providing software services."

Exalt employs 85 workers, mostly graduates of Palestinian universities such as Birzeit. All of its work is for export – Exalt has no domestic clients. Most of its customers are Israeli startups or multinationals operating in the country, such as Cisco. Maayah aims to double or triple Exalt's workforce in the next several years, and he's banking on further development in Israeli tech to drive his business.

Another outsourcing company in Ramallah, called ASAL Technologies, does work for Microsoft, Cisco, and Intel, according to the company's website. ASAL, which declined to comment, also works with Israeli firms, including Porticor, which provides cloud security services, and LivePerson, which makes chat software for customer-service representatives.

LivePerson, which has been working with ASAL for four years, has five engineers in Ramallah contributing to research and development efforts for LivePerson Labs. The relationship, including the workers' monthly visits to LivePerson's office in Raanana, Israel, is changing the way many of the 450 Israelis there view Palestinians, according to Chief Technology Officer Eran Vanounou. After a terrorist attack last year near Labs chief Matan Barak's house in Tel Aviv, his counterpart at ASAL in the West Bank reached out quickly to check in on him and his family.

"This is a real way to integrate us – not the politicians," says Barak. "It's working together and sharing experiences." 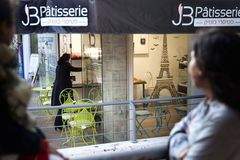 The next big IPO out of Israel is just a few clicks away
February 4, 2015 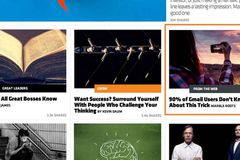