Last October, the Angolan government selected Ottawa-based Cowater International Inc. to develop a national strategy for investment in water supply and sanitation for its rural areas. Funded by the African Development Bank, the Canadian management consulting firm is preparing feasibility studies on how the water projects can be implemented over the next five years.

The two rural water supply contracts are just the latest wins in Africa for Cowater, which began life as a three-person firm 26 years ago, working in Ghana, and has now done projects in 20 African countries.

"Africa accounted for 50 per cent of our revenues in 2011, and, some years, has been as high as 70 per cent," says president and chief executive officer Dave Baron, whose company has nearly 40 full-time employees and up to 400 contract employees and consultants working around the world.

"There are a lot of risks to doing business in Africa, but if you understand how to manage them, it can be very rewarding," Mr. Baron says.

These days, Cowater is being joined on the continent by numerous other Canadian companies responding to Africa's economic growth story. Traditionally a magnet for Canadian mining companies eager to extract its minerals, Africa today beckons many smaller businesses that see opportunities to sell a variety of goods and services into its markets.

"Africa is now growing at a rate of 5.5 per cent to 6 per cent annually, versus 1 per cent for the rest of the world," says Lucien Bradet, president of the Canadian Council on Africa, a group that promotes Canadian economic relations with Africa.

"Africa is looking to diversify its supplier base. Are Canadians going to be part of the last frontier needing development?"

Increasingly, the answer is yes. Export Development Canada, the federal agency that provides trade finance and creditor insurance, worked with some 400 Canadian companies in Africa last year, and 80 per cent of them were small- or medium-sized businesses, says Diane Beliveau, EDC's regional manager for Africa.

The tempo is bound to quicken, as Africa is home to six of the 10 fastest-growing economies in the world between 2000 and 2010: Angola; Nigeria; Ethiopia; Chad; Mozambique; and Rwanda, according to The Economist and the International Monetary Fund.

According to the latest estimates of the African Development Bank and the Organization for Economic Cooperation and Development ) for 2011, Ghana will have grown by more than 12 per cent and Ethiopia by more than 10 per cent.

The priority markets for EDC are South Africa, Angola, Morocco, Nigeria and Ghana. "We've chosen them because they have a stable business environment and good economic prospects," Ms. Beliveau says.

While Canada's distance from Africa remains the largest impediment to exports, Mr. Bradet notes that air links have improved. The Moroccan, Egyptian and Tunisian airlines now have direct flights from Canada, while Ethiopia and South Africa's carriers soon will, too.

Of course, transportation costs remain a major disadvantage for goods exporters, which is why smaller companies, such as engineering and management consulting firms, software developers and education providers, all less vulnerable to freight costs, are among the Canadian outfits most successful in doing business in Africa.

Upside Software Inc., an Edmonton-based software developer with sales in 180 countries, has found clients in both the private and public sectors In Africa. The continent's growth spurt has increased demand for the company's applications, which efficiently manage procurement contracts and related billing. Upside now has clients in Uganda, Kenya, Tanzania, South Africa and Nigeria.

"The business environment in Africa has become much more accountable and professional," says founder and CEO Ashif Mawji. "It used to be about relationships. 'I know you, therefore you're getting the contract.' There was no validation, no metrics. Now things are much fairer and also faster. A deal that used to take six to eight months to sign now takes only three to five months."

Mr. Mawji, who was born in Kenya, made inroads into Africa by marketing through local partners. He advises aspiring Canadian exporters to do likewise, rather than opening their own sales offices.

"They know the way business is done there," he says. Canadian trade commissioners can provide reliable advice on who to do business with – and who to avoid.

Mr. Bradet, however, complains that the Canadian government isn't doing enough to facilitate trade in Africa. He notes that Canada has just 14 embassies to cover 54 countries. (Brazil, by comparison, has a presence in 32 countries.)

Mr. Baron would like to see Ottawa negotiate tax agreements with more African countries so that Canadian companies that receive payments from African clients can repatriate the funds without being subject to withholding tax. "Otherwise, we have to increase our bid by as much as 25 per cent, and that hurts our competitiveness," he says.

He also says that it's crucial when providing services in Africa to negotiate an air-tight contract with the client. "You want to make sure that you're cash-flow positive at every stage of the project. Every time you hit a milestone, you need to have enough cash to keep going. If something does happen and you have difficulty getting paid, you can stop work without being in the red."

Although the Canadian government has downgraded its attention to Africa relative to Latin America, the Department of Foreign Affairs and International Trade is negotiating a free trade pact with Morocco, which would be its first with an African country. (DFAIT declined to be interviewed for this article.) EDC is planning to open its first office in Africa, likely in Johannesburg.

Corruption and political instability remain challenges to doing business in Africa. "Corruption is all over the place in Africa," Mr. Baron says. "We don't play that game, and because of that, we've lost perhaps 25 per cent of the bids we've submitted to national governments."

Mr. Bradet counters, that while Africa certainly has corruption, "you have to view it in the context of the global economy." On Transparency International's corruption rankings for 2011, countries such as Rwanda, Mauritius, Botswana, Namibia and South Africa all ranked ahead of China in honest commerce and far ahead of Russia.

Several countries have become more stable politically, Ms. Beliveau says. "It's easier now to operate in countries such as Nigeria. Ten years ago, a small business wouldn't have gone there."

With the Internet, she notes, it's also easier for smaller companies to do their own risk analysis before entering a new market. 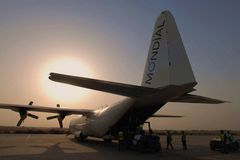 How to seize opportunity in Brazil
December 12, 2011 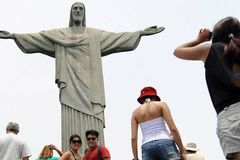 A toolbox for doing business in China
December 5, 2011 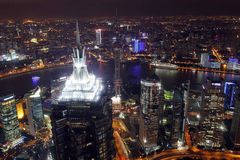