OLED displays have the potential to be much thinner than liquid crystal display (LDC) and plasma screens because they aren't backlit, and the colours are truer and more vibrant. The thinner devices mean foldable or bendable screens are also a possibility.

"Players who were mainly focused on LCD as the display of choice are looking at how they can set up OLED," said Mr. Monsberger.

The market potential could be huge. In 2015, market research firm Markets and Markets put the worldwide value of OLED displays at an estimated $44-billion (U.S.) by 2020, although Monsberger puts that number at around $30-billion. OLED displays can be used for tablets, smartphones, TVs, automobiles and virtual reality.

The deal, announced last month, is a non-exclusive licensing agreement between Ignis and LG Display and will allow the Korean company to use the patented software and hardware technology that Ignis says corrects display issues, such as cloudy spots or burning, and extends the lifespan of the displays. LG Display, a subsidiary of LG Electronics, trades on the New York and Korean stock exchanges.

Ignis's method has been developed over the past 16 years in Waterloo, first at the University of Waterloo and now out of a 12,500-square-foot office and lab in the north end of the city. Ignis owns 350 patents worldwide on the technology.

Samsung dominates the OLED market, supplying smartphone screens to Microsoft, Google and BlackBerry. Apple is also planning to include OLED displays in their upcoming iPhone designs. LG Display only makes up about one per cent of the OLED market.

Samsung has been using OLEDs for their smartphones since 2009, and both Samsung and LG launched OLED TVs in 2013, but the results have been mixed. Higher costs and a shorter lifespan compared to LCD displays have deterred consumers, despite the promise of 55-inch screens that are incredibly light (about eight kilograms) and roughly the width of a pencil.

Carmi Levy, a London, Ont.-based tech analyst, said one of the biggest issues with OLED televisions is they don't last the 50,000 hours consumers expect.

"Up until now, you bought expensive OLED displays with the knowledge that they might not last as long as the units they replaced," he said.

Another concern is consistency problems with the displays. OLEDs work by sending electrical currents through conductive materials that glow red, green and blue.

Since they produce their own light, they're capable of being much thinner than LCD displays, but it can also lead to display irregularities if the material holding the transistors together is damaged – either at the manufacturing stage or from aging. That can lead to cloudy spots, lines or images burned into the screen.

Ignis says it has solved these issues. Through a combination of hardware and software innovations, the company analyzes every pixel in real time and if the light begins to fade or distort, adjustments are made to the power supply to ensure the image remains true.

It's a key innovation in guaranteeing the screens meets the 50,000-hour lifespan, Ignis said.

"Right now we're the only company that can make it work," said Ignis president and chief technology officer Reza Chaji.

This fix, however, is described as a "Band-Aid" solution by Jonathan Melnick, a senior analyst at Lux Research, an independent tech research and advisory firm in Boston, Mass.

"What this does is it senses when a pixel degrades and it drives more current to it, but then when you drive more current to it, it degrades even faster and consumes more power," said Mr. Melnick, who leads the printed, flexible and organic electronics division at Lux.

"I understand why LG is doing it because LG is putting their bets on the TV market where you have to solve a lifetime problem, but we see this as a Band-Aid solution for the problems."

When asked if their method is simply a short-term fix, Chaji laughed.

"I don't think companies go after Band-Aid solutions," he said.

Melnick said the market for OLED displays will be closer to $15 billion by 2020 — half of what Ignis is predicting — given the challenges companies like LG will have breaking into the television market, coupled with continued improvements to LCD technology that will allow it to become thinner and lighter as well.

"It's really going to be a niche technology in the TV market, even with this (Ignis) signing," said Melnick. 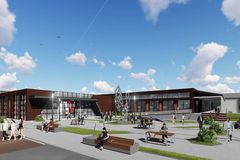 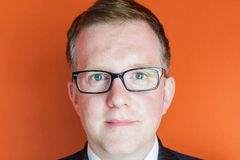