Texas Senator Ted Cruz received a lot of media attention in 2013, with his attempts to defund the Affordable Care Act in the United States, which played a role in a government shutdown and a near debt default. But he also received some attention for being born in Calgary because, according to the U.S. Constitution, only a "natural born citizen" can be president.

Let's put aside the issue of whether someone can be a natural born American when their American mother gave birth to them in Calgary. When the press questioned whether Mr. Cruz was a U.S. or Canadian citizen, he "renounced" his Canadian citizenship in front of media, only to find there was paperwork to be completed in Canada to formalize the process.

Mr. Cruz is back in the news this month, but he's not reciting Dr. Seuss's Green Eggs and Ham, like he did before the shutdown. Instead, he's telling media he hopes to complete the renunciation of his Canadian citizenship soon.

Saba Naqvi is a Vancouver lawyer who practices Canadian and U.S. immigration law at Boughton Law Corp., where I also work. She says renunciation of Canadian citizenship isn't particularly complicated, but it's also not something you can do in front of the TV cameras. You need to make a formal application to Citizenship and Immigration Canada.

She adds that to be eligible to renounce Canadian citizenship you must demonstrate you either hold citizenship elsewhere or that you will become a citizen of another country. This restriction is to avoid an individual from becoming stateless. People who pose a security threat to Canada are also restricted from renouncing their Canadian citizenship to avoid prosecution.

The most common reason for renouncing Canadian citizenship is to become a citizen of a country that does not generally recognize dual citizenship. Examples include Austria, Bahrain, Japan, China, Denmark and Netherlands.

It's uncommon for a Canadian-born citizen living in the United States to apply to renounce Canadian citizenship. Being a U.S. citizen allows for certain additional privileges and benefits, such as the right to vote, the ability to hold certain elected offices and the chance to be eligible for various public benefits. But as Canada and the United States both allow for dual citizenship vis-à-vis each other, the most likely reason to renounce Canadian citizenship in favour of U.S. is personal motivation. For example, an individual may believe loyalty and identity warrants exclusive allegiance.

By the same token, why would an American citizen living in Canada renounce U.S. citizenship?

Many Canadians might not have realized they held U.S. citizenship until the Internal Revenue Service (IRS) engaged in cracking down on U.S. taxpayers' undisclosed offshore back accounts in 2011, affecting many Canadian residents. A lot of Canadians born in the United States may have been unaware of their tax obligations, assuming that once they gained Canadian citizenship, by affirming an oath to the Queen, they automatically relinquished their U.S. citizenship.

Other Canadians who may have been born in the United States and moved to Canada when they were children likely never contemplated a responsibility to file annual returns with the IRS.

While a good portion of these individuals might be thrilled at the prospect of travelling and working freely in Canada and the United States – and knowing their children could attend university or work in the United States with greater ease – others may feel there is little or no reason to hold citizenship in a country where they spend little time and where they have no personal or financial connections.

Ms. Naqvi says the U.S. tax system of reporting based on worldwide income is a highly motivating factor for Americans living in Canada to renounce their U.S. citizenship once they are up to date and compliant with IRS filing requirements. Although many dual citizens can avoid paying double taxation thanks to a treaty between the two countries, there are some instances where U.S. citizens and permanent residents cannot avoid paying large sums. The civil and criminal penalties for failing to file bank account disclosure reports referred to FBAR forms are harsh and too stressful for many.

Last year marked the highest number on record of expatriations of U.S. citizens and green-card holders who gave up their U.S. status. The number increased 33 per cent from the previous high in 2011.

Regardless of circumstance, Ms. Naqvi says the decision to expatriate from a country of nationality is a serious matter requiring highly contemplative thought: You need to think about the future for you and your family, keeping in mind that life can take unexpected turns, leading to regret.

In a world of global mobility for business and enterprise, dual or multiple nationality appears to be an attractive option, and it is for many. But for some, the complexities of the rules and regulations make it daunting, time consuming and costly. 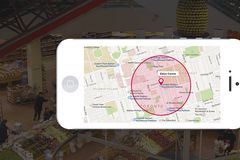 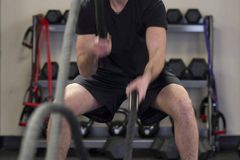 Five ways to grow a successful side business
May 11, 2018 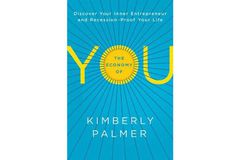 Seven steps for building a successful sales process
May 11, 2018 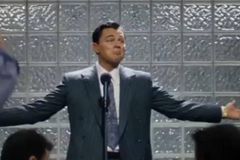