On a cloudless day in Toronto recently, a slogan appeared in the bits of blue sky between office towers. "Live Claritin Clear Today" was written in puffs of white smoke - part of a guerrilla marketing stunt to promote the over-the-counter allergy drug.

When it comes to grand marketing gestures, small businesses may have neither the money to charter a plane nor the brand recognition to skywrite a slogan and have it resonate with customers. Rather, they should stay on the ground and put feet on the street, experts advise.

"One of the oldest tactics in the world is face-to-face selling," says Stephen Denny, marketing consultant and author of Killing Giants: 10 Strategies to Topple the Goliath in your Industry.

The term guerrilla marketing implies a little warfare. A battle of ideas, he says, is an easier fight for small, nimble companies ready to invest more sweat and imagination than advertising dollars.

Ploys such as viral marketing, grassroots campaigns and even more creative ideas like reverse graffiti - created by power-washing slogans onto dirty sidewalks or walls - can all help spread your message in an eye-catching fashion.

But guerrilla marketing can also mean going where the bigger companies wouldn't bother to go.

Mr. Denny recalls Herman Mashaba, founder of the South Africa-based cosmetic company Black Like Me. Mr. Mashaba started up in the late 1980s, cold-selling directly to salon retailers, while global competitors L'Oréal and Shiseido remained faceless. In apartheid South Africa, the brand was risky, even polarizing, Mr. Denny notes. But the product was positioned as a brand for the people, with sponsorships for sports teams and local events.

Black Like Me was ignored by competitors until it was too late. It was "so organic," says Mr. Denny, "it became impossible to dislodge." Today, Black Like Me is one of the leading cosmetic companies in sub-Saharan Africa.

Small companies should think simple before they think big, says Ken Hardy, professor emeritus of marketing at the University of Western Ontario's Richard Ivey School of Business. Market research at larger firms can as laborious as "dancing with elephants," but quick and dirty methods such as street samples and surveys, or observing customers in-store, are just as useful. Add a little reconnaissance by making sure your sales rep keeps tabs on the research of larger competitors.

Matching a competitor's price cuts may not seem like a guerrilla tactic - it may even seem counter-intuitive - but quick response times provide an edge over businesses with a broader range of products to consider before making decisions, Prof. Hardy adds.

You could argue that big companies have more at stake in these decisions. They also risk brand integrity with elaborate marketing schemes. When guerrilla marketing goes wrong, it can end in a public mea culpa with corporate executives blaming creative types - or worse, it can end in court.

This worst-case scenario came true in 2007, when 40 LED signs bearing the likeness of characters from the Cartoon Network's Aqua Teen Hunger Force lit up Boston's traffic tunnels, bridges and buildings - resulting in a city-wide bomb scare. The ad agency failed to notify the authorities, even after learning that the devices, filled with lights and wires, had caused a terrorist alert. Artists paid to install them wound up facing charges. The broadcaster paid millions to the city and homeland security. The Cartoon Network's general manager resigned.

Snapple also failed the guerrilla test when it tried to market a new brand of frozen treats in 2005 by erecting a 17-tonne popsicle in the middle of New York's Union Square. The plan was called off when it began to defrost ahead of schedule and pink, sticky liquid seeped into the streets, posing a danger to cyclists and motorists.

And across Canada in 2009, Swedish-based furniture giant IKEA spray-painted ads for its "any space can be beautiful" home décor contest on public sidewalks and buildings, much to the dismay of local business owners. The furniture retailer apologized and admitted the 400-sign stunt was poorly executed.

Prof. Hardy also points out that guerrilla marketing can mean partnering with a charity that aligns with your branding. He cites Tim Hortons' summer camp fundraising, which he admires as a "clever part for its wholesome Canadiana image."

If your small business is still set on skywriting, both Mr. Denny and Prof. Hardy warn that guerrilla marketing doesn't work in isolation.

Well-executed marketing conquests always unfold in concert with a larger campaign. The Claritin ad didn't manifest in the sky without backup - Live Claritin Clear Today is also a slogan cultivated in television ads. And a flash mob of demonstrators dressed in white pointed upward to make sure pedestrians in busy streets looked up.

Even for established companies, it's about marketing smart, not just big - Claritin's explanatory YouTube video ends with reassurances about the plane's carbon footprint. 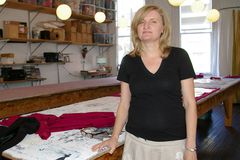 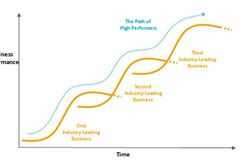 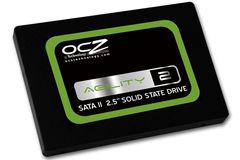 What makes Indian food authentic? Not the heat
June 6, 2011
Follow us on Twitter @globesmallbiz Opens in a new window
Report an error Editorial code of conduct