Bruce Livingstone has always considered himself a musician first-his résumé includes a six-year stint in a punk band, the Bittermen-but he made his fortune as an entrepreneur. In 2000, he created Calgary-based iStockphoto, recognized as the first microstock photography company.

Livingstone's concept proved to be a hit: Photographers submit their images to the firm's website, which offers them for sale at royalty-free, low-priced rates, while photographers receive a percentage on all transactions. In 2006, Livingstone sold the company to Seattle-based Getty Images for $50-million (U.S.), but agreed to stay on as iStockphoto's CEO. A year later, he took on two additional roles-which required that he move to Seattle. By late March, 2009, Livingstone had resigned from all of these positions.

Why did you leave?

It was time for me to go. IStock was maturing into a large business and needed a change in senior management. They wanted to go in a different direction.

How did you happen to start iStockphoto as a hobby?

I was at a design firm, and we would shoot a lot of stuff. We didn't have anything to do with the photography after we used it, so we decided to give it away. In a few months, I started to get all these e-mails and calls from people saying they had lots of photography that they would like to share, too. So we came up with this idea where if I downloaded one of your photographs, then you would get a credit and you could use that credit to download someone else's photograph.

How did it morph into a business?

It was late 2000 when I got this [Web]hosting bill for about $10,000. I had to do something or shut it down. So we decided to start charging for those download credits. We charged 25 cents to start with. And it was at that time that we decided to return 20 per cent of that back to photographers. So they would get a nickel every time they had a download. And that was significant. We didn't realize it at the time, but that was the birth of microstock.

Why did you decide to sell out?

It wasn't an easy decision. We had just done $12-million in revenue in 2005. We were at the edge of this tremendous growth curve, and we needed to upgrade all our systems and rewrite the site-an investment in hardware that looked like about $10-million. On the software side, we figured a matching contribution of another $10-million. So we needed about $20-million to stay No. 1.

I met with [Getty Images CEO]Jonathan Klein in Seattle, and we hit it off. And then of course, there was the $50 million in cash, which also helped.

What was it like to move from start-up entrepreneur to working for a large corporation?

I knew at the time that if I stayed on, I could guide the site in the right direction, make sure that it stayed intact and that the spirit of the site would remain what it always was. The deal between Jonathan Klein and I was that I would continue to run iStockphoto without interference. That happened for three years before it seemed like things were going to start changing.

My family and I are looking forward to a summer on our boat. I don't really know after that. I'm already doing a few things, but nothing full-time yet.

Any advice for people creating a Web-based business?

I would say that failing is just as important as succeeding. You've got to risk some mistakes in order to have a hit. And you'll probably fail more than half the time, but don't be scared to take risks.

And your own track record?

I've got six dead companies under my belt. I'm at about a 60-40 failure ratio right now. 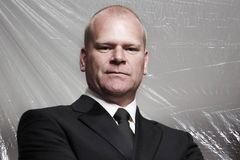 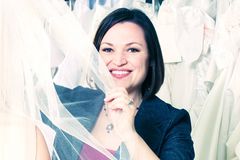 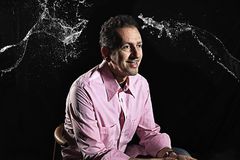