Recently, I saw a "pop-up" concert performed by my friend Lenni Jabour at big-box book retailer Indigo in downtown Toronto.

A pop-up show is an unannounced event in a public space, and Ms. Jabour has been choosing to commandeer pianos sitting unattended in public places.

The shows are one part civil disobedience and three parts soulful art designed to provide an unexpected lift to people who happen to be in the right place at the right time.

The piano at the Indigo store in the Manulife Centre in downtown Toronto was a perfect target for Ms. Jabour's spontaneous show. It is a beautiful Kawai grand piano used mostly for decoration.

As Ms. Jabour approached the piano, shoppers started to take notice. As she started to play, an Indigo employee wandered over, curious to see who had taken over the piano without permission.

But as Ms. Jabour played, the Indigo employee realized her intentions were benign and let her perform. Shoppers watched as she sung five songs, each to an ever-growing round of applause.

At the end of the short performance, the store's cashier walked over to thank Ms. Jabour for such a wonderful concert and handed her an Indigo gift card as a small token of the store's appreciation.

Neither the employee nor store management had been given advance notice, so I'm fairly certain the Indigo employee was acting on good judgment alone.

Within a couple of songs, as you can read and see on Ms. Jabour's blog, two security guards approached and asked her to leave, robbing the venue of the opportunity of a delightful free concert for its shoppers.

What would your employees do in a similar situation?

I'm fairly sure there is no rule book for how to handle a pop-up concert at either location, yet one employee chose to reward Ms. Jabour with a thank-you gift and the other asked her to leave.

I'm a big fan of having an employee manual, but sometimes you can't cover every eventuality that could arise in your business.

I used to own a research company. We hosted an annual special event for our customers. The event was a once-a-year opportunity for us to meet our clients and show off our latest thinking. Every person in the room was a VIP to our business.

In the early days of running the conference, I would try to map out every possible thing that could happen, and give my employees rules for every problem that might occur.

The set of rules became longer and longer each year. Inevitably things arose that I just couldn't have predicted.

After seven years of running the event, I scrapped the rulebook, and now I give people one simple analogy to guide their behaviour: "Treat attendees as if they were guests in your home."

With a guiding philosophy of entertaining friends, it became clear to everyone how to act. If an attendee needed to store a bag, our staff offered to keep it safe. If an attendee was shy, one of our team members would engage him or her in some light banter to take the edge off. If a few people were meeting for a drink, our staff member would pick up the tab.

With a philosophy of how to behave instead of a set of rules, employees became more natural in how they interacted with attendees. Gone were the awkward pauses while an employee tried to recall the correct response to a situation.

My employees didn't need a rulebook; they needed an operating philosophy.

Indigo's mission is "to provide booklovers and those they care about with the most inspiring retail and online environments in the world for books and life-enriching products and services," and its first operating value is to "add joy to customers' lives."

So it really wasn't surprising that the Indigo employee let Ms. Jabour play.

Do your employees know when to throw out the rulebook and let your philosophy guide their responses to the unexpected? 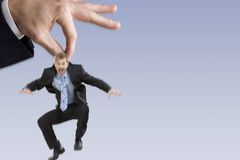 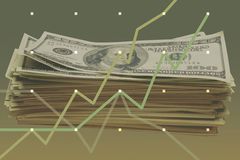 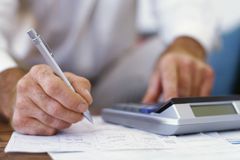 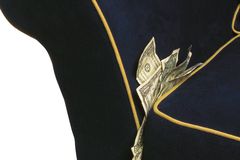