Let the suits moan over the death of the recording industry. The Canadian companies that manufacture music equipment and gear know that great tunes are meant to be played live (and loud). For them, success means always being on tour.

Five years ago, when Larry Guay and his wife Gillian were drumming up support for their fledgling drumstick company, they loaded up the family van and hit the open road. They drove across the Maritimes, Quebec and Ontario, visiting every music store they could find (flying to those further west), and politely asked if the retailers would consider stocking their line of super-durable hickory and maple drumsticks. The gambit paid off. Los Cabos has since outgrown two manufacturing facilities, settling into a 6,000-square-foot facility near Fredericton that's capable of spinning out 1,800 drumsticks a day-not a lot for Colonel Sanders, but a decent run for three back-knife lathes and five employees. That's enough for the company to turn an eye toward international expansion, but the former furniture maker says he'll always have a soft spot for his home market. "Canadian music retailers really support Canadian manufacturers," says Larry Guay. "It's like a breath of fresh air coming from furniture."

Levy's may be the only company looking to endear itself to the bullet-shooting balladeers of the world. Founded in Antigonish, Nova Scotia, in 1973, the company manufactures everything from rifle slings and knife sheathes to instrument bags and guitar straps. But it's the latter product line for which Levy's has become world-famous. "We view ourselves as the largest and the best manufacturer of leather guitar gear," says Harvey Levy, who has worked at the company his brother Denis founded for more than 30 years. Back then, the Levys operated a small storefront, punching out handcrafted leather belts, hats, watchbands and purses. Today, with a 16,000-square-foot facility in Winnipeg (a giant, musically themed mural wraps three sides of the building), and another in Antigonish, 150 employees produce 350 styles of guitar straps-and not just leather ones-shipping them to 75 countries worldwide. From classic tooled leather slings to neon green faux fur, Levy's built its business hoisting axes.

The techs behind rock 'n' roll's biggest acts know it takes more than a flannel shirt and a vintage Telecaster to blow the roof off a stadium. You also need some very big amps. And co-ordinating all that power requires an arsenal of audio switches, direct boxes, signal splitters and pedals-all of which Radial Engineering builds and ships worldwide. This is why Peter Janis's phone is always ringing (these days, it's Herbie Hancock, Tom Petty, Joe Cocker and even Slayer) with requests for more gear. "Ten years ago, I'd have jumped up and down if Herbie Hancock had phoned me up," says the 52-year-old founder. "Today, I have to put him on hold." A former product director for Fender guitars, Janis founded Radial in 1992, producing guitar-effects pedals (those of you who own a Metallica album may recognize the company's Tonebone distortion). But it's the unsung direct input box, a device that minimizes distortion and signal noise when connecting to PA systems and recording equipment, that made Radial what it is today-a company coming dangerously close to $10 million in annual sales. Even so, Janis still gets his biggest thrill talking about the music. "We all have aspirations to be rock stars," he says.

"We're one of the only companies that still cuts logs," says Robert Godin, explaining why the Eastern Townships of Quebec have been such an ideal place to build guitars. Of the 125-plus models of electric and acoustic guitars the company manufactures-they're sold under seven different brands-many will begin in the forests of cedar and spruce that carpet the province. Not that Princeville houses Godin's only factory. The company has nearly 600 employees spread over five facilities in Quebec and one in New Hampshire. Godin, who built his first guitar in 1972, says smaller factories provide a more intimate setting. But perhaps just as important, it allows the company to tightly monitor costs. "Some guitars, we barely make $10," admits the 62-year-old luthier. And while the elder Godin still designs the majority of the guitars, most of the day-to-day operations now fall to his two sons, Simon and Patrick (for whom he named a line of acoustics). Under their guidance, the company has grown to nearly $40 million in annual sales. "I have little function these days," admits Godin, "except that I'm everywhere."

Before this cymbal can be smashed at the climax of a blistering drum solo, Charlie Brown will hammer it upward of 2,500 times. Wherever the mallet connects, the bronze compresses, becoming thinner, denser and harder. It's what gives Sabian cymbals their unmatchable depth. The company has been producing cymbals this way since 1981, but the history goes back much further. Founder Robert Zildjian is a scion of the great Zildjian family, which began crafting cymbals in Istanbul during the Ottoman Empire. A legal dispute led him to set up Sabian (named for his children, Sally, Bill and Andy) in New Brunswick. "We quickly realized there are no other cymbal makers in Canada," says Nort Hargrove, Sabian's VP of manufacturing. Sabian currently ships more than 900,000 high-hats, crashes, rides and other cymbals around the world each year. Rush's Neil Peart consults on designs. But even he isn't granted access to the room where Sabian's signature B20 bronze is forged. For all the firm's success, its process for making cymbals remains secretive and complex. "If it were easy," says Hargrove, "there would be more cymbal makers."

In the early days of rock 'n' roll, bass amplifiers were harder to find than the hair on Bill Haley's head. Taking advantage of the scarcity, Yorkville Sound-in particular, a repairman by the name of Pete Traynor-began assembling amps out of the back room of Toronto's Long & McQuade music shop in 1963. From that original run of four, the Traynor line of guitar amps was born. In their day, everyone from Chuck Berry to John Lennon plugged into one of Traynor's amps. Today, Yorkville Sound pumps out the jams from a custom-designed 150,000-square-foot plant just east of Toronto. Its specialty: retro-inspired custom valve amps that provide the warm, clean tones that only a set of vacuum tubes can deliver. Touring acts like Blue Rodeo and Hedley appreciate the sound but also the fact that the amps have been built to last. "The graveyard is filled with all of our competitors," says Doug Davies, Yorkville's VP of sales. "There's nobody who has out-survived us as an independent company."

In 2006, when Lenny Piroth-Robert began selling the cigar box guitars he had been building for friends, he would pick up the tobacco boxes (which form the resonating chamber of the instrument) from local smoke shops. These days, he has the mahogany and cedar boxes custom-made in the Dominican Republic. It's a testament to his success that what could easily be tossed off as a curiosity-the traditionally four-stringed strummers were once a staple of 19th-century jug bands-has become a favourite of such cult rock heroes as Wilco's Nels Cline and Broken Social Scene's Andrew Whiteman (pictured left). With the help of three part-time craftspeople, Piroth-Robert builds a few hundred of the bluesy little instruments each year, selling two-thirds of them internationally. The guitars vary in sophistication and price (from $285 to $1,400), more so now that Daddy Mojo has moved into custom work. "The high-end models are a lot more fun to make," says Piroth-Robert, noting the Moroccan-inspired guitar he recently designed for Whiteman. Presumably, they're equally fun to play.

Originally published in the September, 2010 issue of Your Business magazine. 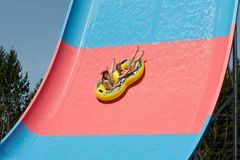 Couple trades corporate life for bakery
March 18, 2010
Follow Brad Wheeler on Twitter @BWheelerglobe
Report an error Editorial code of conduct
Due to technical reasons, we have temporarily removed commenting from our articles. We hope to have this fixed soon. Thank you for your patience. If you are looking to give feedback on our new site, please send it along to feedback@globeandmail.com. If you want to write a letter to the editor, please forward to letters@globeandmail.com.
Comments