After more than two decades in the payday-loan industry, Anthony Piet faces his most difficult year in the business.

Mr. Piet operates eight Money Mart franchises sprinkled across Canada, located in small towns such as Banff, Alta., and Timmins, Ont. Legislative changes in numerous provinces – including Ontario, to take effect on Jan. 1 – have squeezed payday lenders, in particular smaller players such as Hamilton-based Mr. Piet. New rules reduce how much they can charge and put restrictions on lending.

The much-maligned payday-loan industry sells short-term loans at a high cost, mostly to lower-income Canadians. If a person doesn't have access to credit, but is short on money in between paycheques and needs to cover something essential, such as the hydro bill, a lender such as Money Mart is an easy and fast place to get cash. The loans are generally repaid quickly, but the fees, which long stood at more than $20 for every $100 borrowed, added up to an annual interest rate of 500 per cent and more.

Provinces across Canada have tightened the rules that govern the industry. Payday lenders insist they provide an essential service, but they have been widely criticized for exploiting vulnerable customers and charging too much. Now they say their margins are being squeezed so badly that they're fighting for survival.

Payday lenders have been forced to lower fees and loosen terms. In 2016, Alberta passed its Act to End Predatory Lending. Among several changes, including an extended payback period for a loan, the fee for every $100 borrowed was capped at $15. British Columbia, at the start of 2017, reduced the maximum allowable fee to $17 from $23 and instituted an extended payback period if a third loan is taken out within two months. Ontario cut its rate to $18 from $21 for 2017 – and on Jan. 1, 2018, Ontario will cut the figure to Alberta's cap of $15. Ontario is considering an extended repayment period, too.

The various changes have been a challenge for payday lenders. In Alberta, where the traditional two-week loan is gone, lenders have moved to figure out different products. One is to offer instalment loans, sometimes for larger amounts, payable over an extended period. Fewer customers qualify, however, and smaller payday lenders can't get the capital needed to finance longer and larger loans.

Another challenge is the new technology. Instant Financial Inc., a Vancouver-based startup, released an app this year that lets workers paid by the hour get their day's earnings after a shift. It's free for employees. Employers pay a fee. The focus so far is the hospitality industry, and includes companies such as McDonald's and Outback Steakhouse in the United States. Instant has about 175,000 people on the service in the United States and about 5,000 in Canada. Wal-Mart has a similar product, which it sourced from another company.

"We can shake our fists at payday lenders and say it's predatory lending. We took a different approach and said, 'We're going to fix this,'" said Instant chief executive Steve Barha.

The number of payday lenders operating in Canada has been on a downward trend for several years, in part because of the new legislation. In 2017, there are an estimated 1,360, down 5 per cent from 1,434 in 2015.

For Mr. Piet, with one Money Mart in Alberta, he has taken pragmatic measures. He has reduced hours of operation, cut advertising and pulled back on community contributions. He called his Banff store's future "tenuous."

In Ontario, where his Money Marts are in Timmins and Simcoe, Mr. Piet doesn't feel the new rules in the province foretell looming closures but feels like he is in a vise as he draws up budgets for the coming year. "Everything is under the microscope," he said.

The loss of venues such as Money Mart isn't good for Canada, Mr. Piet said. "People aren't borrowing money for frivolous things," he said. "It's the unexpected car repair. It's the risk of hydro being cut off."

The typical payday-loan customer often has no other option, according to a report from the Financial Consumer Agency of Canada, Ottawa's independent consumer-protection watchdog.

Payday-loan customers deal with the anvil of bad credit. Only one-third have access to a credit card, and only one out of eight have a bank line of credit, according to the October, 2016, report. The agency declared payday loans "an expensive way to borrow money," but also highlighted their increased use – rising to about 1 in 25 Canadians in 2014, from 1 in 50 in 2009.

This getting stuck in expensive debt was a primary target of industry critics – and then of elected officials. "We have put an end to 600-per-cent predatory interest rates and vicious cycles of debt," said Stephanie McLean, Minister of Service Alberta, in 2016.

The capped rates, the payday-loan industry argues, are too low. The $15 figure is below what a 2016 Deloitte LLP report, paid for by the industry association, said it costs a lender in Ontario. Deloitte tallied the operating cost for every $100 at $11.39, but additional costs – including about $5 to cover bad debts – pushed the number to $18.14.

"When your revenue drops 30 per cent, it has an impact," Mr. Irwin said. "It's a huge concern for the entire industry, but especially for our smaller members. They don't know if they can survive. They're small businesses." 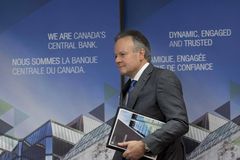