Three years before he got into the waste-disposal business, Ray LaLonde became a father. And having kids who are growing up in the era of environmental consciousness has had a profound impact on the way he runs his company.

"I don't use landfills any more," says Mr. LaLonde, owner of Clean Away Disposal, which serves the Metro Vancouver region and specializes in removing debris from small to medium construction projects – in particular, buildings that are Leadership in Energy and Environmental Design (LEED) certified.

"I have three young children and I care about the environment, and I don't like where it's going. My eight-year-old and my six-year-old twins have their own recycling bins, and it's hard to explain why a lot of recyclables end up in landfills. It doesn't make any sense. Everybody's got to do their part to make a difference."

The construction industry is a major source of waste. But combine the popularity of green buildings with the fact that many jurisdictions have already implemented recycling bylaws on construction sites, and the need for eco-friendly enterprises such as Mr. LaLonde's is only going to escalate.

According to Construction Specifications Canada, an industry association, construction and demolition waste – such as asphalt, concrete, gravel, bricks, ceramics, plumbing, insulation, wood, glass, metal, and electrical fixtures – make up 23 per cent of the overall waste stream. The industry is also the greatest producer of wood waste, making up between 25 and 45 per cent of all solid waste generated in North America.

In Portland, Ore., one construction project, a 5,000-square-foot restaurant, yielded 12,344 pounds of waste, including 7,440 pounds of wood, 1,414 pounds of cardboard, and 500 pounds of gypsum wallboard – materials that are all recyclable.

In fact, more than half of construction and demolition-related debris is recyclable or reusable and doesn't need to end up in landfills. Construction waste is sometimes illegally dumped or burned, resulting in land, air, and water pollution.

In addition to key areas such as energy use and water consumption, the program recognizes performance in the reduction of waste of materials and resources. For new construction projects, LEED awards up to two points for diverting between 50 and 75 per cent of demolition, land clearing, and construction waste from landfills and redirecting recyclables back to the manufacturing process. LEED guidelines allow diversion to include the salvage of materials on-site and the donation of materials to charitable organizations.

Even though environmentally responsible practices are increasingly common, there's still a lack of awareness about minimizing waste, and some contractors mistakenly assume that environmentally friendly practices will increase their costs, according to Public Works and Government Services Canada.

However, there's a business case to be made for sustainable refuse removal. The diversion of waste from landfills can reduce disposal costs by up to 30 per cent, the federal body claims, through lower tipping fees as well as the sale of reusable materials – materials that are becoming more and more valuable as the cost of construction goes up and the availability of natural resources – such as lumber – goes down.

Mr. LaLonde says that taking construction waste to specific material-recovery facilities can sometimes be more time-consuming if he's working on a project that's located closer to a landfill.

"Even compared to when I started out, we have a lot more choices," he says; his company's services also include coming up with demolition- or construction-waste management plans and providing documentation that's required for LEED certification. "The whole thing has really taken off in the last two years." 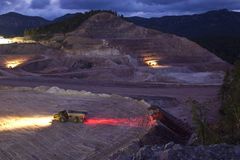 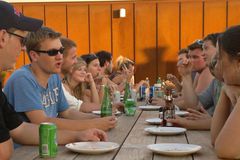 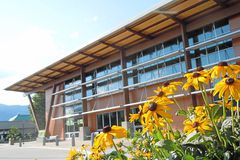 How to weigh your green impact
November 7, 2011 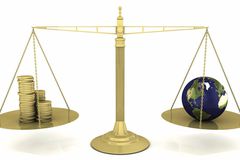