It started as a bit of an inside joke.

Back in 2006, atop of "7th heaven run" on a bone-chilling day in Whistler, Jeff Phillips pulled a scarf over his face and tore a hole around the mouth so that he could get a drink. That simple act snowballed, eventually sparking the idea for Beardo – the world's only hat with a foldaway, detachable and adjustable beard. With help from a buddy's grandmother and an ex-girlfriend with knitting skills helped Mr. Phillips refine the design and develop a workable prototype.

The company formally launched last November, during "Movember," when they sold 1,000 caps in 31 days. Mr. Phillips was amazed at the traffic to his site when it launched. Within hours, the product was popping up on blogs, from as far as South Korea.

Most of the company's advertising is word of mouth or through social networking sites and blogs. A post on Reddit actually crashed his company's server.

Mr. Phillips also attributes Beardo's success to the company's Facebook Fan page, which is growing at a rate of 100 to 200 fans a day. Women make up the majority of the customers, but most are buying them as gifts for their husbands or boyfriends. "Wives and girlfriends have made it clear that the Beardo is a good substitute for a real beard as they can simply take it off or fold it away," says Mr. Phillips.

The hockey playoffs also helped drive interest to the website, with fans ordering Beardos in their team colours. There's a Toronto Maple Leaf version, and the blonde beard was popular with Boston Bruins fans this year. To meet the demand out of Vancouver and Montreal, they're planning a Johnny Canuck and Habs style next season. A toque based on hockey colours. How appropriately Canadian.

Mr. Phillips grew up in Stratford, Ont. but decided to stay in Australia, following his time at James Cook University in Queensland. He now splits his time teaching English to backpackers traveling through Australia and working on the company.

"I have shown people in Australia the design and it's clear they don't really get it...blankly looking at it. Canadians know exactly how it works and what its for. Their eyes tend to light up when they see the Beardo."

Currently Beardo is sold online-only, although Mr. Phillips hopes to change that soon. His next step is to become more involved in trade shows, with the eventual goal of moving into brick and mortar stores like West 49 and Urban Outfitters. While this may seem like a lofty goal, Mr. Phillips may be have recently hit the entrepreneurial jackpot, so to speak.

A serendipitous phone call from Dragon's Den, asking him to fly to Toronto to appear on the show, may just be the lucky break he was hoping for. Though a confidentiality agreement prevents him from disclosing any details - we'll have to wait until the show airs the fall - Mr. Phillips is optimistic about the company's future and one day hopes to open his own Beardo storefront. 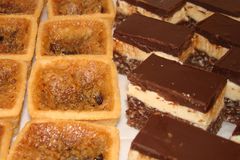 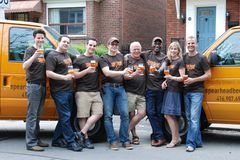 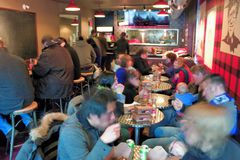 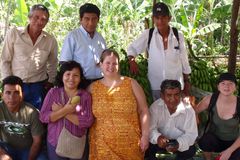 At White Meadows Farms, thousands of litres of maple syrup are made
June 30, 2011 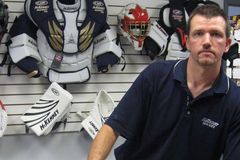 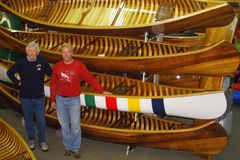