Dan Robinson appears at the counter with a tray full of small stainless-steel cups. “This is Moroccan lamb stew with dried apricot and apple and this one’s the Italian sausage and the potato,” he says.

Mr. Robinson is the head chef of Burnt Tongue, a restaurant based in Hamilton that specializes in soup, Belgian fries and grilled cheese sandwiches.

Our group, which is comprised of bloggers, restaurant owners and foodies, listens attentively. We’ve stopped by Mr. Robinson's restaurant as part of an 11-hour food crawl across Hamilton, organized by the city’s economic development team.

Dan Robinson is the co-owner of Burnt Tongue, a popular restaurant in Hamilton (Katherine Scarrow / The Globe and Mail)

Mr. Robinson grew up working in his family's restaurants. He explains his vision to make Burnt Tongue “feel old.” But he also reveals an obsession with keeping the menu fresh “so there’s something new for our Instagram followers on a daily basis.”

His enthusiasm for Hamilton's thriving restaurant scene is undeniable.

Michael Marini is the marketing coordinator for Hamilton's economic development office. The 11-hour 'food tour' was his brainchild.

Like U.S. cities in the Rust Belt like Buffalo, Milwaukee, Pittsburgh, Cincinnatti and even Detroit, Hamilton is in the midst of a renaissance, driven largely by real estate prices.

“What I love about Hamilton is the emerging entrepreneurial sector. Because of the prices, you can make change in this community,” says Jason Thorne, general manager of planning and economic development for the city of Hamilton.

Small business owners are the catalysts for revitalization and redevelopment, he says.

Condomium developers tell him that one of the main reasons young people are moving back downtown is “because of the the vibrancy and activity in the core.”

More than 20 residential buildings are in the works for the downtown core, according to the Hamilton Spectator.

“Before, we couldn’t really offer that sense of place,” he says. “Now we’ve got that.”

Jason Cassis is a serial entrepreneur investing in the city’s future. Upstairs at the stylish Aberdeen Tavern, he announces his plans to open Dundurn Market a couple doors down.

“Dundurn Market is a reincarnation of the corner market,” he says. “Many years ago, if you were Polish, you’d go to the Polish market. We’re trying to recreate something that would’ve existed in the 1940s.

It's the appetite for different, emerging trends that's driving force of the food scene, he says.

“I’m bullish on Hamilton. It’s a great place to invest for the next decade or more."
Jason Cassis, owner of Aberdeen Tavern and Dundurn Market

"You match this enthusiasm for 'the new' with competitive rents, which the city of Toronto that can’t come close with, and you’ll probably do well here."

Hamilton used to be “a grand ol’ city that fell into tougher times. But now the city's on fire,” says Paven Bratch, owner of Radius restaurant.

Radius started as a café before Mr. Pratch decided to turn it into a bar-lounge. (Katherine Scarrow / The Globe and Mail)

Radius is an expansive, cosmopolitan restaurant which also features a 185-seat multi-level patio. Any similarity it bears to the Madison Ave Pub is deliberate. Mr. Bratch says he was inspired by the popular student hangout when worked in Toronto.

Underpinning Hamilton’s transformation, along with affordable real estate prices, is a close-knit group of entrepreneurs with bold visions for the city.

Entrepreneurs like Ben Greco, who recently quit his 15-year marketing career to open Delirious Burger Co. in the Westdale neighbourhood, says merchants in the area were helpful and encouraging.

“Hamilton is a great place to open up a business – you get a lot of support from the city,” he says.

Matt Bastile, owner of Toronto's Fidel Gastro food truck and Lisa Marie restaurant, speaks with Delirious Burger owner Ben Greco. Mr. Greco says that his wife said he must be"delirious" after telling her he was quitting his job to open a burger joint in Hamilton. (Katherine Scarrow/The Globe and Mail)

Tate Graham, owner of hipster-pub The Ship, echoes the sentiment. Ten years ago he followed his friends from Picton to Hamilton, and says he has no regrets.

"People are really embracing the restaurant scene and seeking out the new spots, rather than sticking to what’s familiar. The Ship is proof – we’ve gone gangbusters in the past two years."

Mr. Graham also speaks to the 'small town' feel Hamilton has, despite its population of more than 500,000 residents.

“All the restaurant owners are friends. If I run out of tomatoes, I can run across the street and pick some up.”
Tate Graham, owner of The Ship

The transformation seems to be driven not only by entrepreneurs’ willingness to seize opportunity, but also the desire to build neighbourhoods.

Relay Coffee Roasters supplies small batches of fair-trade certified and organic coffee to restaurants and businesses across the city. Founder Jason Hofing saw an opportunity to open a bricks-and-mortar shop in an up-and-coming neighbourhood.

“There wasn’t a lot of coffee happening on Concession Street, which is one of the oldest business districts in Hamilton. We thought it would be a great time for this.”

Coffee culture isn't the only trend Hamilton's picking up on.

A few streets over, Mario Spina is establishing himself as the go-to guy for Neapolitan-style pizza .

The owner of Naroma Pizza Bar, who recently opened a second location in Burlington, tells our group that the secret to great-tasting dough is yeast to flour ratio.

Fast-food pizzerias use frozen, yeast-filled dough which doesn’t have time to rise naturally, he tells us. 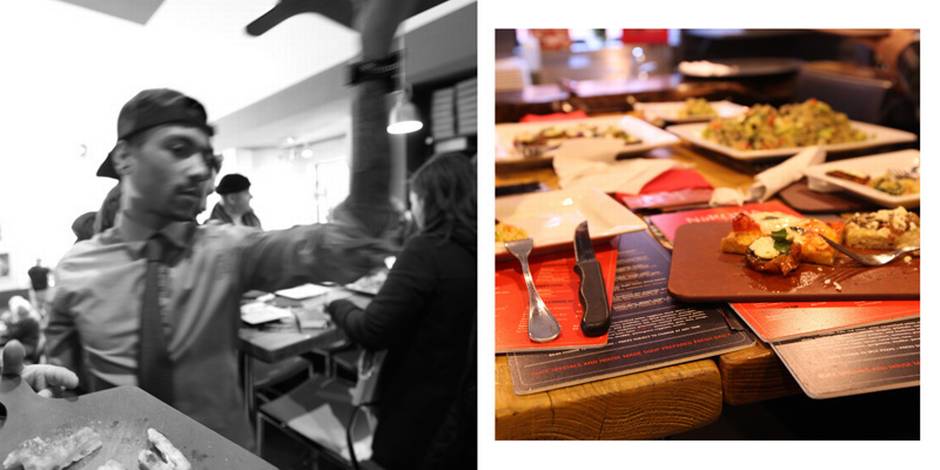 At Naroma, dough is treated with respect, because for Spina, less yeast yields more strength and flavour (Katherine Scarrow / The Globe and Mail)

The dough rises in your stomach, he explains, which is the reason why after a couple slices of pizza a pitcher of beer, “you feel huge.”

Matt Kershaw also has an eye for spotting trends and reviving neighbourhoods.

Matt Kershaw and Erin Dunham are the co-founders of The Other Bird Inc. group which includes a portolio of restaurants including The Alex, Rapscallion Rogue Eatery, Two Black Sheep, Black Sheep and Snack Bar in Hamilton, Ont. In Nov. the team raised over $100,000 to open a new taco bar called The Mule.

Our group meets up with the prolific restauranteur at Black Sheep Snack Bar on the Ottawa Street. For him, it's the most"walkable" street in Hamilton.

"There are so many shops – including four record stores," he says."And right now, most of our staff live around here because they can afford a nice house with a backyard."

Moments after explaining his passion for the neighbourhood, he walks us next door to the site of his his latest restaurant, Except for Kenneth. The South American-meets-Asian kitchen featuring dumplings, steamed buns and tacos.

Down the street, entrepreneurs Mike and Terrilea Pitton show off the bones of their new restaurant, set to open in the spring. 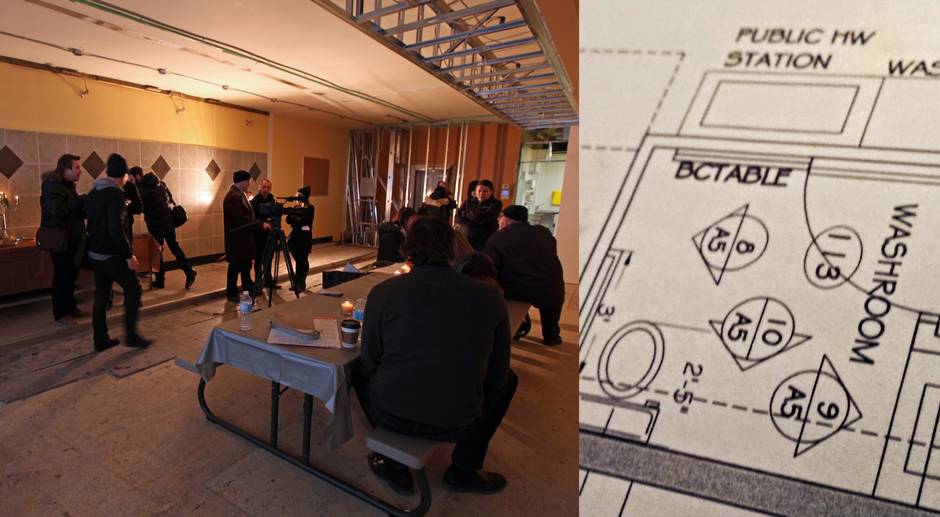 The couple operates the popular Southern Smoke food truck which features beef brisket, pulled pork, mac daddy and cheese among other items. The new restaurant, which they describe will be 'relaxed' and 'family friendly,' gives them the opportunity to evolve their menu.

“We have a huge vision and are super excited,” says Mr. Pitton.