In a cramped kitchen, Susannah Machelak inserted hemp-seed-seasoned oatcake dough into the hopper of Rotary Biscuit Moulding Machine No. 4. Seated at the other end of the machine, Manon Bucher pulled the triangle oatcake patties off a conveyor belt after the machine's rotating brass die stamped them into shape.

It resembles a scene from pre-war Britain, except that it unfolded in 2011 in the back room of For Good Measure, a store specializing in bulk organic foods in a suburb of Victoria. Once or twice a week, in four-hour shifts, the machine punches out several hundred oatcakes, biscuits and cookies, which are packaged under the Bonnie Bea label and sold in-store and in other health-conscious food stores in the Victoria area.

"Well, that's how we stay alive – just trying to find strange, new things to do to differentiate ourselves from other people," said For Good Measure owner Mark Young as he roasted peanuts destined to be crafted into peanut butter – another one of his survival strategies.

Mr. Young, 63, has owed the business, in Victoria's Cadboro Bay neighbourhood, for 35 years. The Bonnie Bea oatcakes are a recent addition to the store's offerings.

Mr. Young likes them so much that 18 months ago, when the women behind the brand, Bonnie Kreye and Bea Ellis, decided to sell their home-based bakery, he jumped at the opportunity. His purchase included all the assets — recipes, labelling, oven, mixer — and that biscuit machine.

"We just started making [the cakes]for ourselves and then other people wanted them," said Ms. Kreye, a retired art teacher who was still teaching when she and Ms. Ellis started making their eponymous oatcakes over a decade ago. "Then we thought we'd better get more serious about it."

At first, they fashioned the oatcakes by hand, cutting them manually into rectangles. Ms. Kreye had obtained an oatcake recipe from an elderly Scottish woman on Salt Spring Island. "And then Bea had memories of her mother making them in Scotland, and we tinkered with that."

As demand grew, they realized they couldn't keep pace with mere manual labour, so they looked for a machine to automate production. Bea chanced across one during a tour of an oatcake factory while visiting family in Aberdeen, Scotland.

"There were other machines that would make a flat dough, but nothing that actually printed out oat cakes individually," Ms. Kreye said. "So this was quite a delight to find."

She cannot recall what they paid for the machine – but she does remember that it cost much more to have the machine crated and shipped around Cape Horn, a journey that took six months.

No one knows how old the machine is, but Mr. Young suspects it was built in the 1930s. It looks even older than that, given that time has worn off half the paint on its protective covers, which are flecked with rust spots. A hand-typed manual, its pages discoloured with age, says it is machine No. 1424, manufactured by John Pelkman Engineering Co. Ltd. of New Malden, Surrey.

"We called it 'The Beast' because it was never easy to work with," Ms. Kreye said. "It's a real gem. It baffled many mechanics that we ran into."

Mr. Young said he was aware of the challenges when he bought the machine, but he is used to working with equipment – he owns a farm in nearby Cobble Hill that produces vegetables for his store.

"It takes a few trips to [Victoria hardware store]Capital Iron to find the nuts and bolts to keep it going," he said.

The machine enabled Ms. Kreye and Ms. Ellis to ramp up their production, but eventually, the women decided they'd had enough of the business.

"It was either get bigger or get out," Ms. Kreye said.

Mr. Young was only too happy to take over. He inherited their network of customers, which include two Lifestyle Markets in Victoria. But he hasn't had much success in expanding.

"We've actually found it surprisingly difficult to get into stores, and I'm not sure why because it's a unique little product," Mr. Young said. "We sell a ton of them here."

His son, Max, calculated that the machine will produce about 720 oat cakes, cookies and biscuits in a four-hour shift. Sold for $4.99 for a 150-gram package of 10, demand for the oatcakes doubles during the Christmas season.

Mr. Young has since added to the brand by producing biscuits made of Vancouver Island-grown red fife wheat, flavoured with hazelnuts from Foote's Hazelnut Farm in Chemainus, about 70 kilometres north of Victoria.

Tom Henry, who grows the red fife on two hectares of his farm in Metchosin, about 20 km from Victoria, said the biscuits are another step in introducing local grains into the local food diet.

"It's really neat to sit down and have tea with one of Mark's biscuits," Mr. Henry said. "I feel like it's a circle being completed. I look out the window at the grain, and there I am, having a biscuit that I put the grain in." 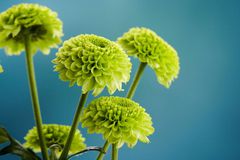 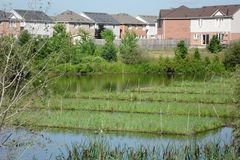 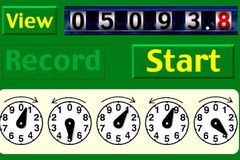 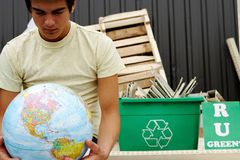 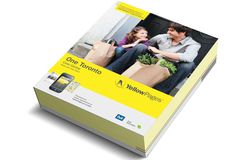 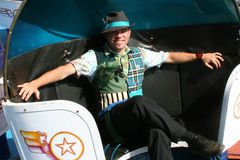 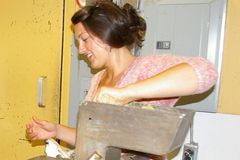