It's a strange thing to be interviewed for a job by a robot on your phone.

The robot in question in this case is Wirkn, a chat "bot" found within the popular messaging app Kik. Bots are quasi-intelligent automated programs you "talk" to by text, the same way you might with a friend or relative.

I picked Katy Perry and The Wolf of Wall Street from the respective options, leading the bot to proclaim me a "Party Animal." A GIF of the Muppets' Animal thrashing on his drum set illustrated the point.

Being a party animal apparently fits well in sales, which is presumably why the bot presented me with a couple of job openings at nearby retailers. Tapping on them took me to the full postings and further taps offered me the chance to apply.

If I'd followed through, I'd have sent my details to the prospective employers and had the chance to upload a 30-second video introducing myself. I'm quite happy with my current employment so I didn't, but I quickly got the point of the bot: The process is simple, kind of fun and totally mobile.

For the sort of part-time shift work Wirkn deals in, it also beats the old way of looking for a job. Dragging yourself out to potential employers, hunting down managers and hand-delivering résumés, only to possibly return later for an interview – it all seems so downright 20th century.

A growing number of companies, including Wirkn and Waterloo, Ont.-based Kik, are indeed betting that bots are going to be the next big thing. They expect that artificially-intelligent chat bots will address business inefficiencies and ultimately allow companies to reach more users.

Ironically, they also believe that bots – with their programmed touches of personality and ability to improvise simple conversations – will help build the sorts of relationships with customers, and even prospective employees, that many businesses have lost in the e-commerce era.

Merchants, for example, will be able to build bots that can field customer queries about an order's delivery status, refunds, cancellations, and so on. The idea is to save customers from having to comb through reams of information buried on a website or app, or from having to wait on hold on the phone.

Microsoft is also pushing bots within its Skype platform. Ideally, users will have intelligent assistants that can help find contacts, schedule meetings and even book travel.

Ottawa-based Shopify, which enables online commerce for many small and medium-sized businesses, is also working on developing a bot platform for its customers. To that end, the company last month acquired Kit CRM, a virtual marketing assistant messaging service.

"Messaging is the platform to bring back that intimacy into how we shop online," says senior product manager Brandon Chu. "The bot can be there when you're not there."

The push is coming mainly as an answer to the slowdown in apps. Tracking firm comScore reports that nearly two-thirds of smartphone users aren't downloading any new apps on a monthly basis, which means it's becoming harder for businesses to break into customers' consciousnesses.

The numbers also suggest that many businesses are wasting resources by developing apps that don't get downloaded.

"Your home screen is the ivory tower of the ones that made it," says Paul Gray, director of platform services at Kik. "Everything that's not on your home screen, you don't use that much."

Messaging apps, on the other hand, are experiencing explosive growth. Kik has 275 million users while Facebook has 800 million Messenger users, plus a billion on its WhatsApp subsidiary. Most chat apps are also only a few years old, making them among the fastest growing products ever in terms of customers.

In that vein, Facebook and other supporters are asking the obvious: If the majority of smartphone users are engaging with chat apps, why not use bots within them as shortcuts into attention spans?

It's a logical plan, but some experts doubt bots will end up as useful for businesses or consumers as they're being made out to be. Many point out that the AI behind them is still very limited, which means users still have to guess at what they can and can't ask them.

Some industry insiders believe the main beneficiaries of chat bots will be the platform companies. Facebook and Microsoft may be pushing bot platforms as a sort of de facto app store because they lost out in the smartphone war to Google and Apple.

"Facebook is hoping that lots of people build their little bots and they will get the benefit of it," says veteran chat bot programmer Rollo Carpenter.

Mr. Carpenter, whose Cleverbot has been a finalist in the annual Loebner Prize chat bot competition, says consumers are more interested in having a single, multifaceted AI assistant – such as the one voiced by Scarlett Johansson in the movie Her – than the multiple, single-purpose bots being pushed by the like of Facebook and Kik.

Google Now, Apple's Siri and even Viv – an ambitious new general purpose AI assistant unveiled earlier this month by Siri's creators – may not work perfectly yet, but they're on the right path.

"It may well be that these [bot] services have been done way too early because of competition between these big companies," he says. "In order to do these things properly, we need a truer form of AI or at least a truer form of machine understanding of language, which is not a solved problem at the moment." 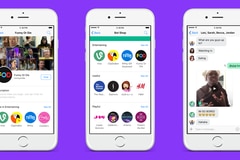 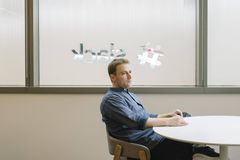