The largest independent producer of organic beer in Canada says it plans to maintain that independence by handing ownership over to its employees.

The plan, announced on Monday, will see the approximately 150 employees of Beau's All Natural Brewing Company buy the Vankleek Hill, Ont., brewery over the next 25 to 30 years.

"We very much want to stay independent and we feel that the best way to do that is to start moving ownership over to the employees," says Steve Beauchesne, chief executive officer of Beau's.

Mr. Beauchesne, 40, says he has no plans to step away from the business in the near future. Instead, he says he wants to create a succession plan that will leave the business in good hands when he is ready to move on.

"What I don't want to do is get to the point where I'm 60 years old and have no succession plan, no exit strategy in place," he says.

He says the company's 10th anniversary seemed like a good time start.

Currently, Mr. Beauchesne, his father and his siblings own 57 per cent of the company. Early employees and initial investors, all friends and family members, own the rest.

The shares that will be put up for sale come from both the family and investors. He says it will give those early backers, who haven't been allowed to sell their shares, a chance to get a return on their investment.

Around 4 per cent to 5 per cent of the business will be offered to the employees during the first year, says Tanya Beimers, the company's chief financial officer. Employees will be able to spend up to 2 per cent of their salary on those shares.

She says that limit may vary in future years, depending on how many shares shareholders want to put up for sale.

Just what the business will look like at the end of sale process remains unclear and depends on whether the children of Mr. Beauchesne and his siblings want to go into the business, he says.

The employee shareholders will be entitled to any dividends declared by the company's board of directors, but won't gain full voting rights. They will, however, have the right to vote any time a transaction is proposed that would change control of the company.

Employee share ownership plans are relatively uncommon in Canada, says Camille Jensen, the vice-president of ESOP Builders, a Toronto-based company that designs plans such as the one introduced by Beau's. She says they're more popular in the United States and Britain, where employee-owners gain specific tax benefits.

Unlike a worker-owned co-operative, where each worker gets a single vote, in an ESOP, voting is done by shares, Ms. Jensen says.

For business owners, it can be a way to maintain a legacy and protect their workers from layoffs in the event of an acquisition, she says. Those are key motivations for Mr. Beauchesne, who says his approach to business is shaped by his history as an "old-school punk rocker."

He says he wants to give back to his employees and ensure the brewery remains in line with his values. His beers are all certified organic and the company has received B Corporation certification, which requires companies to adhere to specific social and environmental sustainability standards. His big fear is that after he leaves, Beau's will be snapped up by a major brewery. While overall beer sales have been declining in recent years, sales of craft beer have risen. And that has large brewers looking to make acquisitions.

In October, Toronto's Mill Street Brewery was purchased by Labatt Breweries, part of Anheuser-Busch InBev, the world's largest beer-maker. That was followed by the November purchase of Turning Point Brewery, part of a deal that also saw Labatt acquire Mike's Hard Lemonade and Okanagan Cider.

There's no lack of independent breweries, though. There are more than 500 breweries in Canada, according to the trade association Beer Canada, and about 80 are scheduled to open in Ontario this year alone. It's a massive change from 2006, the year Beau's opened, when there were 86 breweries across Canada.

Brewer puts a cap on changing for investors
April 22, 2011 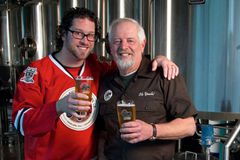 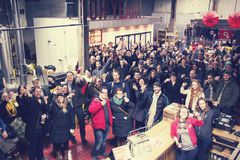